The Bucks and the reserve forward have reportedly agreed to a two-year deal. 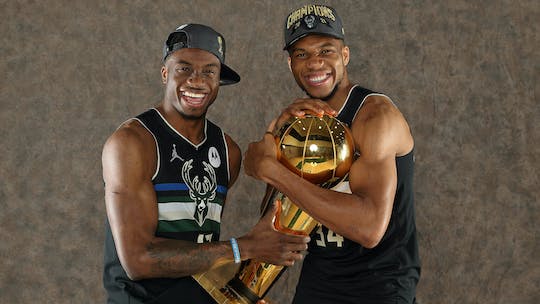 The Milwaukee Bucks are keeping reserve forward Thanasis Antetokounmpo in the fold for a few more seasons. Per ESPN’s Adrian Wojnarowski, Antetokounmpo and the Bucks have agreed on a two-year deal.

Antetokounmpo, the older brother of reigning Finals MVP and former two-time Kia MVP Giannis Antetokounmpo, has spent the last two seasons in Milwaukee. He averaged 2.9 points and 2.2 rebounds in 57 games (a career high) and was used in 13 playoff games, although in a much lesser role.

Prior to playing for the Bucks, he spent the previous three seasons playing in Greece and Spain. His first NBA season came in 2015-16 with the New York, where he appeared in just two games for the Knicks. Before getting his chance in the NBA, Thanasis Antetokounmpo spent two seasons in the NBA G League (2013-15).