Dragic brings experience to a Bulls team that finished 6th in the Eastern Conference last season. 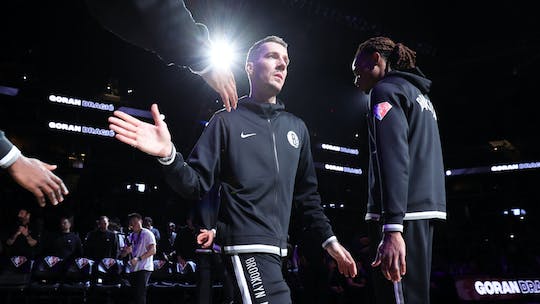 Veteran guard Goran Dragic will be signing with the Chicago Bulls as a free agent, various outlets reported Sunday.

Chicago marks Dragic’s sixth NBA team in what will be his 15th season. He averaged 7.5 points and 4.1 assists last season in 21 combined games with Toronto and Brooklyn.

Dragic, 36, joins a Bulls team that started strong but, plagued by injuries, faded as the season wore on, finishing sixth in the Eastern Conference before losing 4-1 to Milwaukee in the first round of the playoffs.