The 13-year NBA veteran reportedly heads to Brooklyn after negotiating a contract buyout with San Antonio. 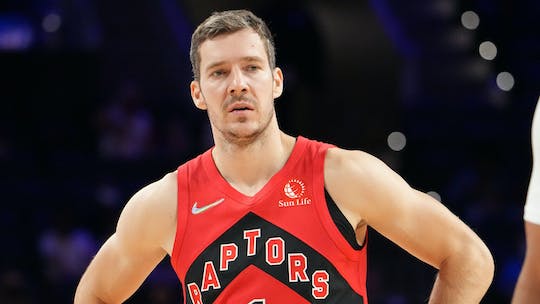 Veteran guard Goran Dragic reportedly is signing with the Brooklyn Nets, according to The Athletic’s Shams Charania. Dragic heads to Brooklyn where he will be reunited with former Suns teammate and Nets coach Steve Nash. Dragic and Nash played together in Phoenix from 2008 to 2011.

The Nets are reportedly waiving guard Jevon Carter to clear a roster spot for Dragic, according to Adrian Wojnarowski of ESPN.

Dragic was traded from the Toronto Raptors to the San Antonio Spurs on the Feb. 10 trade deadline The Spurs reportedly are negotiating a contract buyout with Dragic, making him a free agent.

A top buyout candidate, Dragic is a 13-year NBA veteran who has played in just five games this season, averaging eight points, 2.8 rebounds and 1.8 assists. The 35-year-old guard stepped away from the Raptors in November due to personal reasons. Toronto acquired Dragic in the offseason deal that sent Kyle Lowry to Miami.

He joins Kevin Durant, Kyrie Irving and their new teammate Ben Simmons in Brooklyn. The Nets (31-28) are currently in 8th place in the East standings.