The veteran big man reportedly is headed to Charlotte in a deal with Washington. 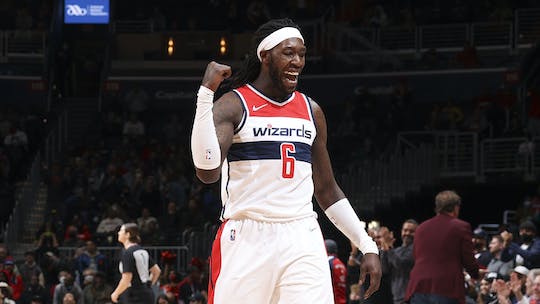 The Charlotte Hornets reportedly have acquired forward Montrezl Harrell in a trade with the Washington Wizards, according to multiple reports.

Hornets general manager Mitch Kupchak has been looking to add a center who can score and defend for quite some time. Harrell is 6-foot-7, but has a 7-foot-4 wingspan and he’s expected to play both power forward and center.

Center Mason Plumlee was acquired this offseason to help bridge the gap after big men Cody Zeller and Bismack Biyombo were not retained as unrestricted free agents.

The 28-year-old Harrell is a Tarboro, North Carolina native and is averaging 14.1 points, 6.7 rebounds and 2.1 assists in 46 games this season for the Wizards while shooting 64.5% from the field. During his seven years in the NBA, Harrell has averaged 13 points and 5.3 rebounds per game.

Harrell’s best season came in 2019 with the Los Angeles Clippers when he averaged a career-best 18.6 points, 7.6 rebounds and 1.1 blocks per game.

Smith has been Charlotte’s third-string point guard since joining the team this past offseason, playing behind LaMelo Ball and Terry Rozier. He has played in 37 games and averaged 4.5 points and 2.7 assists per game. He returns to the Wizards, where he spent the previous two seasons.

Carey, a former second-round pick, has played in 23 games during his career and is averaging 2.3 points per game.