Smart has spent his entire career with the Celtics, who drafted him sixth overall in 2014. 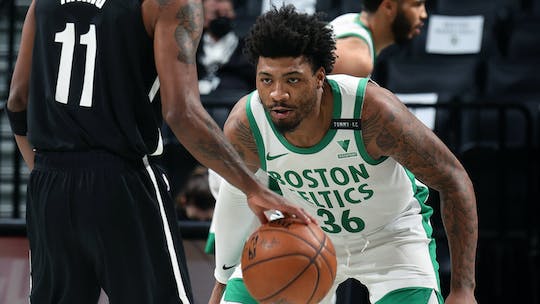 The Celtics are keeping guard Marcus Smart in Boston for the foreseeable future. Per reports from Shams Charania of the Athletic and Adrian Wojnarowski of ESPN, Smart has agreed to a four-year extension, worth $77 million. The new deal will reportedly start in the 2022-23 NBA season.

Smart, who has spent his entire career in Boston, averaged a career-high 13.1 points and 5.7 assists during the 2020-21 regular season. Smart earned an All-Defensive Team selection for two straight seasons in 2019 and 2020. Additionally, he has helped the Celtics reach the Playoffs in each of his seven seasons with the team.