Gordon will reportedly sign a new deal worth over $90 million. 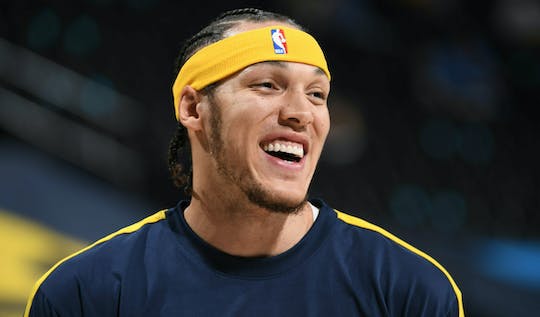 The Denver Nuggets will sign forward Aaron Gordon to a four-year, $92 million extension after both sides reached an agreement, according to multiple reports.

The extension will keep Gordon under contract through the 2025-26 season, with a player option on the final year.

Gordon played in 25 games for Denver last season after being dealt from the Orlando Magic at the trade deadline in March. He averaged 10.2 points on a career-high 50% shooting from the field and 4.7 rebounds.

His biggest impact was often felt defensively last season, where he held opponents to 3.2% worse shooting marks than their normal averages when he guarded them.

In the first round of the playoffs, Gordon’s contributions helped an injury-plagued Denver unit eliminate the Portland Trail Blazers in six games before being swept by the Phoenix Suns.

The athletic forward enters his eighth season in the league. He turns 26 on Thursday.