The veteran guard is reportedly signing with his 2nd team this season. 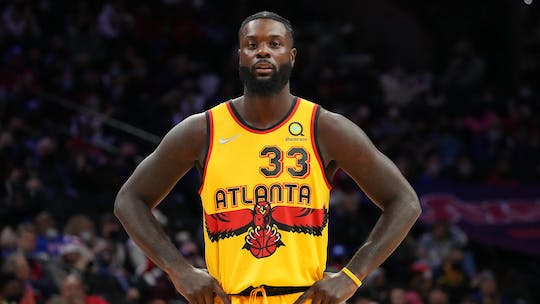 Nine-year NBA veteran guard Lance Stephenson is set to make his third stint with the Indiana Pacers and reportedly sign a 10-day contract via the hardship exception with the team, according to multiple reports.

Stephenson finished up his 10-day contract with Atlanta on Saturday (PHT) following the Hawks’ 121-118 victory over the Cavaliers. He stayed in Cleveland overnight, awaiting the Pacers' arrival the next day ahead of Monday’s (PHT) game against the Cavaliers, per Pacers reporter Scott Agness.

Stephenson appeared in six game for the Hawks, averaging 1.8 points, 2.5 rebounds and 1.8 assists per game.

The 40th overall pick in the 2010 Draft, Stephenson was selected by Indiana where he spent his first four seasons in the NBA. The 6-foot-5 guard helped the Pacers reach the playoffs for four straight seasons from 2010 to 2014, including the Eastern Conference finals in 2014. He went on to play with several different teams including the Charlotte Hornets, LA Clippers, Memphis Grizzlies, New Orleans Pelicans, and Minnesota Timberwolves before returning to Indiana for one season in 2017-18.

The Pacers (14-22) are currently sitting in 13th place in the Eastern Conference.