The 28-year-old guard reportedly will join Washington as part of a five-team trade. 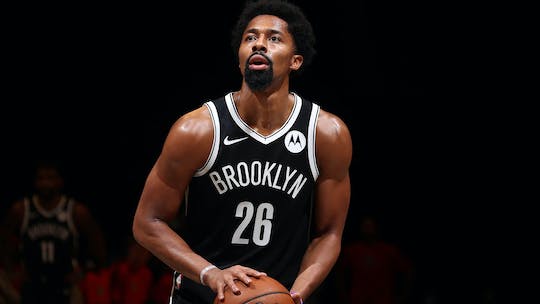 Free agent guard Spencer Dinwiddie reportedly will join the Washington Wizards on a three-year, $62-million deal as part of a multi-team trade between the Wizards, Brooklyn Nets, San Antonio Spurs, Indiana Pacers and Los Angeles Lakers, according to multiple reports.

The Nets reportedly will receive a 2024 second round pick and a 2025 Draft swap with Washington in exchange for Dinwiddie. The Spurs will receive forward Chandler Hutchison and a 2022 second round pick from Washington as part of the deal. The draft night trades between the Wizards, Pacers and Lakers will be combined into this deal, which can become official after Aug. 6.

Here are the complete details of the reported deal:

Dinwiddie played only three games last season after suffering partially torn ACL. During the 2019-20 season, he averaged career-highs for points (20.6) and assists (6.8).

Hutchison, a 25-year-old forward, was selected with the 22nd overall pick by the Chicago Bulls in the 2018 draft. He played two seasons with Chicago before being traded last season to Washington, where he averaged 5.2 points and 3.2 rebounds over 18 games.