The Lakers' third-year forward reportedly has a torn ligament in his right thumb. 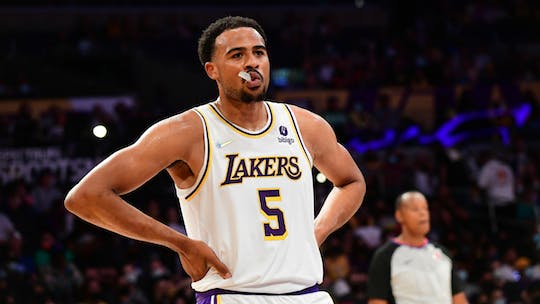 Los Angeles Lakers forward Talen Horton-Tucker will undergo surgery to repair a torn ligament in his right thumb, according to reports from The Athletic’s Shams Charania and ESPN’s Dave McMenamin.

There’s no reported timetable for his return. He missed Sunday’s preseason game with a right thumb sprain.

The third-year forward was expected to have increased opportunities this season in Los Angeles, where he joins LeBron James and Anthony Davis as the Lakers’ only returning players this season.