Take a trip down memory lane as NBA.com Philippines looks back on some memorable WNBA franchises. The WNBA has evolved beautifully since its first-ever tipoff in 1997. The league started with eight teams and has since settled into its current 12-team format.

Several teams have either folded or relocated but not before hollering “we got next” and leaving their mark. Here are some of those memorable teams worthy of a throwback shoutout.

While the NBA had the Hornets, the WNBA had the Sting. This team flashed the same teal, purple, and white home color combo—adding a splash of orange on the road.

Charlotte made it to the finals in 2001 but lost to the Lisa Leslie-led Los Angeles Sparks. One of its most notable greats is women’s hoops legend Dawn Staley.

Hornets legend Muggsy Bogues coached the Sting in 2005 and 2006 before the franchise folded in 2007.

The Orlando Miracle was the WNBA’s counterpart to the Magic, which was for sure a fun exercise for those tasked to pick the team name.

Although the Miracle didn’t quite perform actual miracles on the court, the team usually finished with respectable win-loss records. They relocated to Connecticut in 2003 and now play under the less magical but equally powerful team name Sun.

Aside from being franchises that no longer exist, the only other thing these two teams have in common is the cool names. 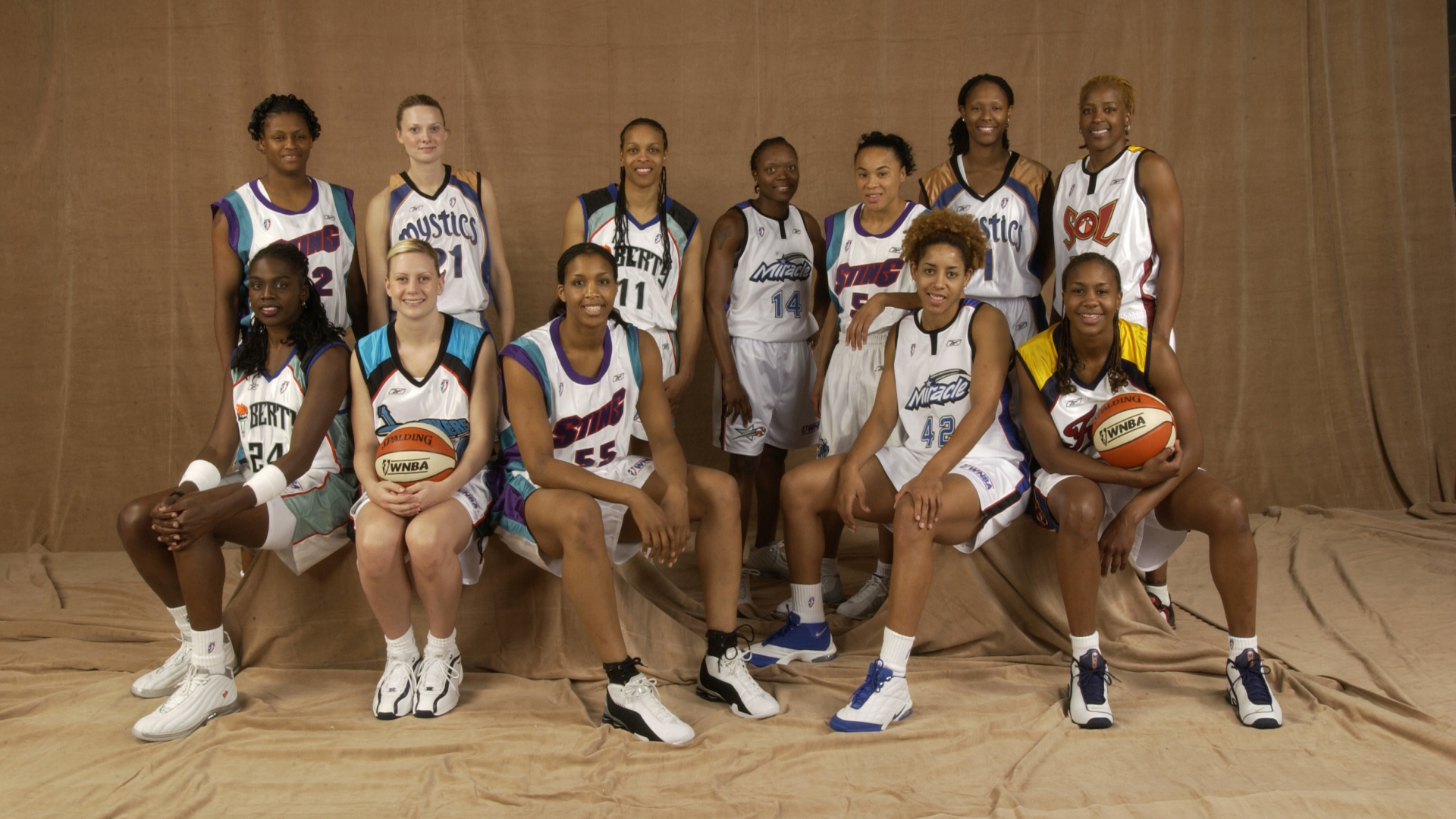 The Utah Starzz played in the inaugural season then relocated to San Antonio in 2003 as the Silver Stars. The franchise now operated under the more inspired Las Vegas Aces. As far as team names go, Starzz is quite the opposite of the three teams listed above.

Detroit Shock, both as a franchise and as a storyline, is one of the most interesting things that happened in the WNBA.

The Shock came in as an expansion team in 1998. The team failed to live up to its name in its first few seasons until Pistons legend Bill Laimbeer came in as the head coach.

New players and a new culture propelled the Shock into the finals where they defeated the two-time champ Sparks. It was the perfect story of grit and bouncing back strong.

Detroit won two more titles under Laimbeer. The team relocated to Tulsa then settled in Dallas as the Wings.

Dominance. That’s what the Houston Comets did since Day One.

They flexed the league’s first Big 3 in Cynthia Cooper, Sheryl Swoopes, and Tina Thompson. They hold the league’s best win-loss record in history (27-3) and are tied with the Seattle Storm with the most number of championships with four.

In the league’s first four years, the Houston Comets were untouchable. A rebuild (sparked by the retirement of Cooper) was the only thing that stopped the Comets.

The team wouldn’t win another title until it was disbanded in 2008 but the legacy of the Houston Comets was already secured.

They were the first champions, the first dominant team, and the first franchise to introduce winning to the WNBA.