Schroder looks to make the most out of Celtics stint

"This is one of the best franchises in NBA history and it will be an honour to put on the green and white and do what I love," says Schroder. 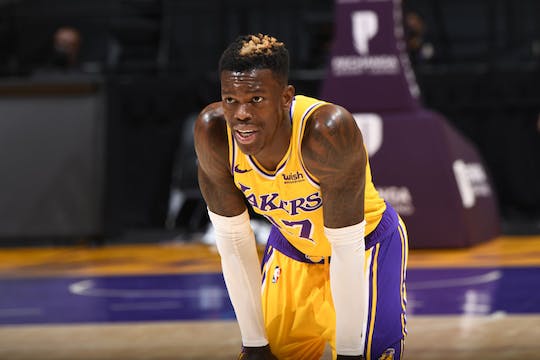 The Los Angeles Lakers are one of the teams that have stirred the pot this offseason. They have made massive moves that brought in veteran stars like Russell Westbrook, Dwight Howard, and Carmelo Anthony to join the LeBron James-Anthony Davis duo in their quest for another championship.

Dennis Schroder, who played for the Lakers for one season, became the talk of the town when it was reported that he would sign with the Boston Celtics.

It was not all that surprising that the Lakers let him go, given that his regular season showing of 15.4 points, 3.5 rebounds, and 5.8 rebounds did not translate into the playoffs. But it was the amount of money that Schroder missed out on that baffled NBA fans.

Reports came out midseason that the 27-year-old Schroder turned down the Lakers’ four-year extension offer worth $84 million, in the hopes of getting a bigger deal in free agency. When the market opened, Schroder did not receive any significant contract offers – with the Lakers acquiring Westbrook, they no longer had space for Schroder – which forced him to settle for a one-year $5.9 million deal with the Celtics.

By betting on himself and hoping for a bigger contract, Schroder’s salary plummeted down to the taxpayer mid-level exception value. Boston definitely got a free agency steall, and if Schroder buys into the process, he could benefit from it too.

"I'm proud to announce that for the 2021-22 season I'll be playing for the Boston Celtics!" Schroder said through an Instagram post. "This is one of the best franchises in NBA history and it will be an honour to put on the green and white and do what I love! I'm going out there every night and leaving it all on the floor for the city!! Who's ready?"

Signing Schroder made sense for the Celtics, especially after they let go of point guard Kemba Walker. Schroder will share the playmaking duties with Marcus Smart, providing more options that could complement their stars Jayson Tatum and Jaylen Brown. Schroder can also use his championship experience to mentor the young players on the team, including newly acquired Cole Anthony.

The Celtics’ odds of making it big this season were boosted because of the amount of talent that they now have on the roster, plus the bargain deal left them with more financial flexibility ahead of next summer.

Schroder, on the other hand, has the option to use the upcoming season as a takeoff point. He can use his Boston stint as a “redemption period” that can help him when he re-joins the market in the offseason.

Overall, things might not make sense right now, but that’s just the way this sport goes. On paper, Schroder’s move was a questionable decision in every angle you look at it. But in the long run, the added minutes, increased responsibility, and opportunity to prove his worth could be the turnaround he needed to help extend his career.