Isaac Go discusses one of his takeaways from the “Malice at the Palace” incident: the importance of prioritizing athletes’ mental health. 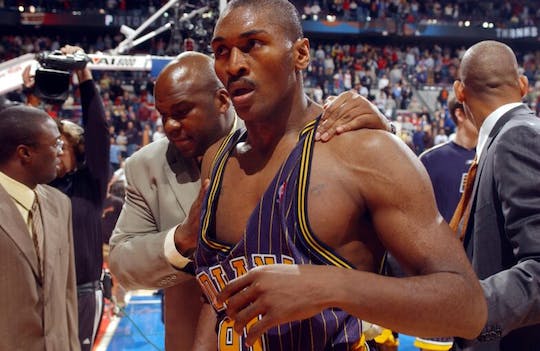 What’s the first thing that comes to your mind when you hear “Malice at the Palace”?

For me, it was one of the events that I was familiar with even if I wasn’t following the NBA yet back then. All I knew was that it was a big fight and players got suspended. Watching the Untold: Malice at the Palace documentary showed how shallow my understanding was.

The NBA game in the ‘80s and ‘90s was so much more intense and players got away with a lot of physicality. Because “The Malice” happened in the 2000s, it had a bigger impact on all the stakeholders involved: the league, the teams, and the fans.

Everyone knew that the league became much stricter. The Indiana Pacers fell off a cliff and were never the same team. What people didn’t see was how it affected the players on a personal level, especially Jermaine O’Neal and Reggie Miller. Metta Sandiford-Artest and Stephen Jackson were also affected, but not to the degree of the other two.

For Miller, the incident put an asterisk on his legacy. According to him and his Pacers’ teammates, the 2004-05 season was their year to win it all. It’s painful knowing a great opportunity was there but it was immediately taken away from them.

Fortunately, the brawl happened at the tail end of Miller’s career. Because of all his personal accolades prior to the incident and his retirement, he was able to immediately separate himself from it.

Jackson and Artest were also able to detach themselves by leaving Indiana and winning their championships with the San Antonio Spurs and Los Angeles Lakers, respectively. Unfortunately, this meant that all the blame and association fell on O’Neal, who had his best years of basketball ahead of him. Jackson said it wasn’t fair that most of the blame fell on O’Neal, and I agree.

Even to this day, O’Neal had to deal with the aftermath and was constantly associated with the incident. No matter how mentally strong you are, it would be extremely difficult to shake the label and completely move on from that kind of situation. It took a toll on him and his career. Even years after, it still haunted him. Because of the brawl, his legacy got packed with “what ifs” instead of a celebration of “what was.” 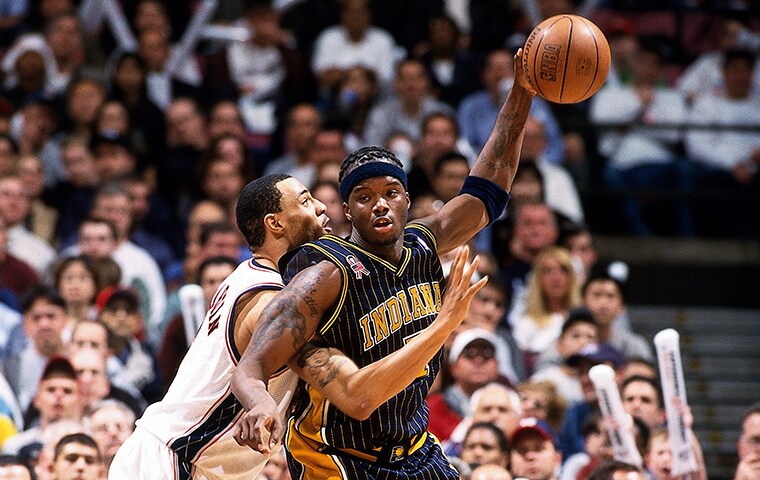 Who knows, if the infamous incident didn’t happen, maybe O’Neal would have become more than an All-Star. The Pacers could have made a strong playoff push that season, stealing a ring from the San Antonio Spurs. Miller might have added a Finals MVP trophy under his laundry list of achievements. And maybe Artest, Jackson, and O’Neal could have built an empire that would have dominated the succeeding seasons.

However, we can’t change history. We can only learn from it.

One takeaway from the documentary was how important it is to think before you act. Everyone was reacting to something that night. It started with the initial reaction between Artest and Ben Wallace, then the fan’s reaction to their team being agitated, and all hell breaking loose when the cup of beer hit Artest.

No one stopped to think, what would happen if I threw this cup? Why do I need to get the fans involved in this brawl? Should I just remove myself from the situation to stop all the madness? It seemed everyone threw reasoning out the window.

This is why I love the advice that Artest’s therapist gave him: count to five before acting. If everyone just took that to heart, maybe the brawl could have been avoided, because in the end, no one came out a winner.

The documentary most importantly showed us that an athlete’s mental health—along with physical health—should always be prioritized.

The machismo and brute force that the sport puts forward often clouds the fact that these NBA players are still human. They can suffer from stress, emotional pressure, and mental health issues. We tend to think that they are immune to these just because they can achieve incredible feats and earn millions every year.

In my opinion, Artest did his best with what he had. At that point in history, mental health was a taboo topic and often brushed over. In the documentary, his teammates opened up and said they knew about the situation on the surface but didn’t really know how severe it was.

“I did not have very good feelings when we played together. To me, at the time, it was just about winning and being dependable. I thought he was choosing not to be dependable. Not knowing that his struggle with anxiety and everything else that came with playing in front of 20,000 people on any given night,” O’Neal mentioned on Bomani Jones’ “The Right Time” podcast.

Artest’s teammates may have failed to understand all these issues because mental health was a subject people avoided discussing, especially in the sports community. O’Neal perfectly encapsulated the environment in the early 2000s, saying “people were afraid to talk about mental health because it was like an ACL tear back then – it’s like the death of a career.”

Seventeen years after the incident, O’Neal now has a clearer picture of what happened, why it blew up the way it did, and where to go from here on out.

As more and more athletes speak out about mental health, hopefully more people will understand its importance and be able to provide help and support to those who need it.

The Suns said Sunday the two-time All-Star won’t participate in Monday’s media day, with no further updates until he’s ready for camp.