Should the NBA retain the play-in tournament?

Players and fans have made arguments for and against the play-in tournament. All-Star Analyst Isaac Go weighs in. 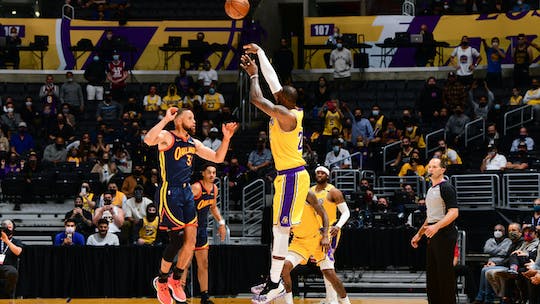 With the NBA playoffs now underway, people are still debating whether or not the play-in tournament was a good idea.

We witnessed Jayson Tatum drop 50 points to clinch the Boston Celtics’ spot in the playoffs. This was followed by a heart-stopping battle between Stephen Curry’s Golden State Warriors and LeBron James’ Los Angeles Lakers—a dream matchup for the NBA. Then as a finale, Ja Morant and the Memphis Grizzlies proved everyone wrong by taking down the Warriors for the last playoff spot in the West.

The objective of the play-in was to provide a new and exciting way to determine the eight playoff teams from each conference. As a priority project for NBA commissioner Adam Silver, the tournament aimed to increase the excitement surrounding the playoffs and to provide lower-ranked teams a chance to qualify—especially if they are just a game or two back in the standings.

While we don’t know yet if the play-in is here to stay, let’s break down the arguments for and against this format, and how I think the league should structure the regular season and the playoffs moving forward.

The ones who stand to benefit the most from this arrangement are the NBA fans. Adopting a winner-take-all format, similar to the FIFA World Cup, NBA fans are treated to the highest level of basketball as teams fight for their playoff lives.

For example, we witnessed how Russell Westbrook and Bradley Beal were able to recover from a loss to the Celtics and play insane basketball to help the Washington Wizards make it back to the playoffs after missing out for the last several seasons.

Similarly, this tournament aims to address the competitive balance in the league between the Eastern Conference and the Western Conference. It has been evident that the West is stacked with stronger teams.

Therefore, the play-in served as a stopgap to ensure that the best eight teams in each conference advance to the playoffs.

For any initiative of the league to work, it would need the approval and buy-in from the players—especially the most important ones. In the last couple of weeks, both LeBron James and Luka Doncic publicly criticized the play-in tournament.

Both argued that a grueling 82-game (or 72-game this year) season should be enough. Isn’t that the objective of a long regular season—to be able to determine the best sixteen teams in the league?

Both players hit the nail on the head with their sentiments. Expecting players to play additional games is a very tough task, considering that the league has enforced more stringent rules on load management and rest.

Since players are often measured by their playoff success and the number of championships they win, isn’t it only fair to allow them to preserve themselves and save their best basketball come playoff time?

Ultimately, an 82-game season for the NBA is a long one. Eighty-two games between 30 teams does not even make any mathematical sense! Despite efforts from the league to minimize back-to-back games or having four games in five nights, we still see certain teams and players opt to play the long haul. They are willing to take short-term losses if that is what places them in a better position in the long run.

As a fan of the game, I am all for having the best product on the court. However, in order to do that, the league and its players should find a balance and ensure that both sides can get what they want.

Building off the idea previously shared by Bill Simmons of The Ringer, here’s my proposal:

The objective of a shortened regular season is to space out games and to further reduce instances of back-to-back games or having four games in five nights. This also allows teams to give their star players additional days off without having them sit out nationally televised games, which are important for the NBA and its partners. Additional playing dates in the calendar can be used to highlight smaller market teams and their rising stars, which can further increase the popularity of the game.

Whatever format the league may decide on moving forward, it will boil down to sitting down with its most important shareholders—the players—and figuring out a solution that benefits them both. The league was forced to implement a Bubble last year to salvage its season, especially with many of its partners committing billions of dollars annually.

Without its players, the league is not able to generate the same buzz and popularity that it is well known for. However, players must also understand the business side of their occupation. Without the league, its partners, and the fans, they will not be able to enjoy their millions of dollars in guaranteed money.

It will be interesting to see the development of this dynamic between the league and its players in the years to come. Deciding if the play-in tournament should stay will only be the tip of the iceberg.