How are key sophomores like Ja Morant and Zion Williamson faring in their second year in the NBA? 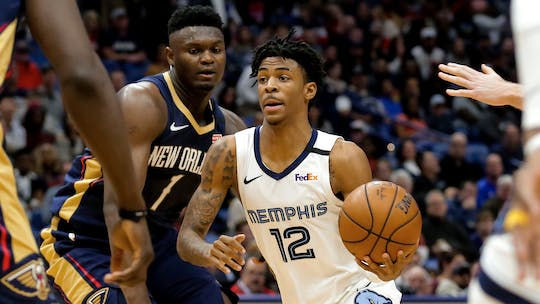 With each passing season, a new batch of talent comes in and excites everyone in the NBA. A fresh crop of rookie standouts like LaMelo Ball, Anthony Edwards, and Tyrese Haliburton have been all the rage this year, as they immediately made an impact on their teams and impressed the league's fans with their highlight-worthy plays.

But before we forget, last year’s rookie class had some excellent standouts as well. Ja Morant and Zion Williamson competed for the Rookie of the Year honors, while Kendrick Nunn and Tyler Herro were key components in the Miami Heat’s surprising Finals run.

Let’s check out how some of these young stars are doing in their second year in the Association.

The reigning NBA Rookie of the Year continues to be one of the most electric and thrilling youngsters to watch in the NBA. Morant’s scoring output increased from 17.0 points to 19.6 points per game this season, while his offensive rating climbed from 107.5 to 113.5. His shooting from the perimeter leaves a lot to be desired though as his 3-point percentage has fallen to 24.7 percent.

With a player like Morant, though, it’s always best to look beyond the box score. What Ja provides every time he steps on the basketball court is a peak into the future -- a future where his game continues to develop and evolve, everything around him slows down, and he’s able to orchestrate on both ends of the floor at a high level. As it is, Morant has already shown the propensity for highlight reel-worthy dunks whether from penetration or lobs. But his playmaking (7.6 assists per contest) makes his development even more exciting.

The Grizzlies are currently battling to stay alive in the playoff race. It did not help that Morant missed a stretch of games early in the season due to an ankle injury. But if Morant stays healthy, the Grizzlies have a good chance of advancing to the next round. 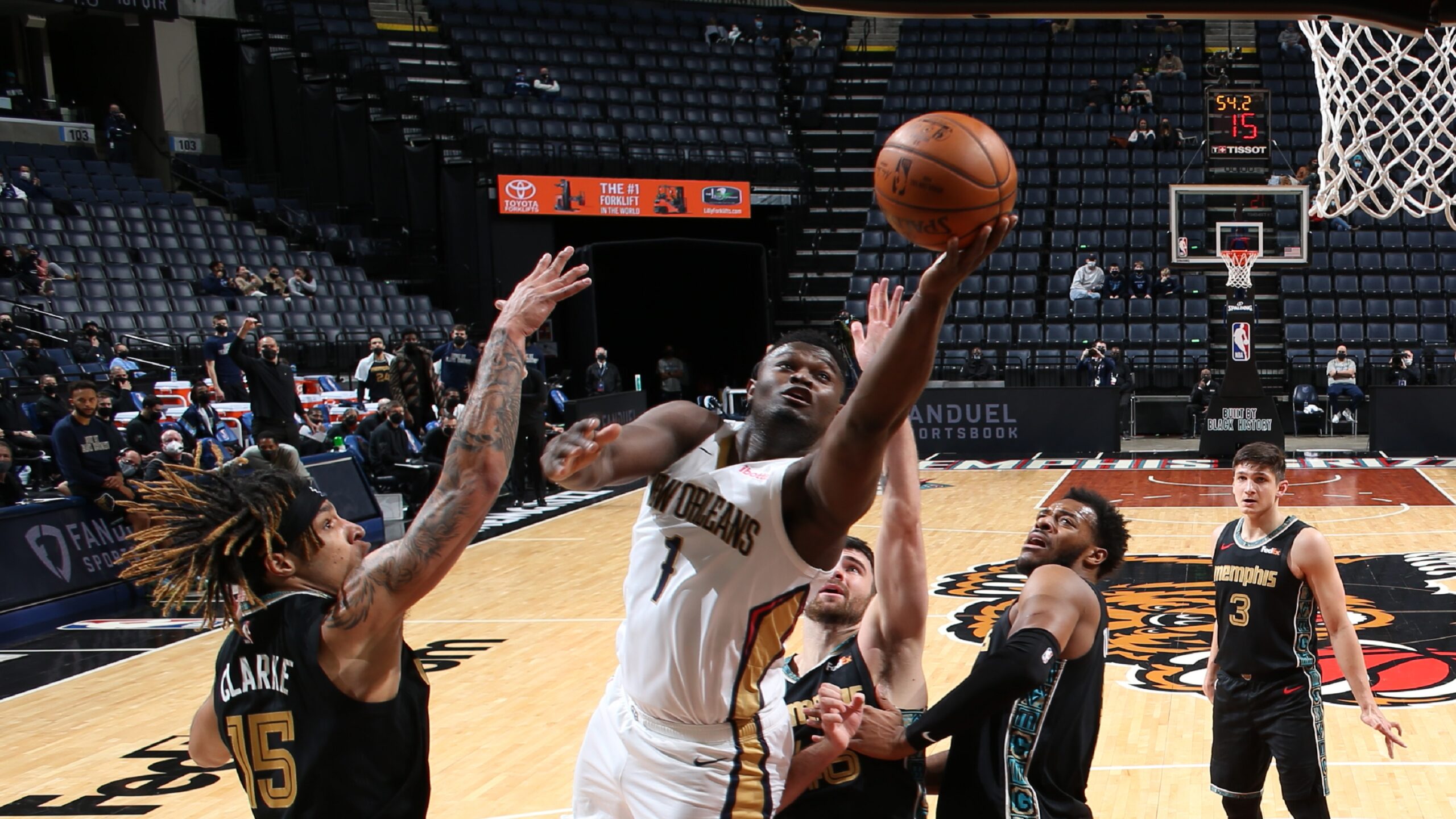 Few young stars in recent memory have excited everyone as much as Zion Williamson did. Zion made his All-Star debut in only his second year in the league -- one of the youngest to ever make it -- as his eye-popping numbers of 25.5 points, 7.0 rebounds, and 3.4 assists per game confirmed that he’s more than living up to the hype.

The Pelicans have experimented with Williamson’s unique skill set. They have tried running the offense through Zion several times with players like Brandon Ingram or even JJ Redick setting screens to free him up to attack downhill. When the Pelicans go with this play at the top of the key, it more often than not leads to a Williamson basket in the paint or a trip to the free throw line.

But it’s not all sunshine for the Pelicans, who are currently trying to catch up to the Grizzlies to make the play-in tournament. The team’s 17-22 record shows that there’s still a lot of improvement to be done, particularly on the defensive end. Williamson’s defensive rating of 116.2 is abysmal, considering the physical gifts he has. The Pelicans as a team is also giving up too many baskets, putting them in situations where they have to rally from behind too often.

Right now, the spotlight is still on Williamson because of his unique abilities and overwhelming offensive game. But for him to take his game next level, he needs to show developments from the opposite end as well. It’s been an up-and-down second season for Coby White. The North Carolina product opened the season as the Bulls’ starting point guard, a role given to him by new head coach Billy Donovan to really push his development forward. The increase in playing time for White (from 25.8 minutes in his rookie season to 32.7 minutes this year) has resulted in an increase in his numbers across the board as well.

The Bulls have looked much more cohesive this season under Donovan, and having a leader of his caliber has benefitted White tremendously. However, there’s still a lot of work to be done. The offense tends to get bogged down to 1-on-1 plays when the half court sets of Chicago don’t pan out, leaving White and LaVine to take turns in jacking up shots. White also doesn’t have the natural playmaker gene that his batchmate Morant has, which is necessary to be able to create good shots for him and his teammates.

After a rough start to the second half of the season, Donovan elected to go with Tomas Satoransky as the starter, relegating White to the second unit. So far, this strategy has panned out, giving hope that White is the type of player that can excel against bench players ala Lou Williams. 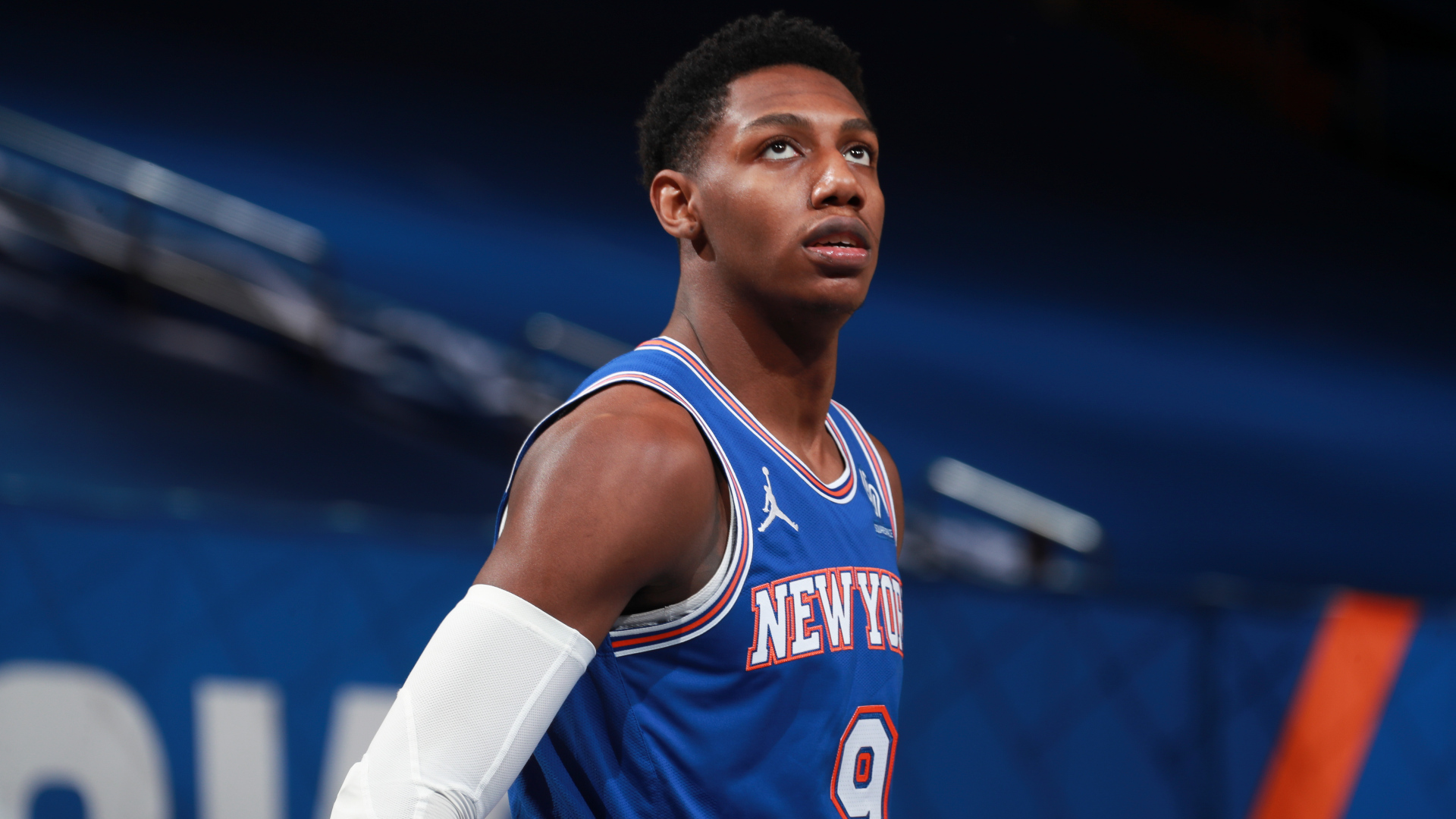 The talent was always there for RJ Barrett, the Knicks’ 20-year old draft pick from Duke. But playing in a season as miserable as the one that the Knicks suffered through last year, many thought that he was putting up empty calorie stats.

This season, Barrett has turned heads with his rock solid play for a Knickerbockers team sitting at 8th overall and are firmly in the hunt for a spot in the playoffs. It’s quite a leap for Barrett, who didn’t even make the All-Rookie First or Second Team last year. But his numbers of 17.2 points, 5.9 rebounds, and 3.0 assists can really be a building block for the Knicks, together with newly minted All-Star Julius Randle.

It’s clear that Barrett has embraced the defensive philosophy of new Knicks coach Tom Thibodeau. Barrett has evolved into a trusted defensive piece for the Knicks, as evidenced by his defensive rating that improved from 114.5 to 107.9. Playing for a coach like Thibodeau, it’s essential that you don’t cough up points for your opponents. If Barrett’s play this season is any indication, then it looks like the Knicks will have a two-way player that they can count on for the next several years. When you look at the numbers of Rui Hachimura, it seems that he hasn’t made the same progress that his counterparts have exhibited thus far. His numbers of 13.2 points on 46.5 percent shooting from the field and 5.5 rebounds are more or less similar to what he put up in his rookie season.

But there’s context needed to appreciate Hachimura’s sophomore stint. Not only is he playing alongside the NBA’s leading scorer in Bradley Beal, Russell Westbrook has also come along for the ride. Together, the backcourt duo have taken the lion’s share of the offense as they combine for an average of 41 field goal attempts per game, almost half of the 89.9 that the entire Wizards take. That leaves fewer opportunities for players like Hachimura, Moritz Wagner, and Davis Bertans, as they are utilized more as outlet valves for Beal and Westbrook when the defense keys in on them. With that said, it’s actually impressive that Hachimura has been able to keep his numbers close to what they were last season, when the Wizards early on knew that the playoffs weren’t a possibility.

The Wizards are 14-24 this season, and before a four-game losing streak brought them down to earth, they were within striking distance of the play-in tournament. There’s still time to make one last push, and for that to be accomplished, they’ll need Hachimura’s offense. Over the last two games, he’s taken on an increased load with averages of 25.5 points and 3.5 triples per contest. It’s clear that the Japanese star has barely scratched the surface of what he can accomplish in the league.