The Warriors, along with the Lakers, headline the top merchandise sales from the first half of the 2022-23 season. The NBA champion and Golden State Warriors superstar owns the highest selling NBA jersey, based on NBAStore.com sales for the first half of the 2022-23 season.

LeBron James, Giannis Antetokounmpo, Luka Doncic, and Kevin Durant round out the top five. Rising star Ja Morant of the Memphis Grizzlies ranked sixth, which is his highest ranking since he entered the NBA. 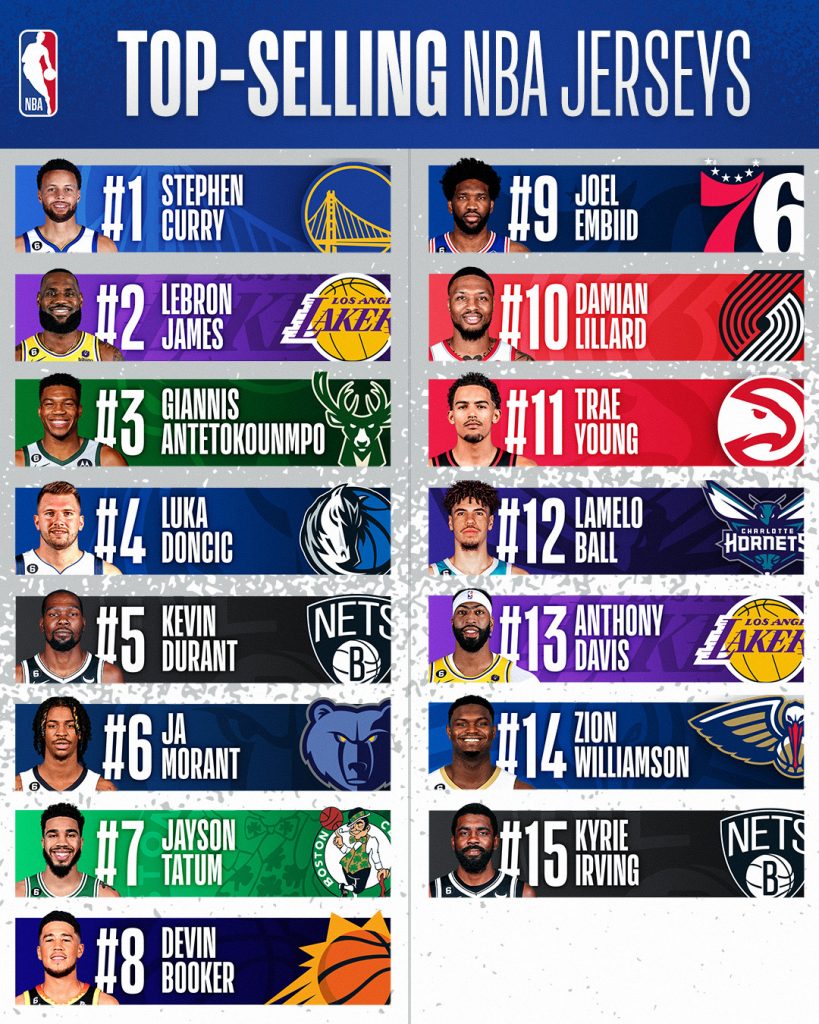 The Warriors and the Celtics—the two teams that met in the NBA Finals last season—came in second and third, respectively. The Bucks and Bulls completed the top five. 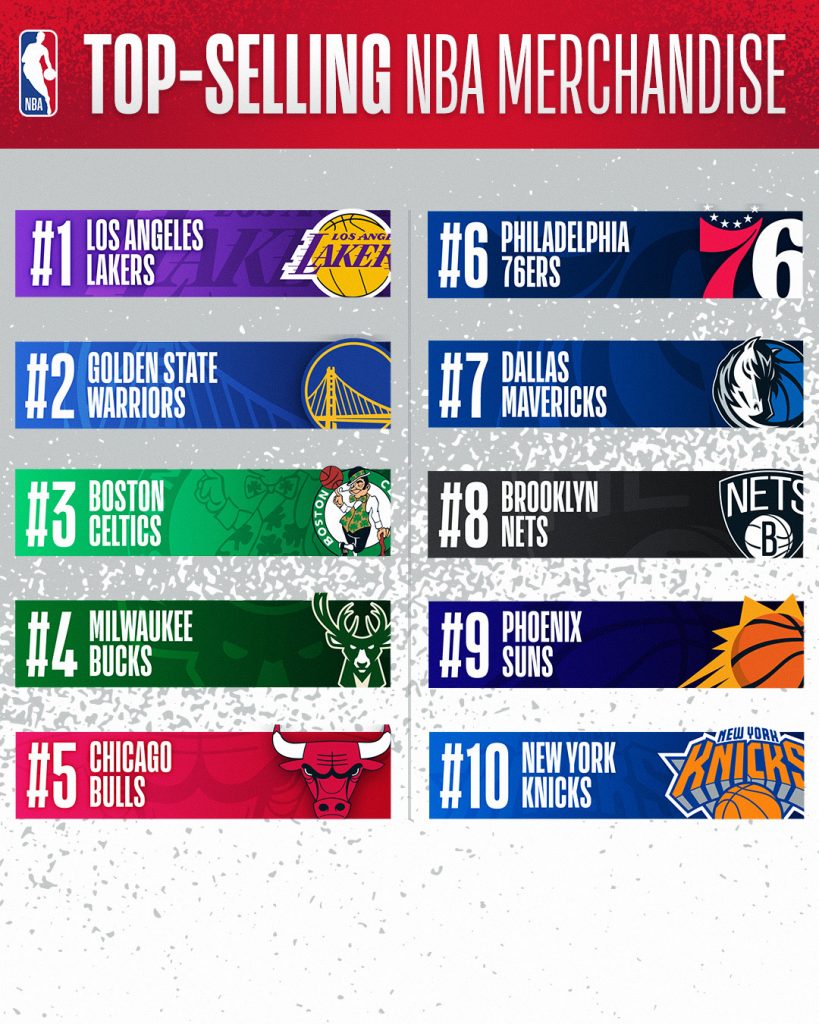