The 2021 All-Stars have won the award for their performance in April. 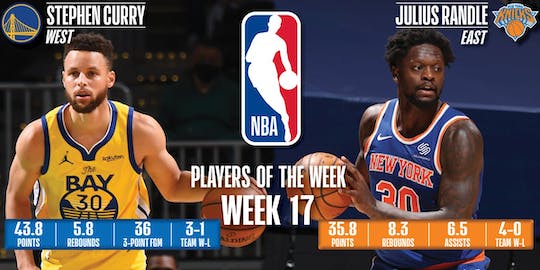 Randle was a nightly supplier of 27.1 points, 9.0 rebounds and 6.3 assists in April, leading New York to the best Eastern Conference record (11-4) throughout the course of the month and earning his first POTM award. He’s the first Knicks player to win the award since Carmelo Anthony in Jan. 2014.