Asian Americans Jeremy Lin, Erik Spoelstra, and Jordan Clarkson are just some of the NBA personalities who spoke out against anti-Asian hate crimes in the US. 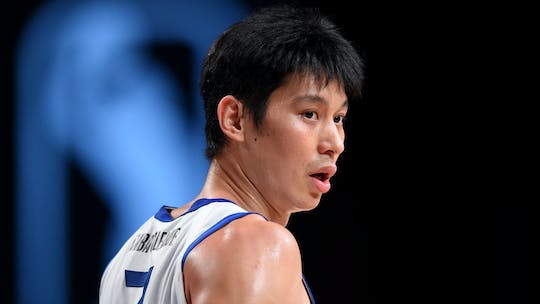 The year is 2021. People are cooped up in their homes to protect themselves against the dreaded COVID-19 disease. Frontliners are overwhelmed with the number of patients being brought to emergency rooms everyday. Economies are crashing and businesses are shutting down in the middle of a global pandemic.

When all things seem to be going wrong, signs of hope emerge. Vaccines were created to help protect millions of lives and prevent the death toll from increasing further. Things are supposed to get better.

And yet they aren’t.

According to a national report by non-profit organization Stop AAPI Hate, there were close to 3,800 hate crimes targeted to Asian-Americans in the United States from March 19, 2020 to February 28, 2021. The number shot up from 2,600 in the previous year. There are roughly 503 attacks in 2021 alone, most of which are verbal harassment and shunning. However, a big chunk (11.1%) of the total incidents are actual physical assaults, with businesses as the primary site of discrimination, followed by public streets and public parks. Majority of the cases are attacks on women at 68 percent.

“There is an intersectional dynamic going on that others may perceive both Asians and women and Asian women as easier targets,” Dr. Russell Jeung, professor of Asian American studies at San Francisco State University and co-founder of Stop AAPI Hate, told NBC Asian America.

While instances of racism against the Asian community is not a new occurrence, some racist Americans are using the pandemic as an excuse to be more aggressive. For instance, the coronavirus has been labeled as “Kung Flu” or “China virus”, in a blatant effort to spread hate and put the blame on a community.

This caused a surge in violence against Asian Americans. These cases, some of which have been caught on tape, are often attacks on people who are minding their own businesses.

“We've noticed that from the very beginning, it's been a real consistent pattern,” Jeung said. “Bullies attack who they think are vulnerable, and we see this in our elderly and youth populations.”

One of the most infamous cases that caught international attention was the killing of eight people, six of which were Asian women, in Asian-owned businesses in Atlanta. Several advocates used their platforms to speak out against the tragic incident. One of the loudest voices against this discrimination is Jeremy Lin, who last played for the Toronto Raptors in 2019. He’s currently a point guard for the Sta. Cruz Warriors in the NBA G-League.

Being a son of two Taiwanese immigrants, Lin has struggled with racism all his life. He used sports as a way of coping with the stress, thinking that it was the only avenue where race was not a factor in determining your potential to succeed.

Unfortunately, he was wrong. In fact, his first vivid memory of experiencing discrimination happened during a basketball game in the 6th grade, receiving comments like “Go back to China!” from his peers. And sadly, it didn’t stop there. A few months ago, Lin openly talked about his experience in a G-League game where one player called him “coronavirus” on the court, which shocked him and the whole NBA community.

The incident showed that even if Lin is highly accomplished being a graduate of Harvard and the first American of Chinese descent to win an NBA championship, he continues to be a victim of racism.

Racism was so normalized in his mind that he didn’t even acknowledge his battle with racial trauma. It took him years of suffering and the help of a sports psychologist to even recognize his pain. "I didn't realize it, but because of the way I grew up and because of the experiences I had, I ended up just thinking, 'This is just the way it is. This is just the way the world is,’” said Lin.

Aside from being vocal on his social media accounts, Lin wrote an article for Time entitled “Despite Fear and Anger After the Atlanta Shootings, There Is Hope” where he discussed his own battle with discrimination and his hope for the future. He felt strongly that the issue of racism in the United States is not a lost cause, rather it is a battle that needs to be fought. He talked about how the community should keep moving forward and never lose hope.

“Hope that we can all set aside our egos for a moment to see where we might have casually dehumanized someone else. Hope that we would listen when a group of people share their pain and seek to empathize before we dismiss. Hope that we would each, whatever our race, one day be able to be known in the fullness of who we are,” Lin wrote.

Besides Lin, several players and coaches spoke out to help uplift the Asian community.

An emotional Erik Spoelstra of the Miami Heat talked about the issue in a post-game interview. As a Filipino-American, he is very familiar with the struggles of the community.

"It really is heartbreaking and just shows you where we are. There is hatred abundantly still out there and people feel empowered to attack the Asian community and I just pray in my heart that this can stop," said the Heat’s head coach.


Kyle Korver and Dwyane Wade had a passionate exchange on NBA on TNT about the Atlanta shooting and the racism still prevalent in American society.

“To me, this is about right versus wrong. It’s wrong to target our fellow Asian brothers and sisters” said Wade. “In the world we live in, if you don’t know someone, then you feel like ‘that’s not my fight, because I don’t know them.’ Well, to me, our fight in this world is about safety, peace and it’s the ability to live life without fear.”

Steph Curry of the Golden State Warriors also showed his support during a game in Atlanta. He wore a custom Curry 8 pair with an image of iconic martial artist Bruce Lee and his family.

"Stopping Asian hate across this country is huge, and across this world. The shoes are a very small way to hopefully raise money for that work and that cause, and raise awareness," said Curry.

After the game, he announced that the shoes will be given to the Bruce Lee Foundation for auctioning. Proceeds will be shared with the families of the eight killed in the Atlanta shooting.

Paul George of the LA Clippers also made a powerful statement.

"I'm with the Asian community. I stand with them. I don't believe in any type of hate crime. We're all here to share this world together. … It's no point that any race should look at another race any less equal," George said in a postgame interview.

I asked Paul George about the rise of Asian hate crimes:

"I'm with the Asian community. I stand with them. I don't believe in any type of hate crime. We're all here to share this world together...It's no point that any race should look at another race any less equal." pic.twitter.com/01aqfkZJK3