Storylines to follow in the second half of the season

Four compelling storylines to watch as the regular season winds down. 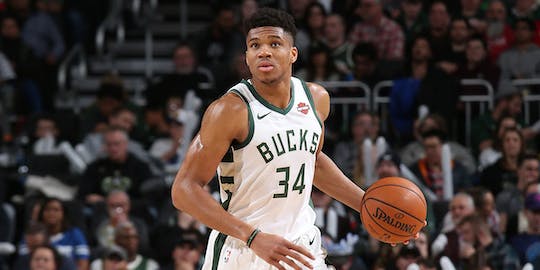 The All-Star break wasn't just a showcase of the league’s best talent, but also a needed respite from a very eventful first half of the season.

The more we look back on what has transpired, the more the second half of this season going into the playoffs looks promising for a lot of teams, murky for some. To set you up for what should be a wild finish, we go over the storylines to watch as the regular season winds down.

The Milwaukee Bucks have been awesome again this season. Being 22-14 and third in the East doesn't seem like their usual dominant regular season run, but the Bucks still have an elite +6.3 point differential (third in the NBA) and have generally shredded teams with Jrue Holiday, their big offseason acquisition, healthy.

Holiday has filled in great as the third option the Milwaukee Bucks have missed through their last two postseason runs, averaging 15.3 points on 49.7 percent shooting with 5.4 assists per game. Where Holiday really shines is on the defensive end where he’s continued to lock down the opponent's best perimeter scorer.

But can Holiday remedy the Bucks' clutch scoring woes, especially in the playoffs? Giannis Antetokounmpo is putting up similar numbers to his MVP seasons, but the lack of a jumper and the 66.1 free throw percentage still makes him an iffy crunch time option. Teams already know how to play Giannis in a series – wall off the paint and make him take jumpers or pass the ball. It's up to the Greek Freak to figure out a next-level playoffs approach. Khris Middleton is still steady as ever, but setting him up in the playoffs has proven difficult as opposing teams regularly take away spot-up opportunities.

Another team that has looked stellar and faced the same wait-until-the-playoffs critique are the Utah Jazz. The Jazz's cascading attack of ball and player movement has evoked memories of the 2014 San Antonio Spurs, one of the most beloved championship teams of the 21st century. The Jazz lead the league in point differential (8.3), and are second and third in offensive and defensive rating, respectively.

With a full year under their belt in the Utah system, Mike Conley and Jordan Clarkson have blossomed into key rotation pieces while Utah's core of Donovan Mitchell and Rudy Gobert have each added new things to their game.

But, like with the Bucks, it remains to be seen if the Jazz can carry this same level of success into the playoffs. The Jazz have always been great in the regular season but have been bounced in the first round of the playoffs in each of the last two seasons.

Does this version of the Jazz have enough firepower to stay afloat in isolation-heavy postseason games? Have they figured out how to optimize Rudy Gobert when opponents take him away from the rim on defense and scheme against him on offense?

The Bucks and the Jazz are in the same boat: the success of their season hinges only on how far they get in the playoffs.

This has to be one of the best MVP races in recent years since two young, unique players we thought had been phased out of the league.

In the East, Philadelphia 76ers behemoth Joel Embiid has staked his claim as the best player in the conference, maybe even the league. Imagine if the fleet-footed Hakeem Olajuwon had the massive body of Patrick Ewing, that's how Joel Embiid has attacked this season.

Embiid is second in the league in scoring (30.2 ppg), fifth in rebounds (11.6 rpg), second in PER (31.1) and second in win shares (5.8). Most importantly, the Sixers are flourishing along with Embiid with an East-best 24-12 record, a major determining factor in MVP voting.

The knock on Embiid is his missed games. Back problems and other issues with his knees have kept Embiid out of six games in the first half of the season. If he misses another six games, that would have him playing 60 of the Sixers 72 games. Would that be enough of a deterrent for voters to look to another candidate, if Embiid maintains the same type of numbers to finish the season? 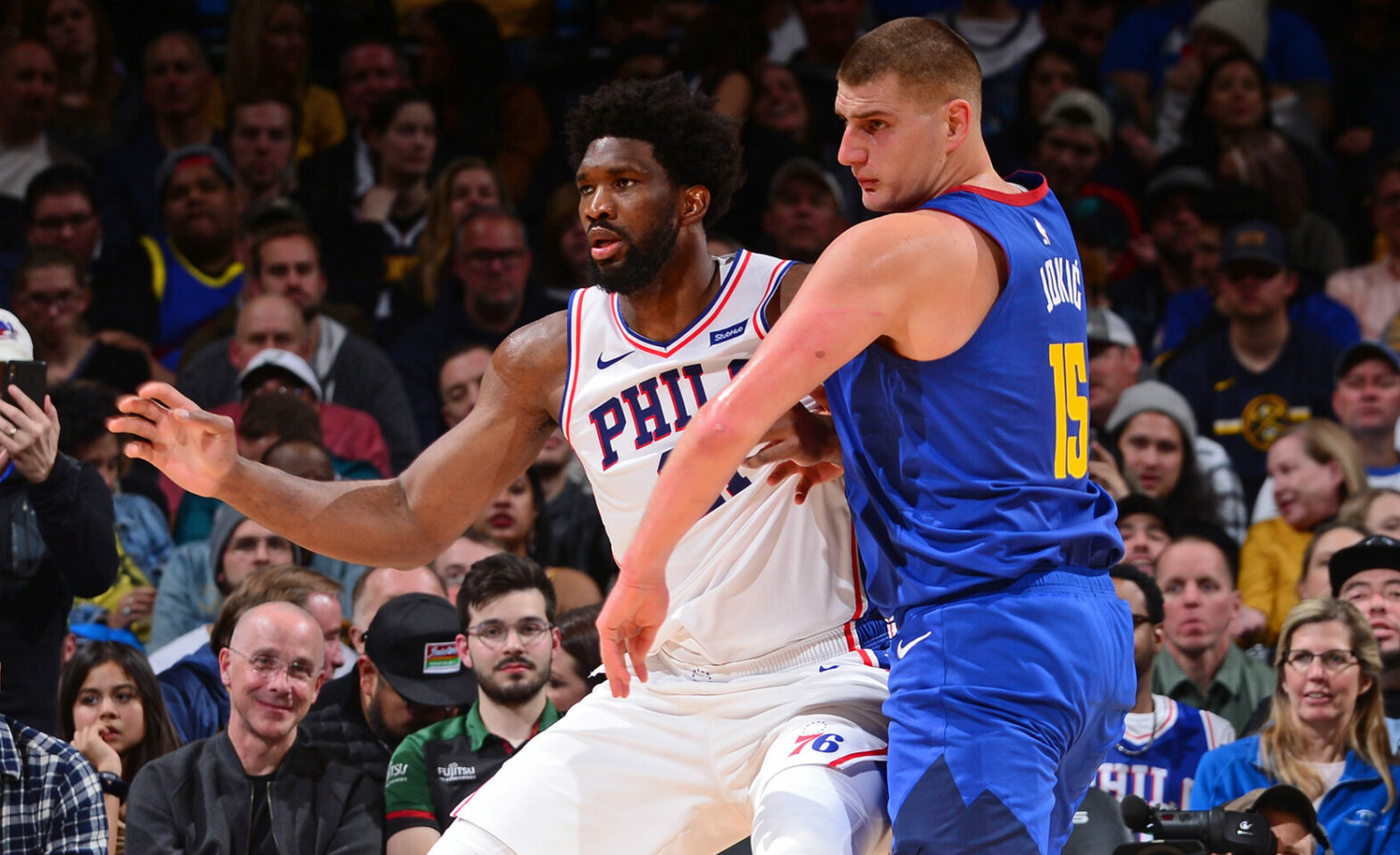 Nikola Jokic, after all, might be having a better season than Embiid. The Joker showed he had another gear in him after leading the Denver Nuggets to the Western Conference playoffs last year. This season, Jokic has mustered the spirits of Bill Walton and Dirk Nowitzki to put the league on notice.

Jokic is, so far, averaging 27.1 points, 11 rebounds, and 8.6 assists per game. The two major peripheral stats that Embiid ranks second in, PER and Win Shares, Jokic is comfortably ranked first in (31.5 PER and 8.3 WS).

However, unlike the Sixers, the Nuggets haven't lit up the West the way they should. At 21-15 with the sixth seed in the West, the Nuggets’ struggles mostly stem from injuries to key players. Garry Harris, Will Barton and Michael Porter Jr. have missed major chunks of the season while Jamal Murray has been playing through a shoulder injury.

Jokic can easily fly past Embiid in the MVP conversation if the Nuggets can climb to the top three of the conference and churn out convincing wins against other contenders.

LeBron James, as always, is still a worthy MVP candidate, even without the Year 18 narrative. Steph Curry and Giannis both also have under-the-radar cases for a third MVP. James Harden’s transition into elite assist man with the Brooklyn should also merit him MVP consideration.

But this is looking like a battle of two centers: The Process vs The Best Second Round Pick ever. Look for the debates to be as heated as the Russell Westbrook versus James Harden chase for the 2017 MVP.

Much like the MVP race, the Defensive Player of the Year looks like it will come down to two players. Who wins will say a lot about the preferences – the taste – of the league's awards voters.

On one end, the Jazz’s Rudy Gobert stands as consistent paint terror. Already a two-time DPoY, Gobert has ramped up his defensive metrics this season to near-historic levels, protecting the paint as well as legendary beanpoles of the past.

Gobert forces other teams to rethink their entire plan of attack with how well he protects the paint. But, as mentioned earlier, he suffers from the playoff stigma. It remains to be seen if the Stifle Tower still has enough believers.

Because Ben Simmons has clearly been the league's best perimeter defender.

Simmons is a young Kawhi Leonard-level threat on defense, but in a six-foot-10 frame with the willingness to lock down the shiftiest of guards.

Even when opposing teams try to divert their offense away from whoever Simmons is guarding, his activity and versatility allows him to stay involved all the time.

Simmons’ defensive hit list includes stars like Damian Lillard, LeBron James, Jayson Tatum and Donovan Mitchell. Even when he gets scored on, Simmons makes his matchup work for every inch of space.

Gobert, while also sporting an entertaining highlight reel, has been murked in marquee matchups like against Zion Williamson and Joel Embiid.

Simmons is an exciting player primed to win his second individual award, but it will be hard to count Gobert out, especially if the Jazz continue to lead the league.

Are the Nets the best team in the NBA? 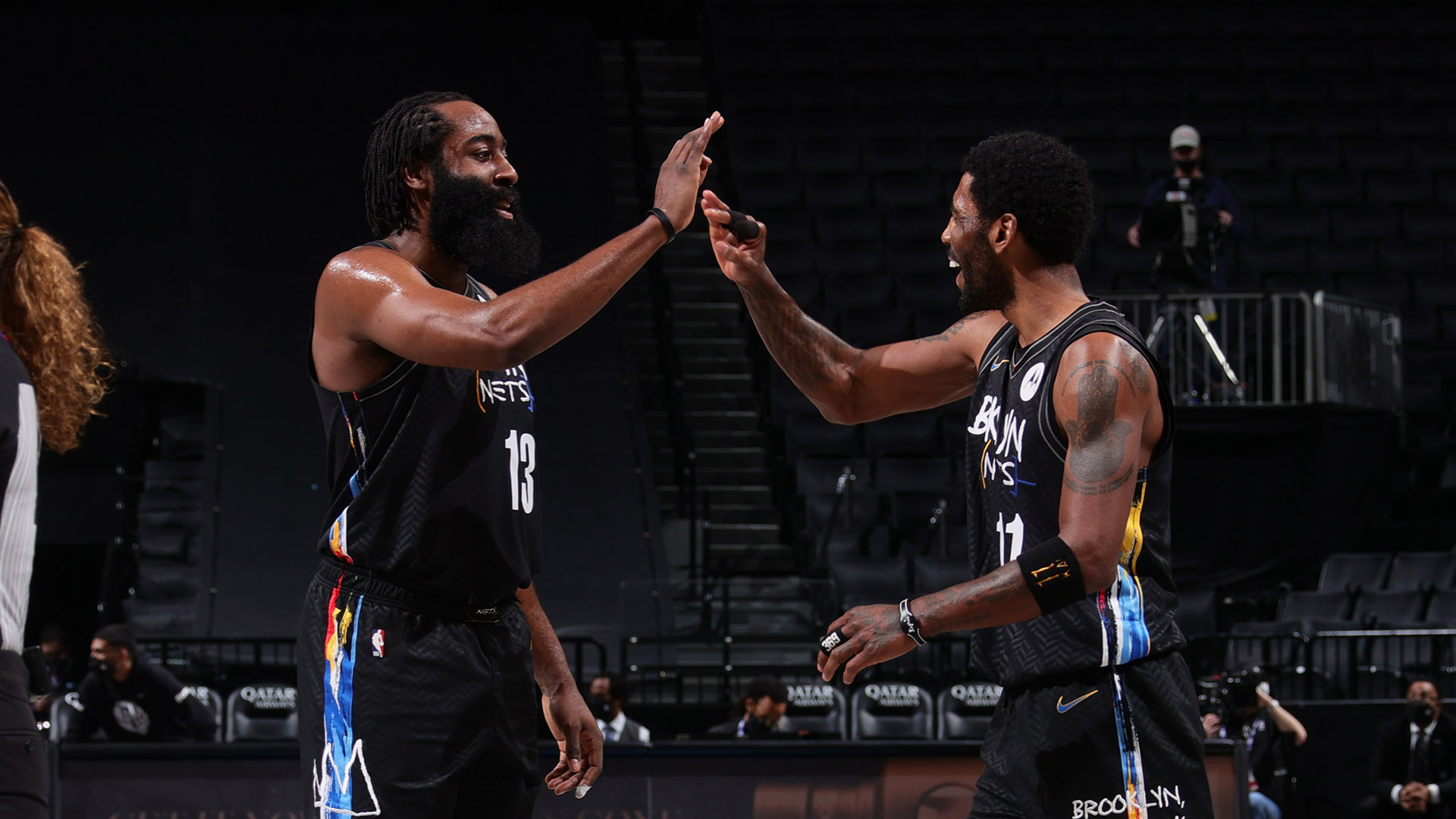 This is a question that can really only be answered once the season is over, but the Nets have done enough this season to consider them ending up as the top seed in the East, maybe even the league.

Last year's finalists, the Lakers and the Miami Heat, have both been slowed greatly by injuries to their stars and have been clearly affected by the quick turnaround between seasons. The current top seeds in both conferences, the Jazz and the Sixers, each have their own vulnerabilities and could very well slide down the standings.

The Nets, on the other hand, have Kevin Durant, James Harden and Kyrie Irving, the most star-studded Big 3 ever assembled. Even with Durant out, the Nets have piled up a 9-1 record over their last 10 games and head into the second half of the season with the fourth-best record in the league at 24-13.

This season has seen the most parity record-wise among the top teams, but Brooklyn has all the stars. The Nets have even unlocked several devastating lineups thanks to the emergence of Bruce Brown and Joe Harris with steady play from Jeff Green.

The season started with questions about the chemistry between the Big 3 and defense. Even with just two of their stars, the Nets have been overwhelming even the best defenses. Harden has turned into a Stockton-level assist man, Kyrie has morphed into an elite secondary attacker, while KD is the unstoppable force that gets the Nets over the hump in crunch time. Even their defense is beginning to improve.

Even if the Nets don't get a lot from recent signee Blake Griffin, there are barely any teams that can matchup and fully stop Brooklyn. The second half of the season should reveal just how ready they are for a deep playoff push.