Here are five players who have come out of nowhere to give their teams a boost in the 2022 NBA Conference Finals. 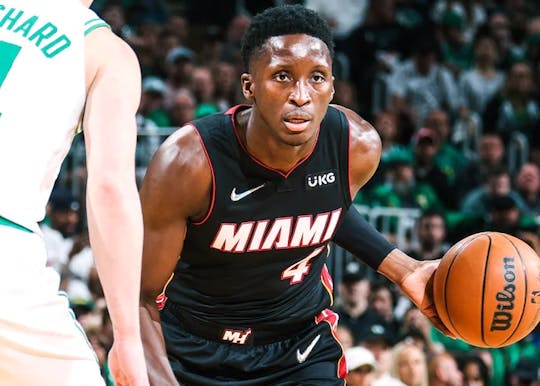 This deep into the playoffs, there’s nothing to hide anymore. Superstars have been game planned and role players have been figured out. Even x-factors have been scouted and are being prepared for. When every bit of production matters, players that are suddenly unleashed by wily coaches can really change the course of a game, or even a series.

Here are five surprise players who have played key roles for the teams left standing.

Golden State big men don’t usually play heavy minutes at this point of the playoffs. With match-up hunting heavy in the deeper rounds, the Warriors opt for their small-ball lineup to ensure that ground-bound bigs aren’t left on an island with fleet-footed guards. That’s why it’s a pleasant surprise to see Looney getting big minutes in the Western Conference Finals.

Looney already had his moment in the last round when he grabbed a crucial offensive rebound to help his team advance. His solid play in Game 6 carried over to the first three games of this round. After grabbing a career-high 22 rebounds in the semis, he set a new career-high in scoring with 21 points in Game 2 against the Dallas Mavericks. He’s averaging 27.3 minutes, 10.8 points, and 8.8 rebounds in the West finals so far.

The key to Looney being able to stay on the floor is his ability to keep in step with Dallas’ wing players out on the perimeter. With him on the floor, Looney has been able to help the Warriors control the boards. They’ve outrebounded the Mavericks by an average of 15.7 boards in their three wins. If Looney can continue to dominate the paint, then the “death lineup” will stay as a break-in-case-of-emergency option for the Warriors.

After averaging only 12.5 minutes per game in the first two rounds, Pritchard got additional minutes in Game 1 against the Miami Heat with Marcus Smart out. Even though they lost that game, Pritchard scored 18 points, built on four 3-pointers.

Since then, he’s been able to carve out a role with the team, playing 22.8 minutes per game so far. While he may lack the size, Pritchard makes up for it with effort. He’s a pesky defender who will play with the same intensity as Smart. He’s also a confident shooter, hitting 54.9 percent of his 3s on six attempts per game.

Pritchard’s best game was in Game 4 where he filled up the stat sheet with 14 points, three triples, three assists, a steal, and a block. If he can continue to pitch in like that, then it’s obvious that the Celtics have found the perfect backup for the Defensive Player of the Year.

It’s weird that a player like Victor Oladipo is now classified as a surprise performer. That’s because Oladipo wasn’t a key contributor for Miami in the regular season. He only started playing this season in March. But, it didn’t take long for him to make an impact with the Heat.

Coming off the bench for Miami, Oladipo has been averaging 11.5 points and 1.3 steals in the 12 playoff games he’s played so far. He’s putting up pretty much the same numbers against the Celtics in the Eastern Conference Finals (11.8 PPG, 1.8 SPG). Oladipo plays an important role against the Celtics since he’s strong, long, and athletic enough to defend Boston’s wing players. The offense he generates when he’s on the floor is purely just a bonus.

Miami now has two multi-faceted players in Tyler Herro and Oladipo to throw at teams. Oladipo can play both the wing positions and be the primary playmaker in a pinch. With the series so tight, Oladipo’s versatility will be further highlighted as the Heat look for new ways to beat the Celtics.

It’s unfair for Grant Williams to call him a surprise player. Even if his numbers aren’t glowing, he’s been one of Boston’s most consistent players all season long. What’s surprising in this round is how he’s suddenly become the Celtics’ sixth man and glue guy.

With the depth tightening, the Celtics are effectively playing a seven-man rotation. Williams is logging heavy playing time, averaging more than 35 minutes per game in that rotation. His stats (10.8 PPG, 3.8 RPG) don’t paint an accurate picture of how important he is to the team.

Just like Pritchard, Williams is an undersized player that works his butt off to get the job done. He’s a mobile defender that can play alongside the starters and doesn’t miss a beat. Williams is the key to unlocking Boston’s extreme switching defense since he can stick to his assignment out in space or body up bigs in the paint. More importantly, in a series as physical as this one against the Heat, Williams can step into vacant roles when core players get injured.

Whenever Kyle Lowry got hurt in the regular season, Gabe Vincent took his spot in the starting five. The Heat do that so that they can keep their bench mob intact, but also because Vincent has been such a dependable fill-in starter for them. In the playoffs, Vincent reprised his role as Lowry’s substitute.

Vincent is a pitbull just like Lowry. He will fight through screens, take charges, and grind down opposing players on defense. On offense, he’s not the same caliber playmaker as Lowry but Vincent makes up for it with his outside shooting and fearless attacks to the hoop. With Lowry sitting out the first two games against the Celtics, Vincent played well enough as a starter to help the Heat get the split. He averaged more than 15 points on 3.5 3-pointers in Games 1 and 2.

Lowry has been dealing with a hamstring issue in the past few weeks. That means it’s only a matter of time and Vincent will be called up into a starting role once again.