Taking advantage of the hardship exception

Because of the virus surge in the league, many players are getting an opportunity to be seen or are given a second chance they didn't think would happen. 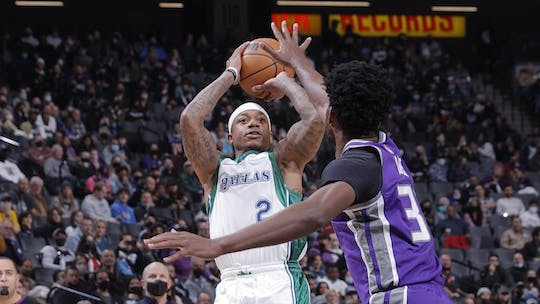 If there’s one word to describe the NBA season so far, it would be crazy. All teams have been in a rough position mostly due to COVID-19. Over a hundred players have entered the league’s health and safety protocols with some players having entered twice. Teams are pushed to their limits with eight, nine, and even 10 players out due to protocols.

Despite the gloomy situation with all the missed games and players, there is a ray of light.

In the NBA, opportunities are hard to come by but sometimes players are put into situations where they can showcase their skills. For these players, this opportunity comes in the form of the hardship exception rule, which allows teams to exceed the 15-player limit if multiple players are unable to suit up due to injuries or illnesses.

A few years ago at the height of his career, Isaiah Thomas was a two-time All-Star and MVP candidate. Unfortunately, after a stint in Boston his career went downhill. He made brief stops with the Cleveland Cavaliers, Los Angeles Lakers, Denver Nuggets, Washington Wizards, and New Orleans Pelicans.

Everyone knows how much Thomas wanted to get a second chance, but teams seemed to have given up on him. But he proved he can still put up massive numbers during his stints in the G League and with Team USA. It was hard to see how the league seemed to have moved on from him so quickly.

A couple of weeks ago, though, the Lakers badly needed warm bodies because most of their roster entered the health and safety protocols. They picked up IT and he did not disappoint. He dropped 19 points against the Minnesota Timberwolves and 13 points against the Bulls. The Lakers didn’t offer him a new deal but his performance was impressive enough for the Dallas Mavericks to pick him up.

This just shows how cutthroat the NBA is and Thomas’ story could serve as an inspiration to others climbing the ranks. Players such as Marquese Chris, Tyler Johnson, Lance Stephenson, Wes Iwundu, CJ Miles, Joe Johnson, Mario Chalmers, and Greg Monroe are all on hardship exception contracts.

As the season continues, more and more players will be out due to COVID-19. I do hope the NBA and its players come up with a solution to lessen the cases. But in the meantime, players who have been abandoned and forgotten get a second chance in the league. In my heart, do I wish all the best for these players being called up and that they can take advantage of the opportunity they get like IT.

All-Star Analyst Diego Dario puts the spotlight on four players that fantasy owners can pick up for Week 13.

All-Star Analyst Gabe Norwood has a few waiver wire recommendations for fantasy owners who have been impacted by COVID-19 player absences.

Help on the way? Injured stars on the mend