Caris LeVert is back on the court doing what he does best, overcoming adversity in all shapes and forms. Domantas Sabonis, the face of this season’s Indiana Pacers, raised both his arms in celebration as if his teammate Caris LeVert had just won them the game. He emphatically slapped the hand of LeVert. It wasn’t a game-winning free throw. The score was 45-39, with eight minutes left in the second quarter. LeVert had just scored his first point as a Pacer in the game against the Suns on Sunday.

It’s been three months since LeVert last played in an NBA game. In January, he was enjoying a hot streak of 26 points per game in his final five-game stretch as a Brooklyn Net.

Then, an unexpected life-changing event.

LeVert was shipped to Indiana as part of a stunning four-team trade that sent James Harden to Brooklyn. During a routine physical test before the deal was closed, a small mass on his left kidney was spotted. The medical condition meant LeVert couldn’t play. He was dropping 43 points on the Memphis Grizzlies in early January; by late January he was undergoing surgery to remove a cancerous mass in his body.

For normal folks, it would be a season-ender at best or a career-ender at worst, but this is Caris LeVert, so it was a hard no to both scenarios. LeVert is no stranger to adversity. It’s been a common thread in his basketball life, dating back to his college days when he hurt his foot before the draft. The injury put him in a walking boot and crutches, but also in a position to rise above it. He had no choice. 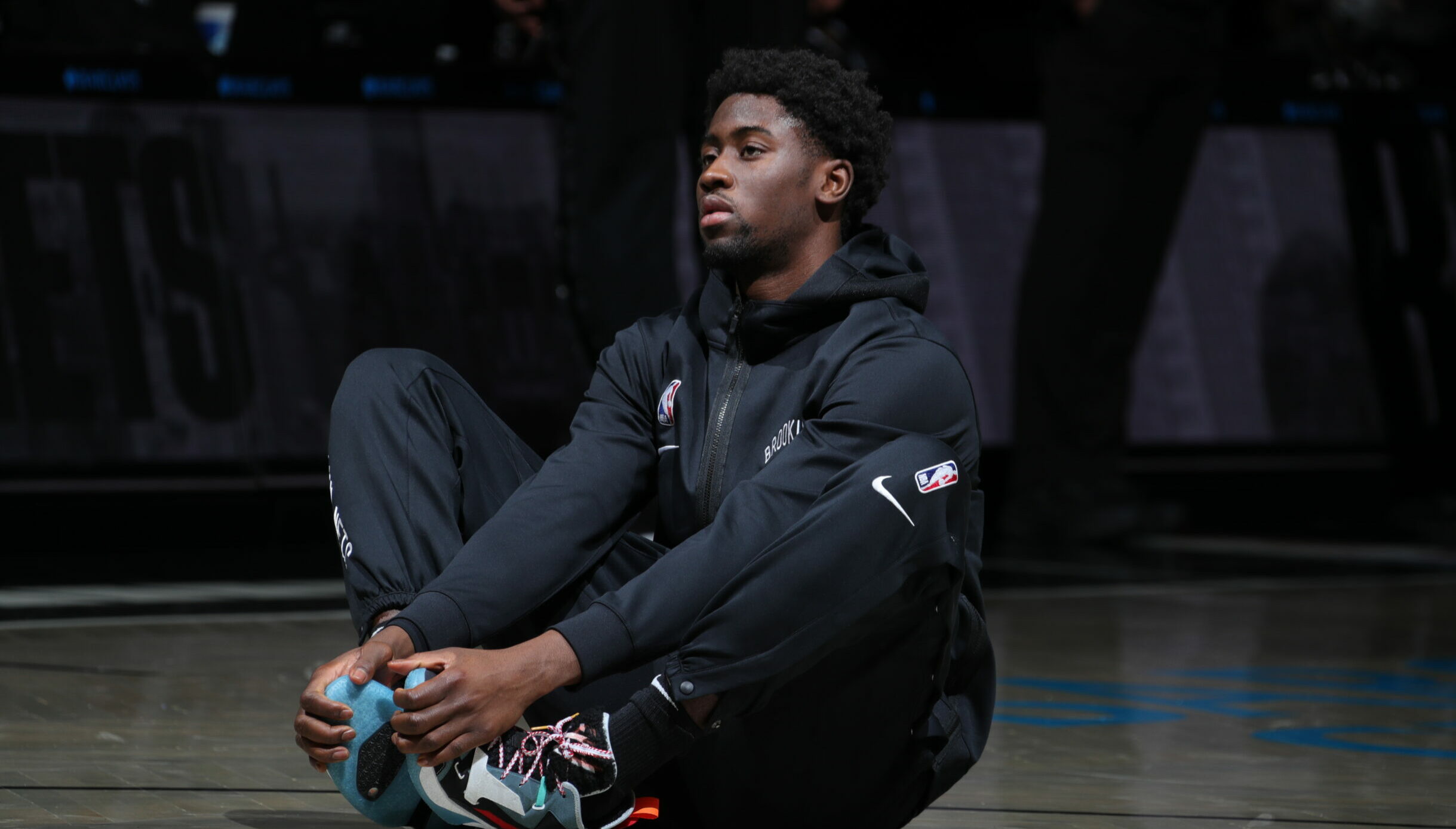 In an open letter to NBA GMs the day before the 2016 draft, LeVert wrote, “Now lots of people are asking whether I can come back and be the player I was before, whether I’m tough enough to pick myself up and be resilient in the face of adversity.”

Indiana bit, drafting LeVert as the 20th overall pick, then later traded him to Brooklyn for Thaddeus Young. Before Brooklyn became the hotbed for MVPs, it was LeVert’s playground, where he showed flashes of offensive brilliance with shades of an alpha dog waiting to be unleashed. But in only his third year in the league, LeVert’s old friend adversity came for a visit.

In what should’ve been a routine chasedown block highlight, LeVert came crashing down awkwardly and injured his foot in a way that can only be described as “gruesome.” D’Angelo Russell was visibly shaken. Rondae Hollis-Jefferson wept. LeVert was rolled out in a stretcher.

For normal folks, it could’ve been a season-ender at best or a career-ender at worst, but this is Caris LeVert, so he missed only 42 games. In his return, LeVert somehow got even better, as if his basketball powers regenerate and multiply with every setback. Adversity stuck with him, he knew that by then. His response was to ingrain overcoming it in the fiber of his DNA.

This latest challenge in LeVert’s life is the toughest yet, but could prove to be the most rewarding.

LeVert was feeling fine. In his first 12 games of the 2020-2021 season—as the third guy after Kevin Durant and Kyrie Irving—he was scoring close to 19.0 points per game and chipping in 6.0 assists and 4.3 rebounds per game. Then the trade happened and the mass was detected. No symptoms. No pain. No clue. In LeVert’s words, the trade “could’ve possibly saved” him in the long run.

LeVert is back on the court doing what he does best, overcoming adversity in all shapes and forms. This is his personal Comeback Tour, except now he’s a thousand times more ready, except now he’s trying to get Ws for the team that originally drafted him.

The Pacers are struggling, but they looked dangerous in LeVert’s debut versus the very hot Phoenix Suns. In that game, Sabonis got his triple-double while Malcolm Brogdon continued his quest of subtle dominance. Myles Turner got his four blocks while Doug McDermott is back in his role of casually scoring 22 off the bench.

LeVert, meanwhile, started in his first game back since January, scoring 13 points on 5-of-14 shooting. But the biggest LeVert stat is not the points nor the seven rebounds he contributed. After all he went through, it’s this: 27 minutes played.

"What I've been through in the past couple of months, it's just a blessing to be out here on the court playing the game I love,” LeVert said postgame.

LeVert carried the momentum over to the Pacers’ game against the Denver Nuggets. He scored 17 points, on 55 percent shooting, and added two rebounds, two steals, and three steals -- the kind of stat line we’re used to seeing from him.

The LeVert highlight reel will show his first made free throw where Sabonis celebrated like a champ. It’ll also have the first made field goal where he snuck up out of nowhere for a putback. But the best highlight so far is the one that happened before tipoff where LeVert took off his warmups to reveal that no. 22 is back, despite everything. It’s quite possibly the best highlight of the year.