The Rundown: It’s all about Steph Curry!

Steph Curry is now the NBA's 3-point god, breaking Ray Allen's record for the most 3-pointers made in league history with 2,974 3s. 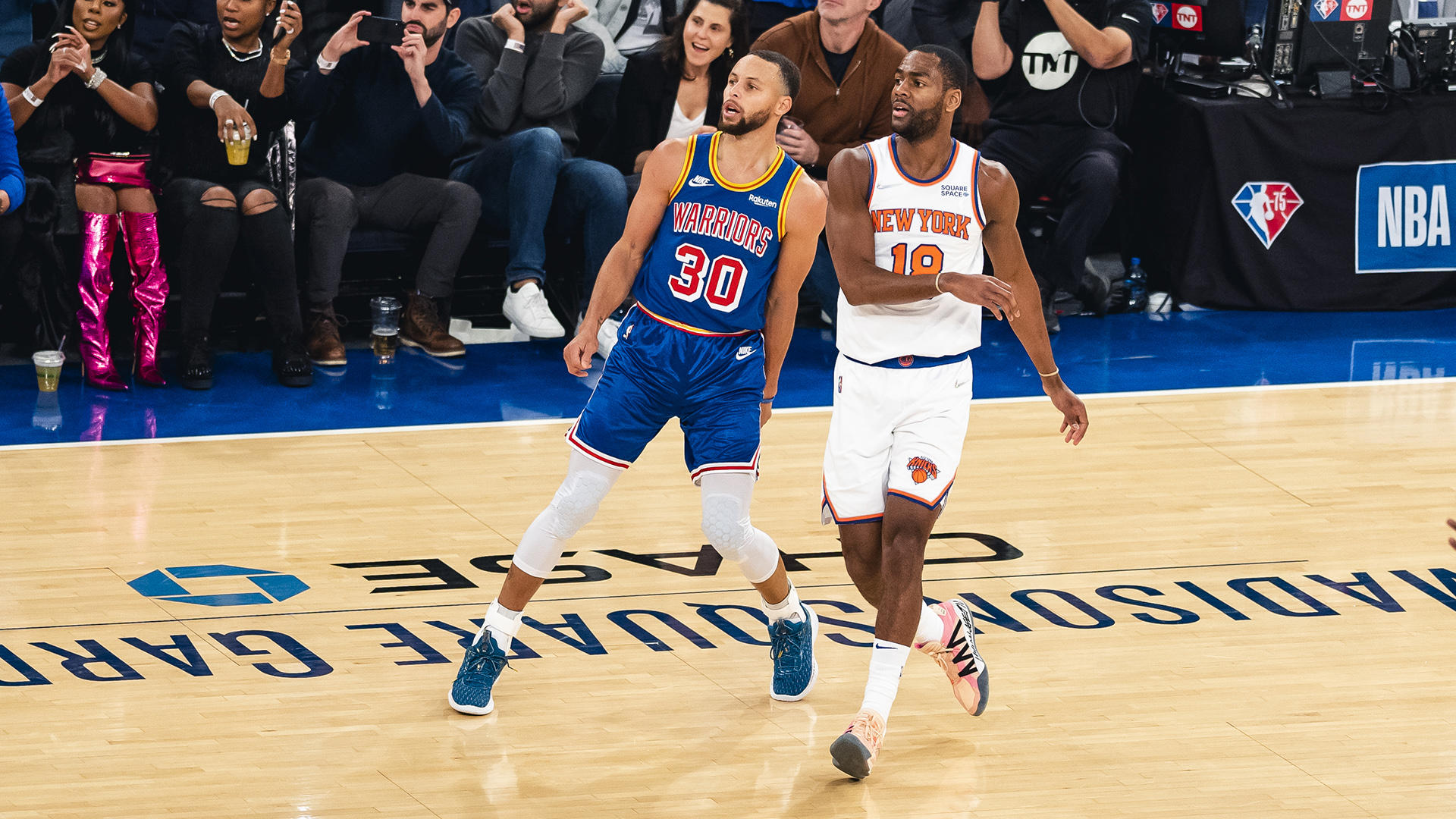 The Golden State Warriors took a 105-96 win over the New York Knicks for their second straight win. But that wasn’t the biggest story of the game.

In less than a minute into the game, he broke Ray Allen’s record of most 3-pointers made in NBA history. Stephen Curry is now officially THE greatest shooter of all time with 2,974 made 3s.

Everyone inside Madison Square Garden took a moment to honor Curry’s achievement. In attendance to witness the historic moment were his parents, Dell and Sonya, Reggie Miller at the broadcast table, and Allen, whom Curry passed on the list.

Warriors head coach Steve Kerr wanted to add to the celebration by getting the win. It was a low-scoring game in the first half, but Golden State started the third quarter strong, while holding New York to just 16 points. In typical Warriors fashion, once their shots started to fall, it was near impossible to get them to stop, eventually getting the win at MSG.

Would we pick any other?

In a game where he made history, Curry finished with 22 points, anchored on five 3s. He now has made 2,977 shots from downtown and counting. Curry achieved the feat in just 789 games, over 500 games quicker than it took Allen to set the record.

The entire NBA community had nothing but praises and congratulated Steph for achieving the historic feat.

Just landed in Dallas to see @StephenCurry30 broke the record and to make it even doper he did it in the GARDEN!! WOW CONGRATS BROTHER!! INCREDIBLE 🔥🔥🔥🔥🔥🔥🔥

Legendary moment at the World’s Most Famous.

Steph, Reggie, and Ray. The best shooters in the world in one frame. Iconic, indeed.