Miles Bridges and the Hornets orchestrated a second-half rally that allowed them to finish off the Knicks and grab their second straight win. 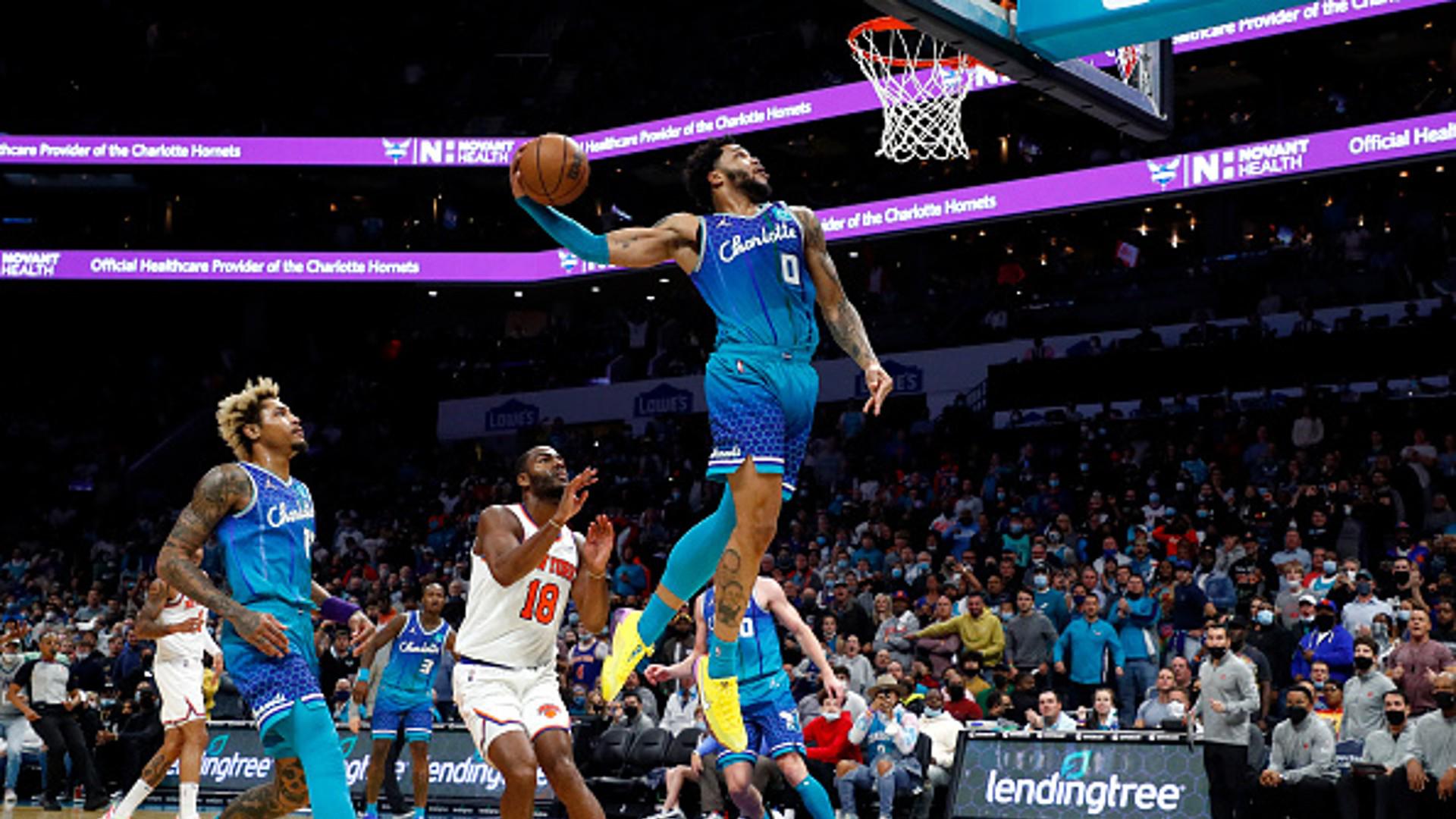 Miles Bridges, the longest tenured Hornet, came up with 24 points, four rebounds, and four assists, while Gordon Hayward followed closely behind with 22 points. LaMelo Ball was one assist shy of a triple-double with 12 points, 17 rebounds, and nine assists.

Former Hornet Kemba Walker went crazy in the first quarter, where he made 17 of his 26 points on 6-of-8 shooting from the field. He led the Knicks to a confident start, leading by as many as 16 points even with Julius Randle going scoreless. Charlotte struggled to make their shots from distance in the entire first half, only sinking two 3-pointers.

However, the Hornets have proven yet again why they’re considered a dangerous second-half team. They opened the third quarter with a massive 22-5 run that put them on top for the first time since the opening minutes. New York tried to contain the lead as soon as Charlotte began trailing away.

When the fourth quarter came around, it was anybody’s ball game.

The Knicks’ bench took control led by Alec Burks who had 15. The Hornets were not one to back down as they put their team effort on display. In the end, it was Randle’s three missed free throws late in the game that proved costly for New York as Charlotte took the game in their homecourt.

Meanwhile, the Milwaukee Bucks and Boston Celtics needed an extra five minutes to close out their first game against each other. The Celtics came away with a 122-113 victory over the struggling Bucks.

Grayson Allen knocked down a dagger from downtown with 13.6 seconds left in the fourth quarter to tie the game 108-all. Jayson Tatum had the opportunity to hit a game-winner and avoid overtime, but he missed his fadeaway shot.

The Bucks ran out of steam as the Celtics pulled away with the win to put them at 6-6 in the league standings. Dennis Schroder had his best game in a Boston uniform as he finished with 38 points, eight rebounds, and three assists. He was followed by Tatum who had a double-double of 27 points and 11 rebounds.

Kristaps Porzingis was three points shy of reaching his career-high as he led the Dallas Mavericks with 32 points and seven rebounds. He was already at 23 points in the first half, thanks to a hot start against the San Antonio Spurs.

Nikola Jokic is now tied with Larry Bird at the eighth spot in the all-time triple-double leaders after tallying his 59th in his career. He finished the game against the Hawks with 22 points, 19 rebounds, and 10 assists.

Lu Dort didn’t need any endgame assistance when he gave the Oklahoma City Thunder a win against the Sacramento Kings. He topped the scoreboard with 22 points, to go with two rebounds and five assists.

Lu Dort does it all by himself for the game-winner 😤 pic.twitter.com/gdDwnDcf0Q

“We just had to finish the game. I know they had one more possession left and I just have to step up, get a stop, and finish strong,” said Dort.

Things were only sweeter for Dort as his mom watched him for the first time in OKC.

“She’s done a lot for me. Without her, I wouldn’t be in this position right now today. I love her to death and I’m happy she’s here. She could enjoy me playing good,” he added.

Warriors fans sometimes forget Gary Payton II is just 6’3. Actually, maybe even he forgets that with all the dunks in his highlights.