The Bucks scored 77 points in the first half in their rout of the Warriors, while Ja Morant and the Grizzlies grabbed their 11th win in a row. 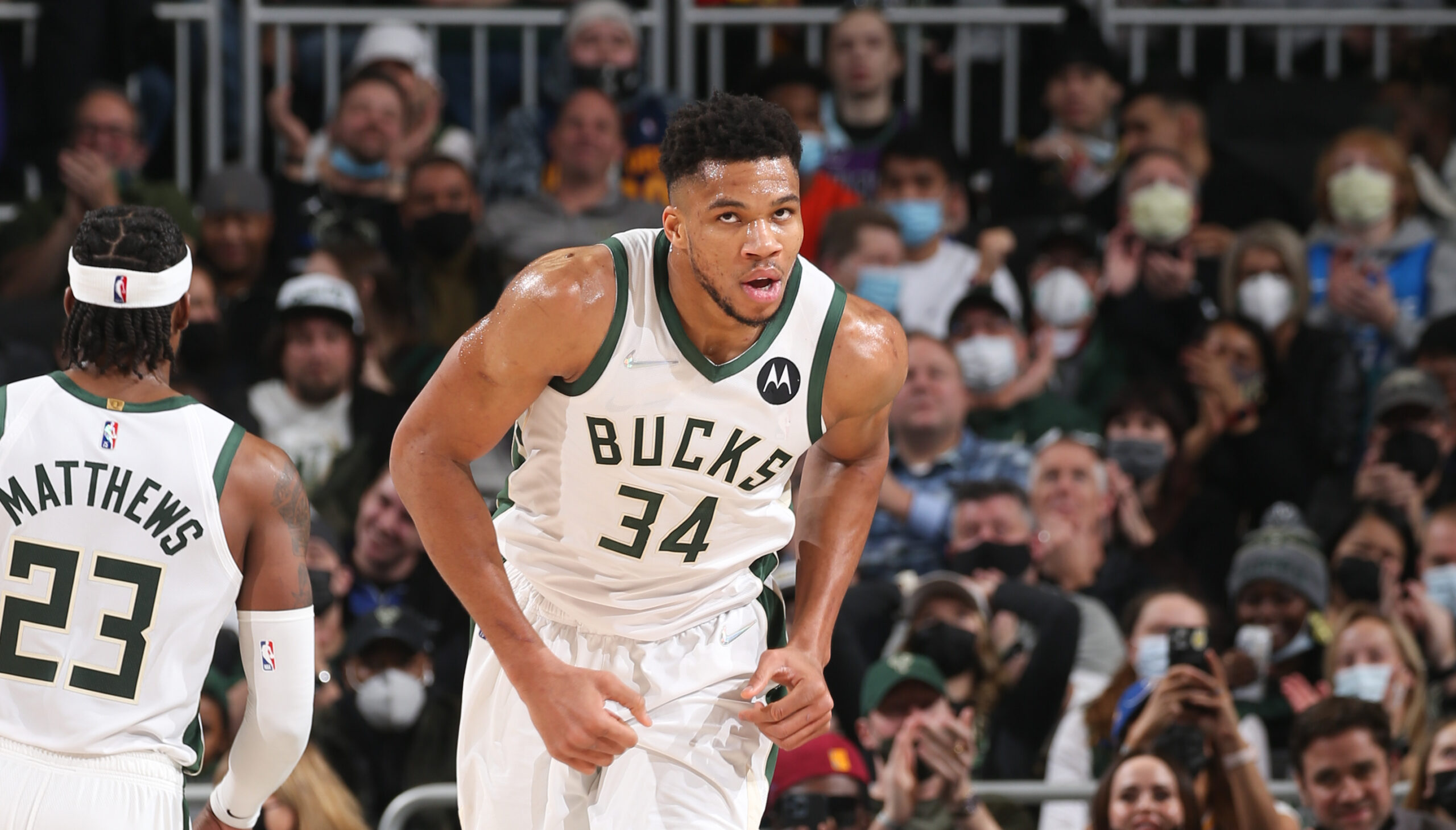 The Milwaukee Bucks played with something to prove today. Facing the best defensive team in the Golden State Warriors, Milwaukee scored 77 points in the first half, while limiting the Warriors to just 39. Giannis Antetokounmpo and Bobby Portis combined for 40 points at the half.

It was never close. This game showcased the defending champs’ low-key dominance over the past month as they improved to 27-17 for fourth in the East. On the other hand, the Warriors showed just how much they missed Draymond Green, who has sat Golden State’s last three games due to calf tightness.

Draymond is Golden State’s best passer and could have been key to limiting Giannis (more on this later). With Klay Thompson back, the Warriors – losers of four of their last five games – will only feel complete when Green also returns.

In Memphis, the Grizzlies extended their winning streak to 11 with a tight win against the Minnesota Timberwolves. This time it wasn’t Ja Morant that came to the rescue.

John Konchar knocks down the CLUTCH 3 to put the @memgrizz up 6 on NBA League Pass: https://t.co/oz9UCQxdQa pic.twitter.com/KFZ7aEXnd9

Sophomore guard John Konchar drilled that crucial 3-pointer and also contributed 15 points and 17 boards off the bench. Konchar is six-foot-five.

Ja Morant has been terrific, especially since returning from injury in late December. But the best thing about this Grizzlies squad has been the quick development of their young supporting cast. Morant can have off-games like today (14 points, 5-of-19 shooting) with guys like Konchar, Desmond Bane, Tyus Jones, and Brandon Clarke always ready to step up.

Giannis Antetokounmpo should be the top MVP candidate this season with how often he puts up numbers like he did today.

The two-time MVP shredded the Warriors for 30 points, 12 rebounds, 11 assists, and three blocks in just 30 minutes.

It’s been easy to overlook Giannis because of how easily he dominates the game. He’s the most physically imposing player the NBA has had since Shaquille O’Neal. Teams that don’t have the bodies to guard him will get bopped like the Warriors.

Seems like someone high up the NBA chain didn’t dig the Kings’ “ice cold player of the game” gimmick.

As much fun as it was to see a visiting player like Russell Westbrook of the Lakers last night identified as the “Cold as Ice” player of the game, a source with the NBA tells me that the bit used by the Kings will not be allowed to continue.

With the trade deadline looming, the Atlanta Hawks and New York Knicks made the first big swap of the season.

ESPN Sources: The Atlanta Hawks are trading forward Cam Reddish to the New York Knicks for a deal that includes a protected 2022 first-round pick via Charlotte. Knicks also acquire Solomon Hill and a 2025 second-round pick via Brooklyn in trade.

The Hawks, who have been underperforming this season with a record of 17-23, were deep at the wing position. Kevin Huerter just got a massive four-year extension so the Hawks weren’t likely going to bail on him. De’Andre Hunter, on the other hand, showed promise as a two-way player when healthy.

This ends an interesting stint for Cam Reddish in Atlanta where he flourished as a scorer when he got minutes. With the Knicks, Reddish gets a chance to start right away with their lineup lacking guard depth. He’s also only 22, younger than Obi Toppin and Immanuel Quickley. He also reunites with Duke teammate RJ Barrett, who is now the longest-tenured Knick.

Kevin Knox, who held that distinction before being traded, heads to Atlanta. He’s also a wing but he should be happy with whatever minutes he gets on the Hawks since he was barely playing with New York.

The biggest prize the Hawks got in the deal was the protected first-round pick. Even if the pick lands late in the first round, the 2022 Draft looks like it has decent depth so the Hawks could get an impact player.