The Chicago Bulls leaned on DeMar DeRozan and Zach Lavine to stop the Celtics from getting their 10th straight win. 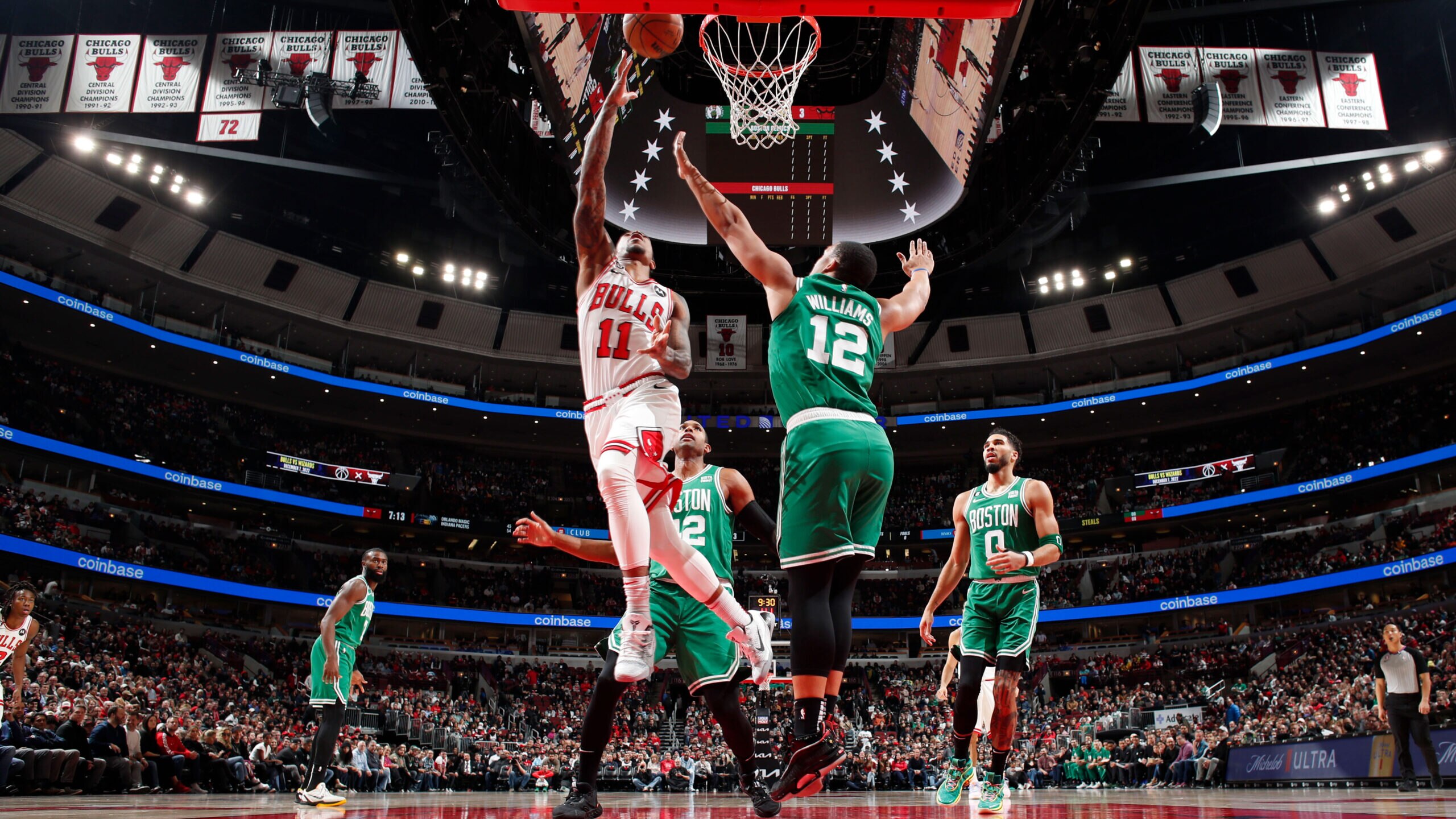 The struggling Chicago Bulls got their morale-boosting win today, snapping the Boston Celtics' nine-game winning streak at the United Center.

The Bulls had lost six of their last seven games before today, unraveling bits and pieces of drama like benching Zach LaVine in the final minutes of a close game or Nikola Vucevic suddenly becoming one of the most inefficient big men in the league.

Today, they showed what a full-powered Bulls team could look like. They led from the jump and matched the league’s best offense bucket-for-bucket, run-for-run. The Bulls had a 21-point lead in the third quarter and when the Celtics cut it down to eight in the fourth period, DeMar DeRozan and LaVine went to work and iced the game.

The pair finished with 50 combined points, each also having at least five assists and five boards. The Celtics’ dynamic duo of Jayson Tatum and Jaylen Brown had 53 points combined but their solid supporting cast shot cold today.

Out west, the Los Angeles Clippers continued to rack up wins despite missing Paul George and Kawhi Leonard. They outlasted the young Utah Jazz for their seventh win in nine games.

Irrational confidence shooters Norman Powell and Reggie Jackson led the Clippers’ strong start in the first half and their comeback in the fourth quarter to deny the Jazz of another storybook finish. Powell had 30 points off the bench while Jackson added 27.

The New Orleans Pelicans faced a Golden State Warriors squad that rested all their starters today, but that didn’t stop them from going for the throat.

Brandon Ingram led the biggest blowout of the season so far, dropping 34 points on 12-for-19 shooting with six rebounds and three steals.

Brandon Ingram put up a season-high 34 PTS to lead the @PelicansNBA to victory!

Like many other teams, the Pelicans have been unable to gather momentum due to injuries to key players. With Zion Williamson back from a minor ankle sprain and a relatively light schedule ahead, this might be the time for New Orleans to make a run.

It wasn’t too long ago when Luka Doncic went on the record to say that NBA teams pretty much ran the same five offensive systems, which is why he thought the NBA game was easier to figure out.

Any innovation is easy to spot and new Jazz head coach Will Hardy has had to get creative with his young squad. The 34-year-old rookie head coach has been putting concepts of college offenses into the Jazz playbook. Clippers head coach Ty Lue took notice during his pregame press conference today.

Ty Lue says Jazz coach Will Hardy has brought some new offensive schemes in the NBA that no one has ever seen before. Gave him huge credit toward the team's success

The Minnesota Timberwolves pulled off a 15-point comeback against the Miami Heat in the weirdest way possible. Ant Edwards did most of the damage in the second half to pull the Wolves back in the game but he was silent in the final minutes. Karl-Anthony Towns had a pretty good game going before getting goaded into his sixth foul by Kyle Lowry in the final minute.

Who scored the crucial buckets? Of course, it was Rudy Gobert. Technically, Gobert had zero field goal attempts. He did it by getting to the line and overcoming his career 69 percent shooting on charities. He nailed four big free throws to ice the game in the final minute.

The Wolves’ season has been filled with this type of weirdness as they try to figure out how all their pieces fit. But just trying to out-talent teams might be enough as they’ve won four straight games.

This photo of Luke Kornet contesting Pat Williams’ jumper should be in the Hall of Fame for the whitest moments in NBA history.

Pat splashed this despite the creative defensive technique 💦 pic.twitter.com/0lLbmNYDxZ

Everything from the fundamentals of the contest to the look on his face screams lunch pale effort.