The Celtics took down one of the best teams in the East, while Jordan Clarkson exploded for 30 points in the Jazz’s win over the Hawks. 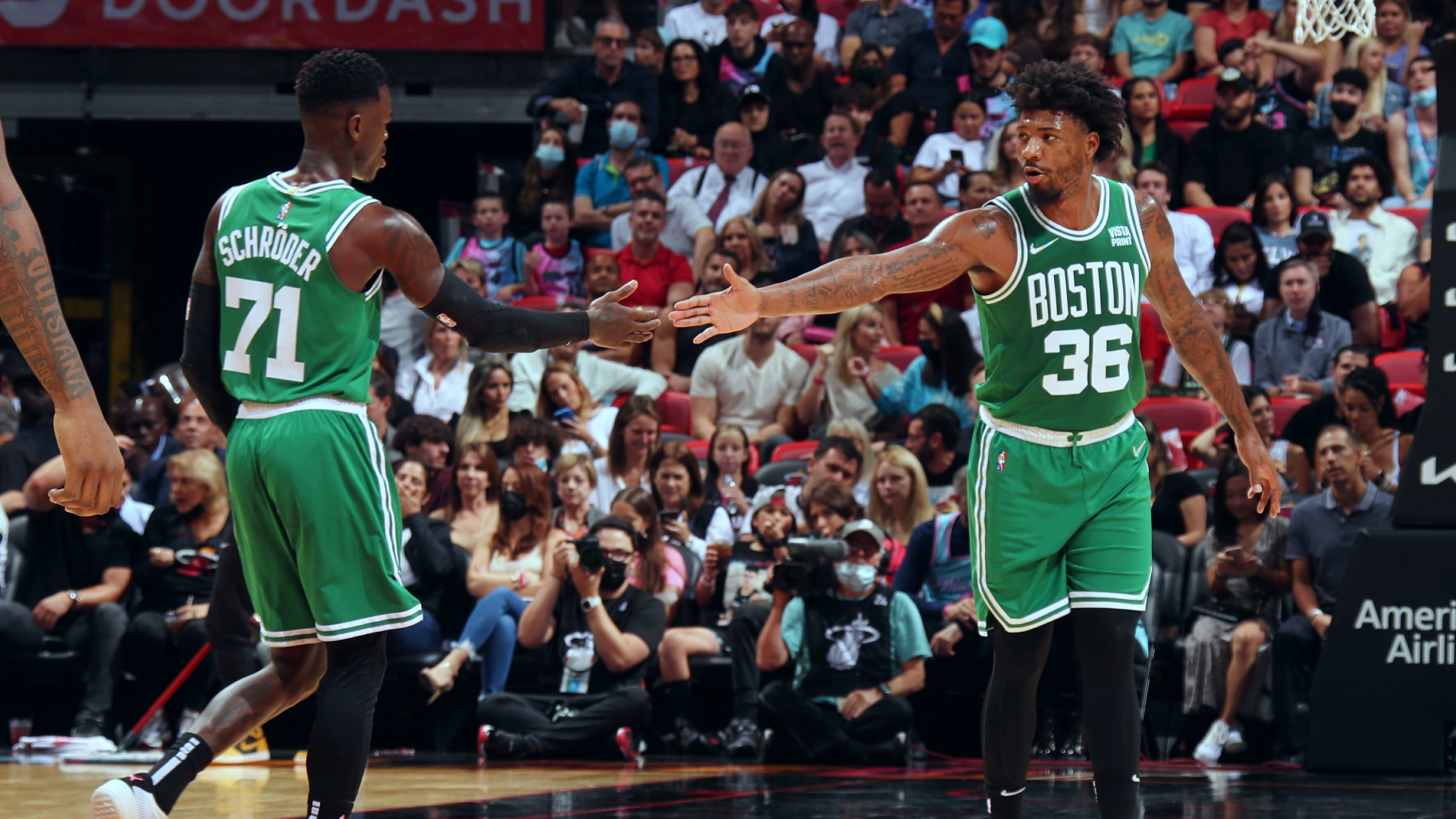 The Boston Celtics are now 2-0 since Marcus Smart made some controversial comments after their loss to the Chicago Bulls.

Smart got exactly what he wanted as six guys scored in double figures for the Celtics in the win over the Miami Heat. Jaylen Brown led the team with just 17 points, while Jayson Tatum, who was scoreless in the first three quarters, ended with 10 points with only three made field goals.

The Heat started the game strong with Duncan Robinson leading the charge with 3-of-4 from the arc. But Miami’s hot shooting turned ice-cold not too long after. Boston gained momentum and scored 33 points in the second to go up 18 at the end of the half. Not only did the Celtics get their shots to fall, but they also clamped down on the Heat, limiting them to just nine points in that quarter.

JB shut this shot down ? pic.twitter.com/yiRf9RVAvo

Miami tried to rally in the second half but the Celtics shut the door on a possible comeback from the Heat, continuing to rely on team effort to secure the game.

The Heat struggled to make any shots from distance, ending with 9-of-41 from 3-point territory. It also didn’t help that Kyle Lowry went down at the end of the third with an apparent ankle injury.

The Celtics are now 4-5, while the Heat dropped to the No. 2 spot in the East just behind the Philadelphia 76ers with a 6-2 record.

Jordan Clarkson reminded everyone why he is the reigning Sixth Man of the Year. He led the Utah Jazz in scoring with 30 points, 25 of which came in the second half. He made 10-of-19 from the field, made four 3s, and added four rebounds and three assists off the bench.

The best thing about it is Paul’s career is far from over. He continues to play long and meaningful minutes for the Phoenix Suns, even at 36 years old.

Former NBA guard and now TV analyst Greg Anthony had nothing but praises for the Point God.

“That’s just a remarkable accomplishment when you think about the greats who’ve played that position,” said Anthony.

“Chris can get 30 [points] a night. He’s good enough still at this stage, but he understands it’s about winning. And that’s why he’s put his focus on his ability to create those opportunities for his teammates.”

“That’s just a remarkable accomplishment, when you think about the greats who’ve played that position.” @GregAnthony50 reflects on @CP3 moving to 3rd all-time in assists 👏 pic.twitter.com/pXGSgAvDiJ

Shai Gilgeous-Alexander is known for his crazy shots and unbelievable athleticism, but late in the game in LA, he dished out this sweet pass to Lu Dort that sealed the deal against the Lakers:

🌩 @shaiglalex leads the way in the @okcthunder comeback win with 28 PTS, 6 AST and 4 3PM! pic.twitter.com/yVaT7ux0CF