Steph Curry is now two 3s away from breaking the all-time record for 3-pointers made after the Warriors escaped the Pacers on Tuesday (PHT). 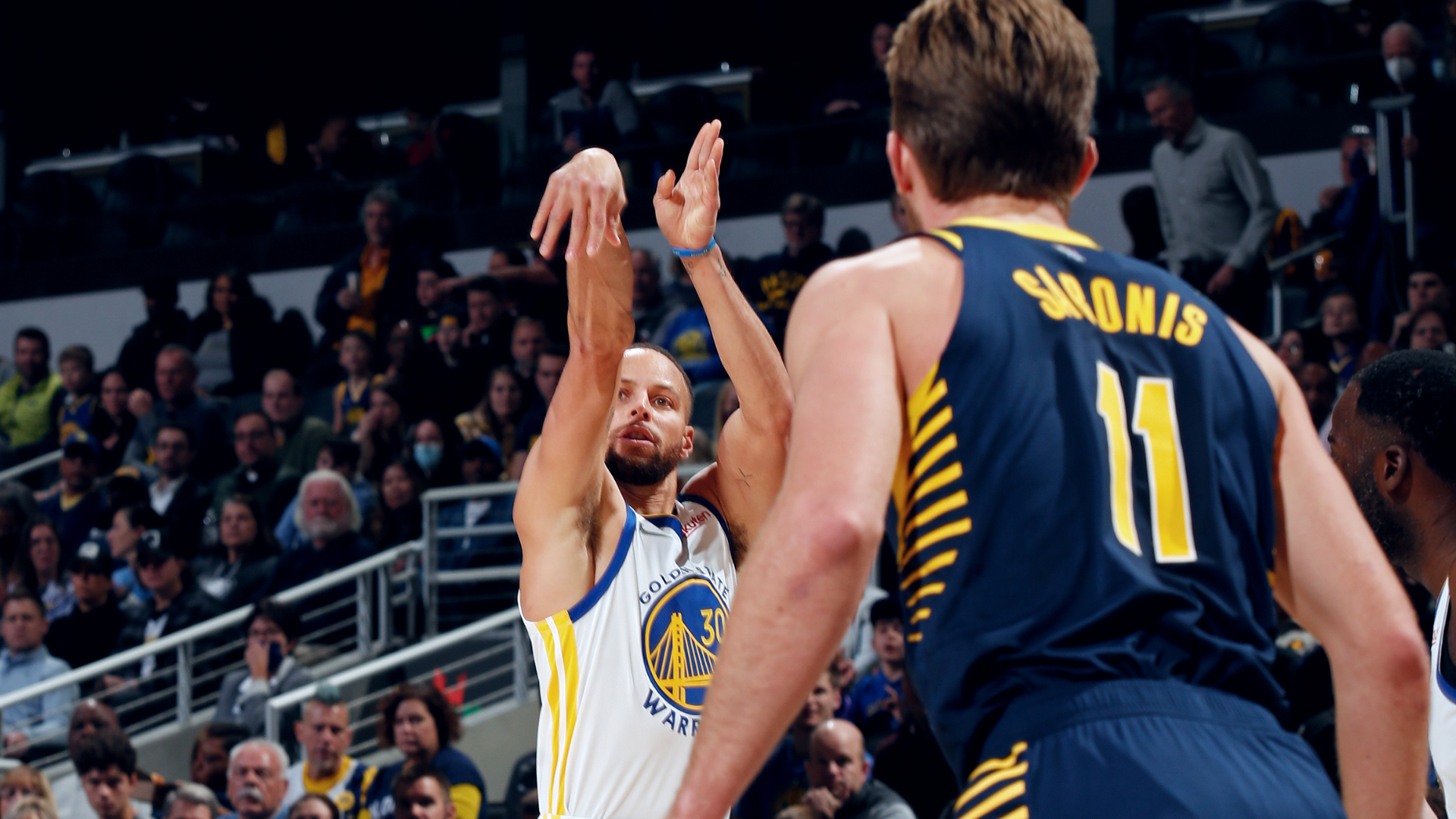 The Golden State Warriors took a 102-100 win over the Indiana Pacers thanks to a late-game run.

Steph Curry is now two 3s away from breaking the all-time record of 3-pointers made. He needed six to tie Ray Allen’s record of 2,973, but Curry only knocked down five against the Pacers. He ended the match with 26 points, six rebounds, and six assists. Draymond Green and Andrew Wiggins had 15 points apiece.

The Pacers looked like they were going to give the Warriors their sixth loss of the season. They led for most of the game by doing everything on both ends of the court. Their excellent defense forced Golden State to 17 turnovers, seven of which belonged to Curry.

Domantas Sabonis came up huge for Indiana with a double-double of 30 points and 11 rebounds. He was excellent from the 2-point range going 12-of-16, scoring nine in the third quarter. But, the Pacers couldn’t keep the Warriors at bay.

Things started to go south for Indiana late in the game when it was up by five with less than three minutes remaining. The Warriors went on a 7-0 run to go up by two. The Pacers had an opportunity to tie or take the win, but Caris LeVert fumbled the ball and turned it over to give the win to Golden State.

It has probably been a while since fans heard about Eric Gordon, but today he made the headlines. The veteran scored 32 points on 10-of-16 shooting from the field, half of which were 3-pointers. Gordon and the Rockets rallied from 19 points to beat the Atlanta Hawks for their ninth win of the season.

The league announced that the Chicago Bulls’ next two games will be postponed to a later date. The Bulls were supposed to play the Detroit Pistons on Wednesday (PHT), and the Toronto Raptors on Friday. Their next game will now be against the Los Angeles Lakers on Monday.

The following was released by the NBA pic.twitter.com/afG3OqvqlB

The Denver Nuggets and their fans adore Facundo Campazzo. Here are two reasons why:

Eyes in the back of his head 👀 pic.twitter.com/rOGxHgq0ZM

The Magician is pulling out all the tricks tonight! pic.twitter.com/E7HOlXbaxi