Steph Curry made nine triples en route to 37 points to lead the Warriors to a huge win over the Nets. 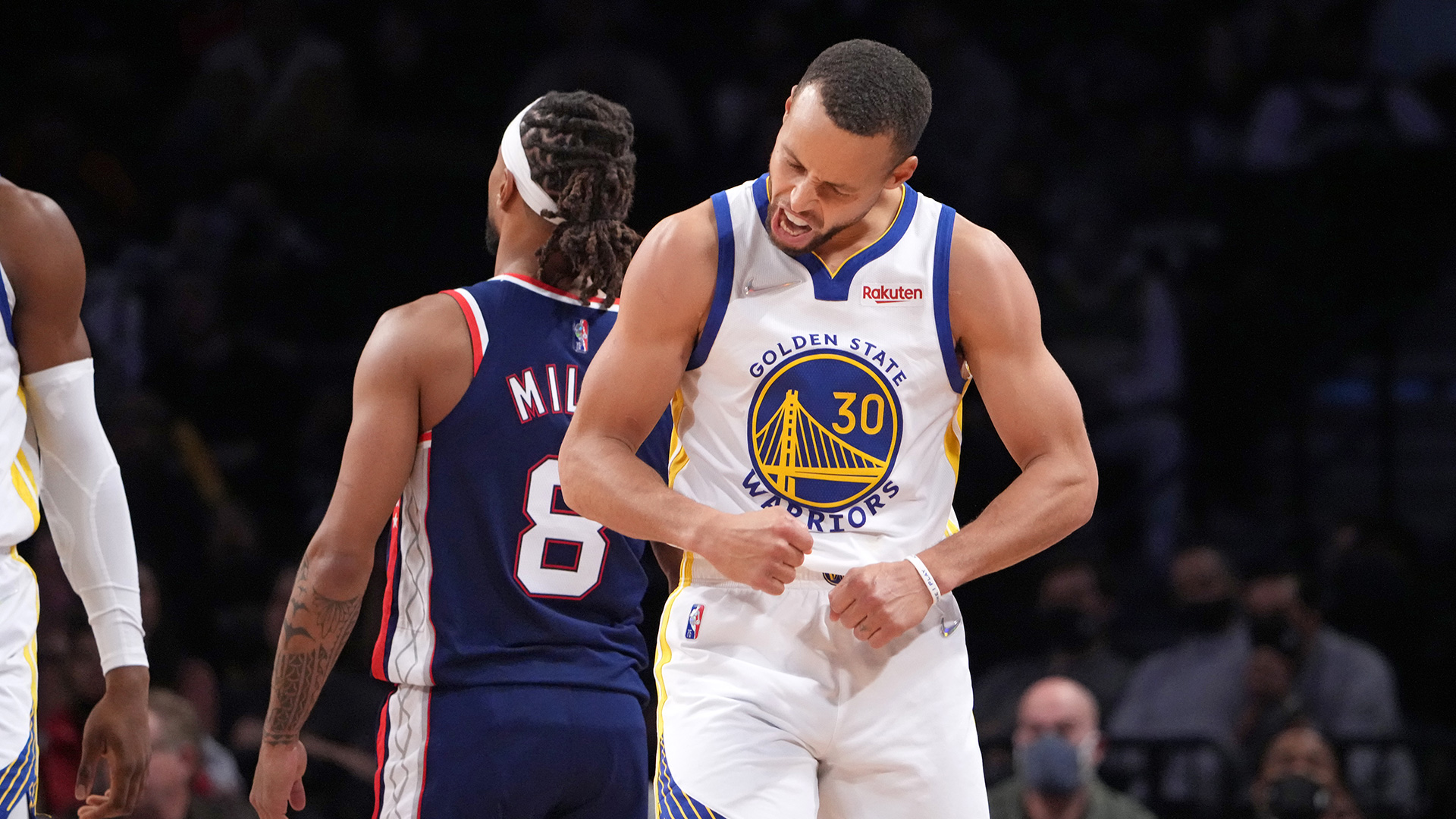 The Golden State Warriors remained the top team in the league after claiming a 117-99 victory over the Brooklyn Nets.

Steph Curry had another excellent shooting night, topping the scoreboard with 37 points, including nine 3s. He was followed by Andrew Wiggins and Jordan Poole who had 19 and 17, respectively.

Both teams were trading shots until the second period when Wiggins got red hot. He scored 13 of his 19 points in six minutes as the Warriors took a five-point lead at the end of the first half.

Golden State’s momentum carried into the third quarter, bringing the lead up to 16. The Warriors ramped up their defense, putting the pressure on Kevin Durant and James Harden. Curry got into foul trouble but the Nets couldn’t capitalize on his absence.

KD struggled to find his rhythm in the second half, missing all eight of his attempts in the third period. By the time the final period rolled around, the Nets were already too far behind.

Harden led Brooklyn’s scoring with 24 points but committed five of the team’s 11 turnovers. Durant, the league’s top scorer (29.6 points) entering the matchup, was limited to just 19.

The Warriors are at the top of the league standings at 12-2, while the Nets are third in the Eastern Conference with a 10-5 record.

There’s a reason Paul George’s name is mentioned in MVP talks, and he proved it yet again against the San Antonio Spurs. He led the Clippers, scoring 34 points in 34 minutes. He also had nine rebounds, four assists, and two steals to get their eighth win of the season.

The Clippers dominated the Spurs, stretching the lead to as large as 18 points, but a late push by the Spurs put them within a few possessions. George was crucial in the win, securing two free throws late in the game that stretched the lead back to double digits. The Clippers are back in the winning column after the Chicago Bulls handed their first loss in November.

Guess what, the NBA community still hasn’t figured out what to call Gary Payton II. Is it Young Glove (as The Glove’s son) or The Mitten (a little less frightening version of the Glove)?

Rudy Gobert was doing everything in the paint—blocking putback jumpers and going hard at the rim. He was the textbook definition of a big man against the Philadelphia 76ers.