Steph Curry made his first career game-winning buzzer-beater to lead the Warriors past the Rockets, while Ja Morant’s Grizzlies beat Nikola Jokic’s Nuggets. 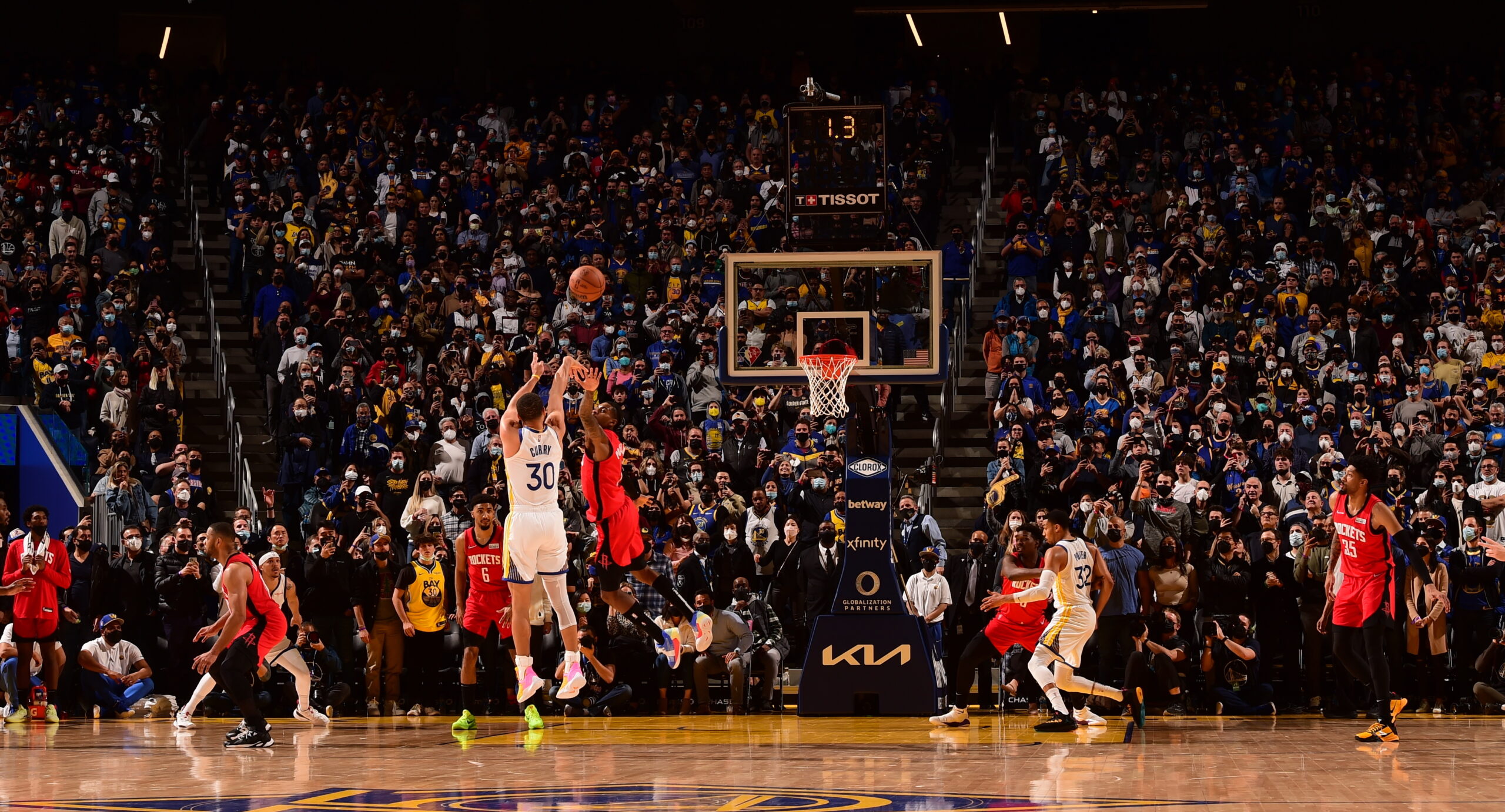 He just scored on an easy floater that forced the Houston Rockets to call timeout but before settling in on the bench, he kicked a chair in frustration. The bucket did cut the Rockets’ lead to six points in the middle of the third quarter, but Curry knew something wasn’t right. The Golden State Warriors shouldn’t have been down in the first place versus the lowly Rockets.

It was one of those games where the Warriors weren’t particularly themselves–perhaps fatigued on the second night of a back-to-back, missing both Klay Thompson (rest) and Draymond Green (injury).

The chair-kicking incident could have easily been the turning point. Curry scored eight more points after that and the Warriors ended the third quarter in a tied game.

With only two minutes and change left in the game, the Rockets were up four points. No sudden movements and hoping for Curry to remain a sleeping giant, Houston actually had a chance to steal one at Chase Center.

Without Thompson, Jordan Poole was pushed forward to the starting lineup and was having a good game, at least better than his last two. He cut the lead to two with a layup. Otto Porter Jr., who has also been seeing extended minutes in lieu of Green, tied the game with two free throws.

With five seconds left off a timeout, Curry got the ball on the right wing and attacked the defense of Kevin Porter Jr. He drove with his left but pulled the brakes as he reached the top of the key. He created space by stepping back, just enough to give him a clear, split-second look at the basket. As his 3,000-plus career 3s have proven, that’s all Curry really needed.

Just inside the arc, Curry rose for a jumper that looked good way before the ball was launched. Game over.

And just like that, order was restored in the NBA universe. The Rockets are still dead-last in the Western Conference. Warriors are back in the win column after a surprise loss to the Indiana Pacers. The chair–since recovered–should be awarded the game ball.

If you’re the type to check the boxscores first without checking who won (and by the way, how’s your fantasy team doing?), you’d think the Denver Nuggets won because of Nikola Jokic’s statline. The Joker, for the fourth straight game, notched a triple-double with a 26-11-12 line.

It came at another loss, though, because on the other side of the boxscore was Ja Morant’s huge 38-point game on 58 percent shooting. Morant continues to be a growing problem the league can’t solve right now.

While Morant is creating All-Star buzz, Jusuf Nurkic is quietly stringing together much-needed big games for the Dame-less Portland Trail Blazers. Nurkic scored 29 points and grabbed 17 rebounds in a win versus the Boston Celtics for his fourth straight double-double game.

James Harden had his own version of a triple-double against the San Antonio Spurs but not much news there. This poster on Jakob Poeltl, however, was something out of the ordinary:

The Nets’ bench reaction said it all. Post-game, Harden summed it up perfectly:

"They don't think I can't dunk no more… I don't want to bring it out."

You’ve probably seen this play a couple of times already, but since it was the greatest shooter of all-time’s first career game-winning buzzer-beater, it deserves to be seen on loop: