The Rundown: DeRozan hangs 37 in Bulls' comeback win over Celtics

DeMar DeRozan exploded for 37 points as the Bulls rallied from 19 points down to beat the Celtics. 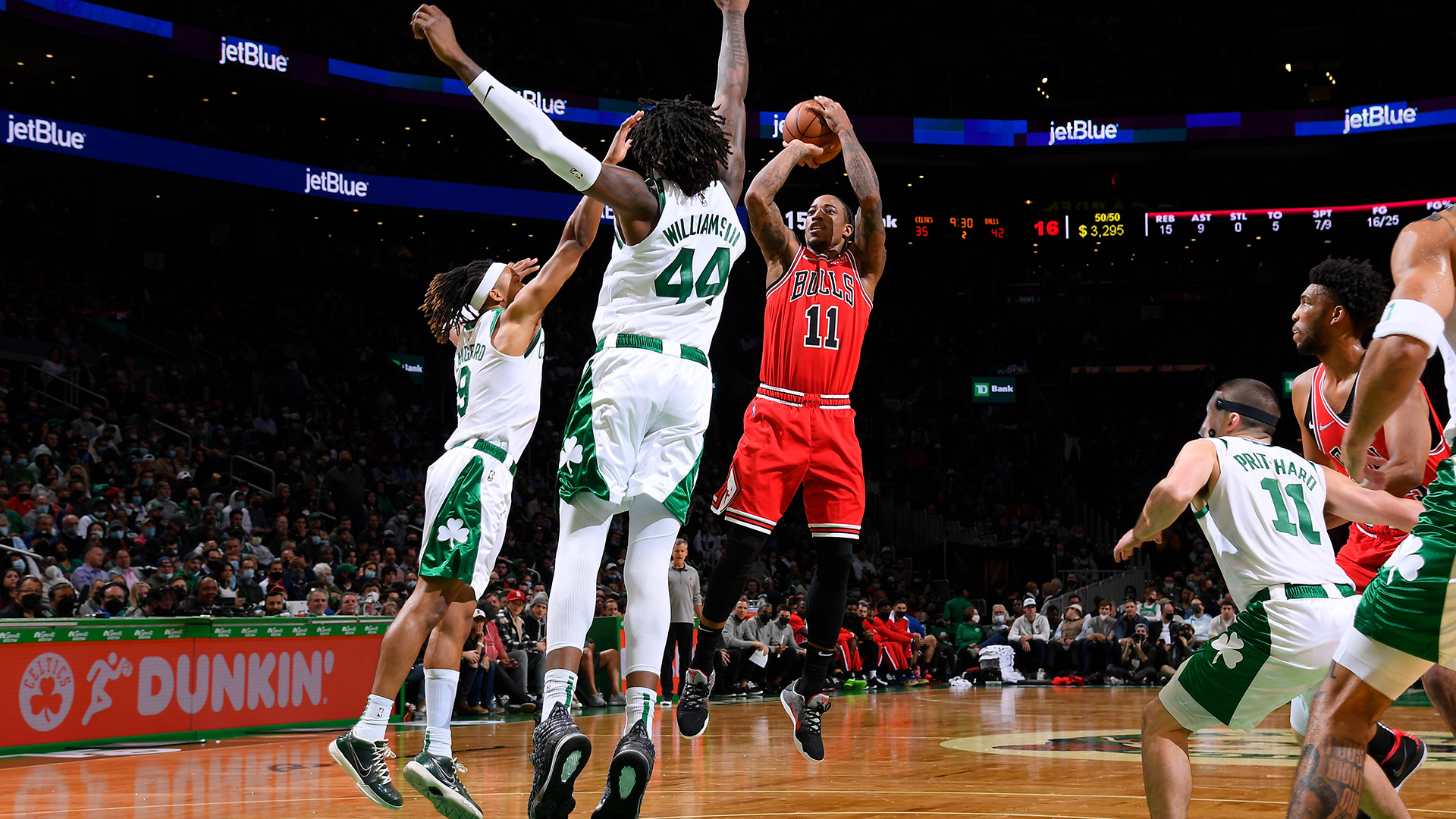 This game was another proof that the Chicago Bulls are dangerously good.

The Bulls were down 14 against a poised Boston Celtics, but then suddenly they weren’t. A 17-2 Bulls run was all it took to take down the Celtics.

The steady force for the Bulls was DeMar DeRozan, who scored an efficient 37 points on 15-of-20 shots. He’s been on a tear lately, dropping 32 on the Utah Jazz just two days ago.

Bulls rookie Ayo Dosunmu did work and hit all six of his attempts for a career-high 14 points, including a big 3 midway in the fourth.

The Bulls have now won six of their first seven games—all these while Zach LaVine is feeling a bit of discomfort in his shooting hand. He scored 26, by the way.

A 28-point game from Jaylen Brown and a double-double from Al Horford weren’t enough to get the W for Boston. They dropped to a 2-5 win-loss record.

“Every team is programmed and studied to stop Jayson and Jaylen. I think everybody's scouting report is to make those guys pass the ball. They don't want to pass the ball. That's something that they're going to learn. They're still learning.”

Safe to say that while the Bulls are dangerous, the Celtics might be in danger.

The breakout is real. Before the season even began, OG Anunoby was hyped to go big with the absence of Pascal Siakam. He’s showing why.

Anunoby scored a career-high 36 points versus the New York Knicks, a team known for elite defense. Anunoby ate that defense up. The Toronto Raptors are on a four-game winning streak, riding the OG wave up until Siakam’s return.

Here’s something you don’t see everyday. A “We want Lillard!” chant broke out in Philadelphia:

Franz Wagner was picked 8th in the draft, so here he is showing how he feels about that:

The rookie throws it down and has a career-high 28 PTS on NBA League Pass! #NBARooks pic.twitter.com/6EaWUwne1L

Wagner dropped a career-high 28 points on the Minnesota Timberwolves in just 31 minutes of action. Time to invest in Wagner stocks.