Kevin Durant came up big down the stretch to help the Nets outlast the Pistons, while D-Rose had a strong outing off the pine to lead the Knicks to victory. 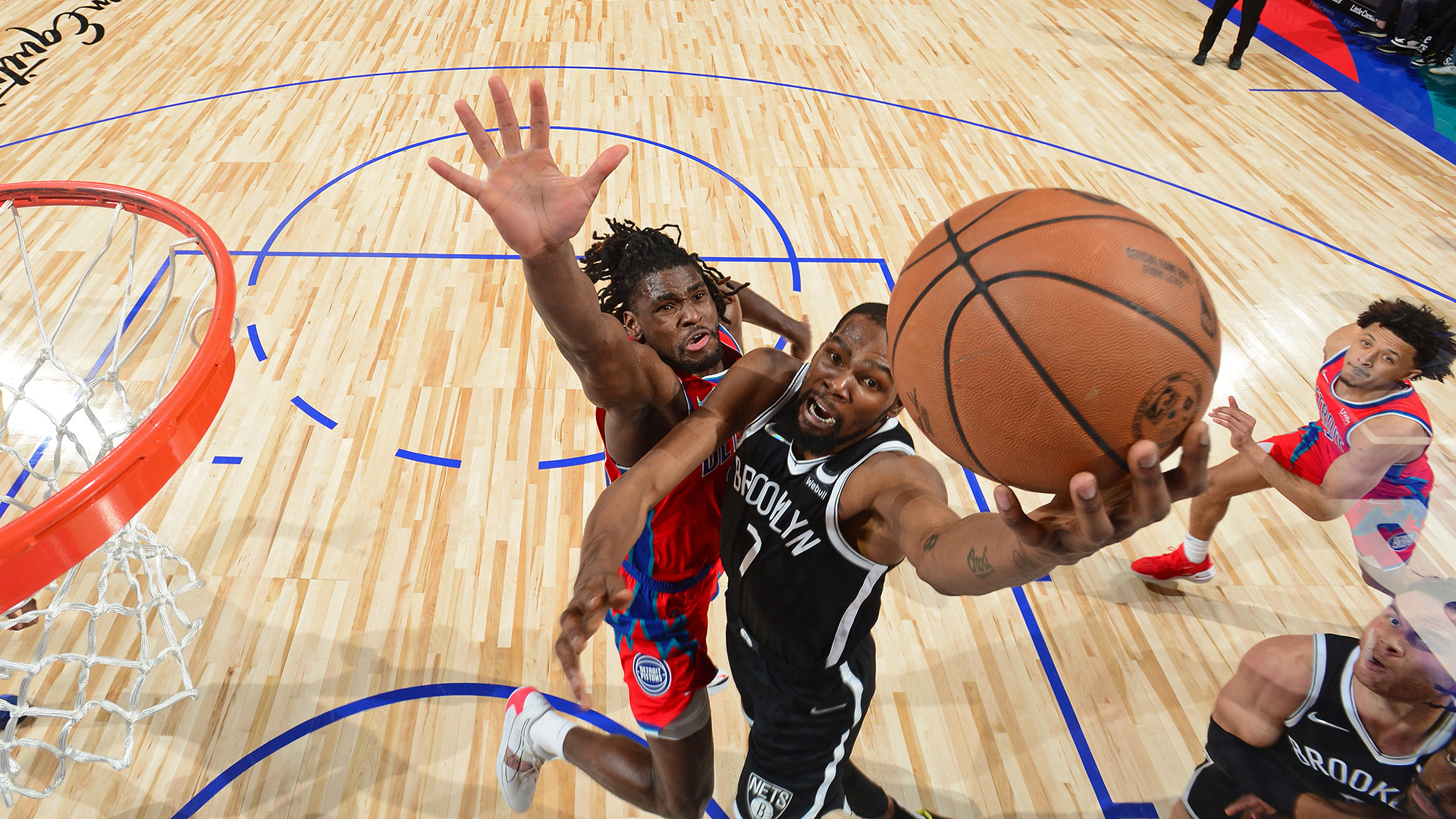 It was the late, late show with Kevin Durant in Detroit.

KD and the Brooklyn Nets just couldn’t put away a pesky Detroit Pistons in the first half and things were uneventfully tied at halftime, 39-all.

By the second half, though, the Nets got things rolling and built a seemingly comfortable 16-point lead heading into the fourth quarter. But the Pistons just wouldn’t call it a night.

Cade Cunningham, this season’s top draft pick, and Cory Joseph found their stroke. They chipped away at the lead and, all of a sudden, the Pistons found themselves in upset territory.

It has all the making of your garden variety Nets breakdown, letting a sure-win slip away. It even had the trademark odd lowlight that’s always evident in these types of upsets. James Harden had the ball tapped by Saadiq Bey into the backcourt, but instead of picking it up for a turnover, Harden inexplicably watched as Bey picked it up for an open dunk.

In the fourth quarter, with the Pistons within striking distance, Durant (with bonus help from LaMarcus Aldridge) put his foot down and scored at will. He scored on one-legged jumpers, layups, fadeaways, looking effortless while doing so.

It was all Durant baskets down the stretch for the Nets. He proved once again why he’s one of the league’s elite scorers.

Derrick Rose gave the defending champs Milwaukee Bucks the business off the bench.

Cade Cunningham led the Pistons in scoring with 17 points, at times being defended by Durant.

KD had nothing but love for the rookie after the game:

“I love Cade's game. I think he's going to be a tough, tough cover for a long, long time."

Rookie Scottie Barnes missed a couple of games for the Toronto Raptors but came back strong. Like body-slam-almost-7-footer-Jarrett-Allen strong: