Giannis Antetokounmpo had a 31-7-9 line to steer the Bucks to an easy win over Kevin Durant and the Nets. 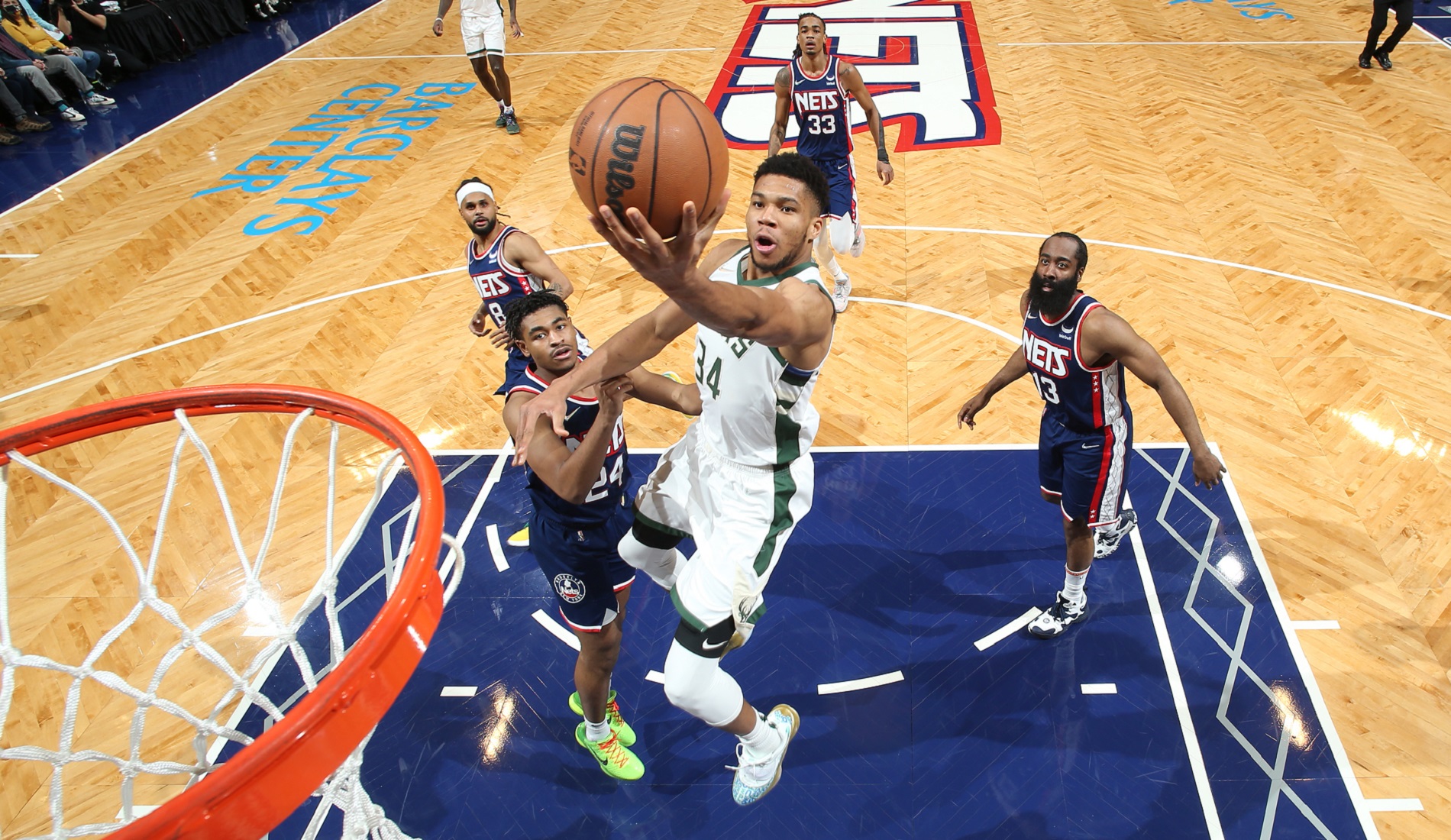 The last time the Brooklyn Nets hosted the Milwaukee Bucks at Barclays Center, both teams were a win away from the Eastern Conference finals. For the Nets, they were about an inch or two away. We all know what happened there–the most heartbreaking and painful jumper that Kevin Durant made in his life.

Fast forward to today, the Bucks were back in Brooklyn to prove that their Game 7 semifinals win was nowhere near a fluke. The Nets didn’t seem to have a chance in this one. Again playing without Kyrie Irving, who’s not welcome in his own home court, it had familiar vibes of that Game 7 when Durant didn’t get much help.

By halftime, the Nets were down 11 points to a Bucks team that came out firing. The lead grew and grew (it was 24 at one point in the third quarter) and the Nets sank deeper and deeper into a hole. While Durant carried the scoring load, James Harden gave a quiet 6-of-15 performance for 16 points. Nic Claxton and Cam Thomas were the only Nets who also contributed double-digit scoring.

The KD-Giannis duel is and will always be a draw, with Antetokounmpo edging out Durant with 31 points, seven rebounds, and nine assists. Durant himself had an MVP-like line: 29-9-7.

But as the Bucks proved in the last playoffs and have continued to show this season, a heroic effort from Durant just won’t suffice.

Fred VanVleet gave the Utah Jazz the business with the first triple-double of his career. The trip-dub was of the dominant variety, a very All-Star looking 37-10-10 line.

He was dishing and collecting rebounds, and at one point scored 20 points in a four-minute span. The 37-point show was also the most points in a triple-double in Toronto Raptors history.

In Los Angeles, the Lakers gave their fans a peek into OG Showtime via a frantic, high-scoring, high-octane win against the Atlanta Hawks. LeBron James dropped another insane statline (32 points, eight rebounds, nine assists, four steals, three blocks), but the star of the show was Malik Monk.

Monk had the hot hand, scoring a season-high 29 points on seven 3s. At the two-minute mark, with the game already out of reach for the Hawks, he said goodbye with this:

After Markieff Morris called Nikola Jokic a “300-pound sloppy fat boy” on Twitter, the Denver Nuggets social media person just had to retaliate with a dunk of their own:

Nothing sloppy about this. pic.twitter.com/Bqkt94DAbO

At age 37, LeBron James does things like this. Let that sink in for a bit.

LEBRON GETS UP FOR THE LOB 🆙 pic.twitter.com/70dutfUwvG