Memphis took a 2-1 series lead after an exciting 26-point comeback against the Timberwolves in Game 3. 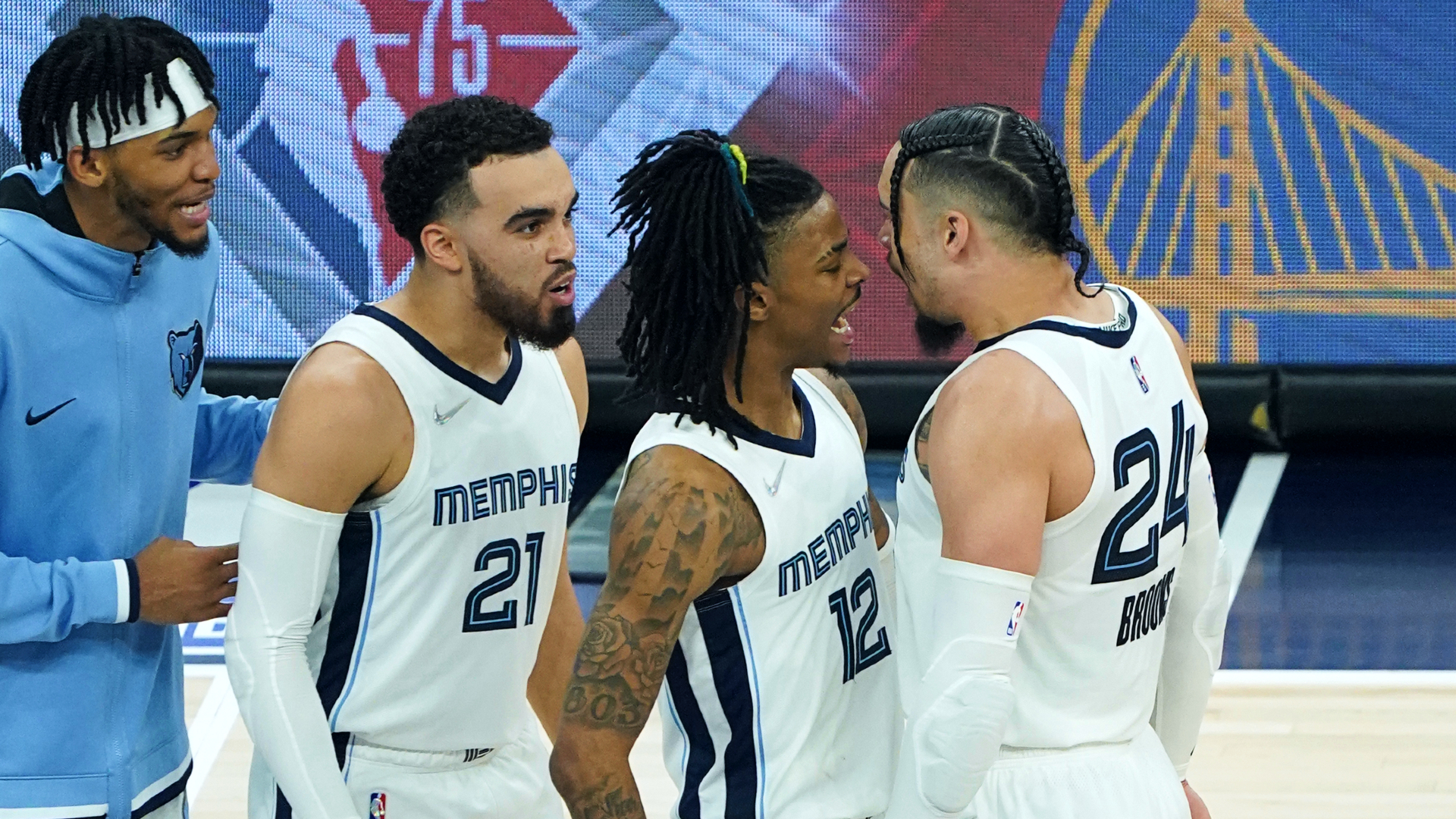 I love memes like this because it perfectly captures how crazy a basketball game can be. Game 3 between the Memphis Grizzlies and the Minnesota Timberwolves was bonkers.

After the Grizzly mauling in Game 2, the Timberwolves came out strong in front of their home crowd. They held Memphis scoreless for the first three minutes of the game, jumping out to a 12-0 run.

Pat Beverley led the Timberwolves on both ends of the floor in the first half. His crazy dog defense held Ja Morant to just five points in the first two quarters. That wasn’t surprising. What was surprising was him doing stuff like this:

Pat Bev off the backboard to himself 😳

It’s insane how Beverley looked like prime Kobe Bryant early in the game. But what was more insane was the run the Grizzlies would go on in the second half. Down by 21 late in the third period, Memphis blasted Minnesota for 21 unanswered points to even the game up in the fourth period.

Morant led the run with absolutely electric plays, bouncing back from an awful first half to finish with 16 points, 10 rebounds, 10 assists, and three blocks.

Morant took care of the paint, ceaselessly attacking the Minnesota big men. Desmond Bane backed him up with momentum-building outside shots. He led all scorers with 26 points built on seven 3-pointers. The Grizz have now reclaimed homecourt advantage with this win.

I was so ready to award this section to Nikola Jokic.

After a frustrating Game 2, he finally had a game where he looked like the MVP. The Joker finished Game 3 with 37 points, 18 rebounds, five assists, and three steals. He cooked Draymond Green in today’s game.

Unfortunately, that still wasn’t enough to get the win. That’s because he was facing THREE Splash Brothers.

Steph Curry, Klay Thompson, and Jordan Poole combined for 80 points to lead the Warriors to the win.

Thompson was his usual steady self with 26 points on six triples.

Poole was both flashy and clutch for the Dubs. He once again top-scored for the team with 27 points (tied with Curry).

Then there’s the best sixth man in the NBA today, Curry putting the Nuggets to sleep.

Up big in front of their home crowd, Karl-Anthony Towns was feeling good.

"Yeah, we in Minnesota now" #RaisedByWolves

KAT wired for sound in Game 3 on TNT#NBAPlayoffs presented by Google Pixel pic.twitter.com/y32in7C2H3

Maybe he should have waited until the game was over before talking his talk like Morant.

we in minnesota now 🙂 https://t.co/p9JPRp3wvB

When Spencer Dinwiddie detonated on Rudy Gobert in today’s game, he didn’t only destroy Gobert, but he also blew up the Utah Jazz’s core. That play is what I’ll look back at when the pairing of Gobert and Donovan Mitchell is eventually broken up.

It’s obvious that this isn’t working for the Jazz. They’ve had to resort to playing without one of their best players for large chunks of most playoff games in the past two years.

+12 with no center
-3 with Gobert pic.twitter.com/A9QUY54rQT

That’s just not a formula for a championship. If it isn’t working, then maybe it’s time to just blow it up.