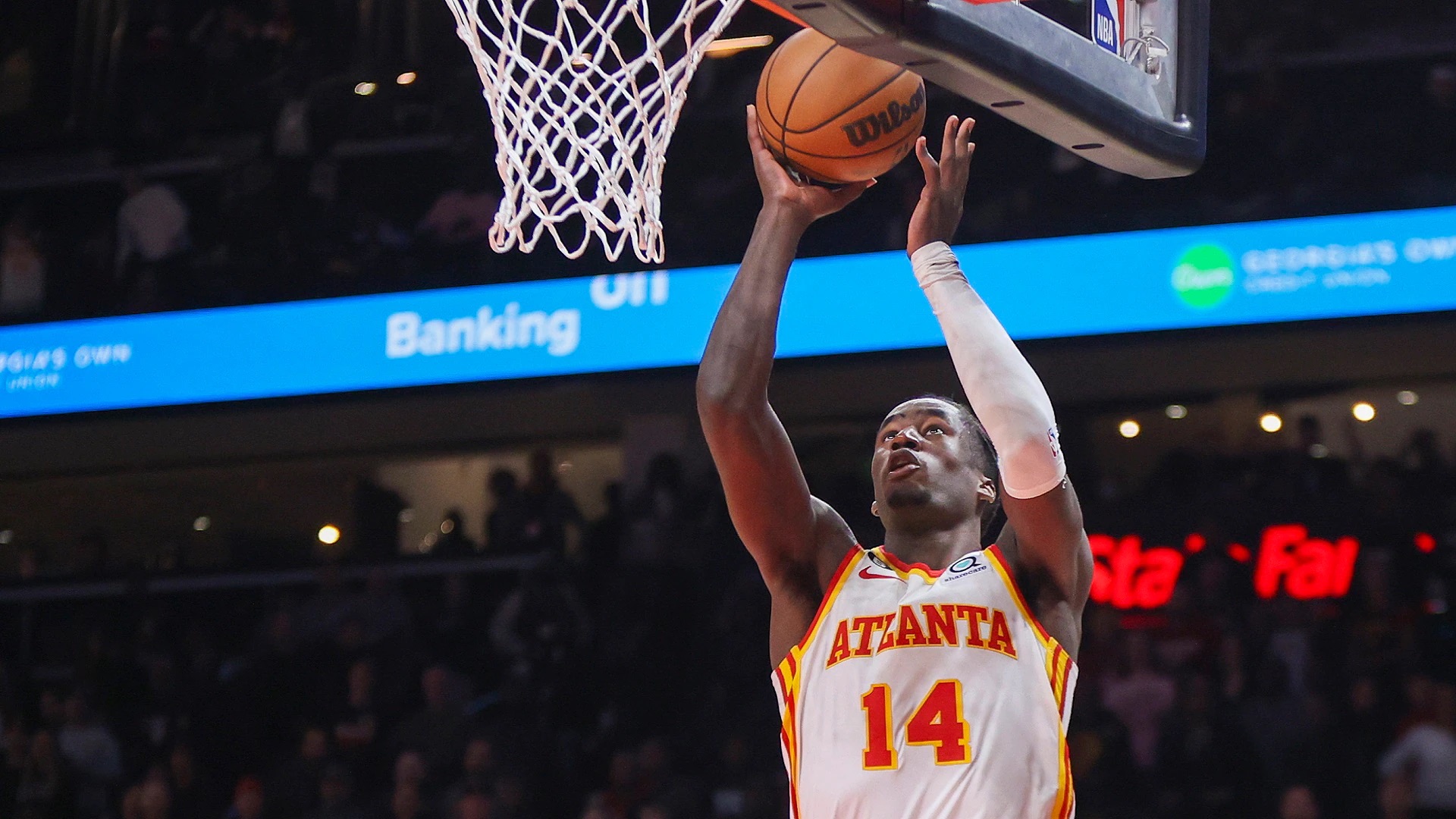 In one of the most fun games of the season, so far, the Atlanta Hawks escaped the Toronto Raptors with a nifty trick play for the game-winner in overtime.

This action is a classic in college hoops and is the play ran in a lot of the game-winners we see in March Madness. The Hawks added their own twist to it by having all their guys in the backcourt and freeing Trae Young with a couple of slingshot screens.

This was just a part of a game that highlighted the resourcefulness of the Raptors and the talent of the Hawks. Young led Atlanta with 33 points and 12 assists while OG Anunoby continued to put up All-Star numbers for Toronto, dropping 27 points, three rebounds, and five assists.

Despite a couple of injuries and trade rumors, the Hawks are looking good in the East. They are almost through with their tough opening schedule with a 10-6 record.

In Indiana, the Pacers held on with a couple of huge defensive plays to outlast the Orlando Magic.

Despite the clamoring to get the big French Freak to the Midwest, the Pacers have been pretty good this year. They’re 9-6 and playing the most experimental iteration of the Rick Carlisle offense ever.

It's been a lot of Tyrese Haliburton (more on him later), Ben Mathurin, and Buddy Hield. It’s hard not to like a team that plays up-and-down basketball while putting in plenty of effort.

The Sacramento Kings have had some success stories in the NBA Draft. It’s too bad they traded their best pick of the last decade to Indiana.

Since becoming a Pacer, Tyrese Haliburton has been on a tear. Coming from a system where he mostly played off the ball, Haliburton has transformed into the second coming of Penny Hardaway with Carlisle handing him the keys to the Pacers’ offense.

Haliburton from half court at the buzzer 🚨 pic.twitter.com/1TOEDqymjr

Today, Haliburton had a week-winning fantasy line against the Magic: 22 points on 9-for-16 shooting with 14 assists, four rebounds, two steals, and three blocks. He’s been doing this all year, 20.5 points and 10.2 assists. He’s a shoo-in for Most Improved Player.

Laddergate is a ridiculous story, which means it was the talk of the NBA for the last 24 hours.

For the uninitiated, Laddergate started with Giannis Antetokounmpo just wanting to work on his free throws yesterday after a horrid 4-for-15 showing against the Philadelphia 76ers. Since he was in Philadelphia, some chicanery was bound to happen.

The ever-mischievous Montrezl Harrell took Giannis’ ball, talked some trash, and when Giannis returned with a different ball, a 76ers arena worker was under the rim Giannis was shooting free throws in with a ladder. Giannis, frustrated with the treatment he was receiving, pushed the ladder out of the way.

This entire situation seemed a little too extra. Whether they’re on the road or at home, it’s common for players to get shots up after the game. Harrell, who scored one point and grabbed one rebound in the Sixers’ win against Milwaukee, instigating this situation made it way funnier.

The two-time MVP did get the final word in when he fired some shade earlier today.

“I respect every player," Antetokounmpo said. "I know some players don't play now, they want to get some extra work, want to work on their skills and stuff, and I said, obviously we can shoot together. They said, they told me no, this is their court, I should leave. I was like, I have three more free throws, I was at seven, I want to try to make 10 in a row. I shot my eighth one. Came and took the ball away from me and I was very surprised. I feel like it's very unprofessional. I would never take the ball away from a professional athlete when he's trying to do his job."

We had some unfortunate injury news today. It was reported that Memphis Grizzlies All-Star Ja Morant was week-to-week with an ankle injury and Detroit Pistons guard Cade Cunningham was considering season-ending surgery for a possible stress fracture.

As games went along today, Damian Lillard aggravated his shin injury in the Portland Trail Blazers’ loss to the Utah Jazz. Then Paul George didn’t check back in the second half of their win against the San Antonio Spurs due to knee soreness.

Luckily, Aaron Nesmith wasn’t added to the list after this postgame celebration went a little too hard.

we can confirm Aaron Nesmith is in good spirits after the postgame celebration got a little wild.😅#PacersWin pic.twitter.com/CIEmASvnAX