The Rundown: Hawks hold off Lakers to extend streak to seven

Trae Young delivered a 36-point double-double to lead the Hawks to their seventh consecutive win at the expense of the Lakers. 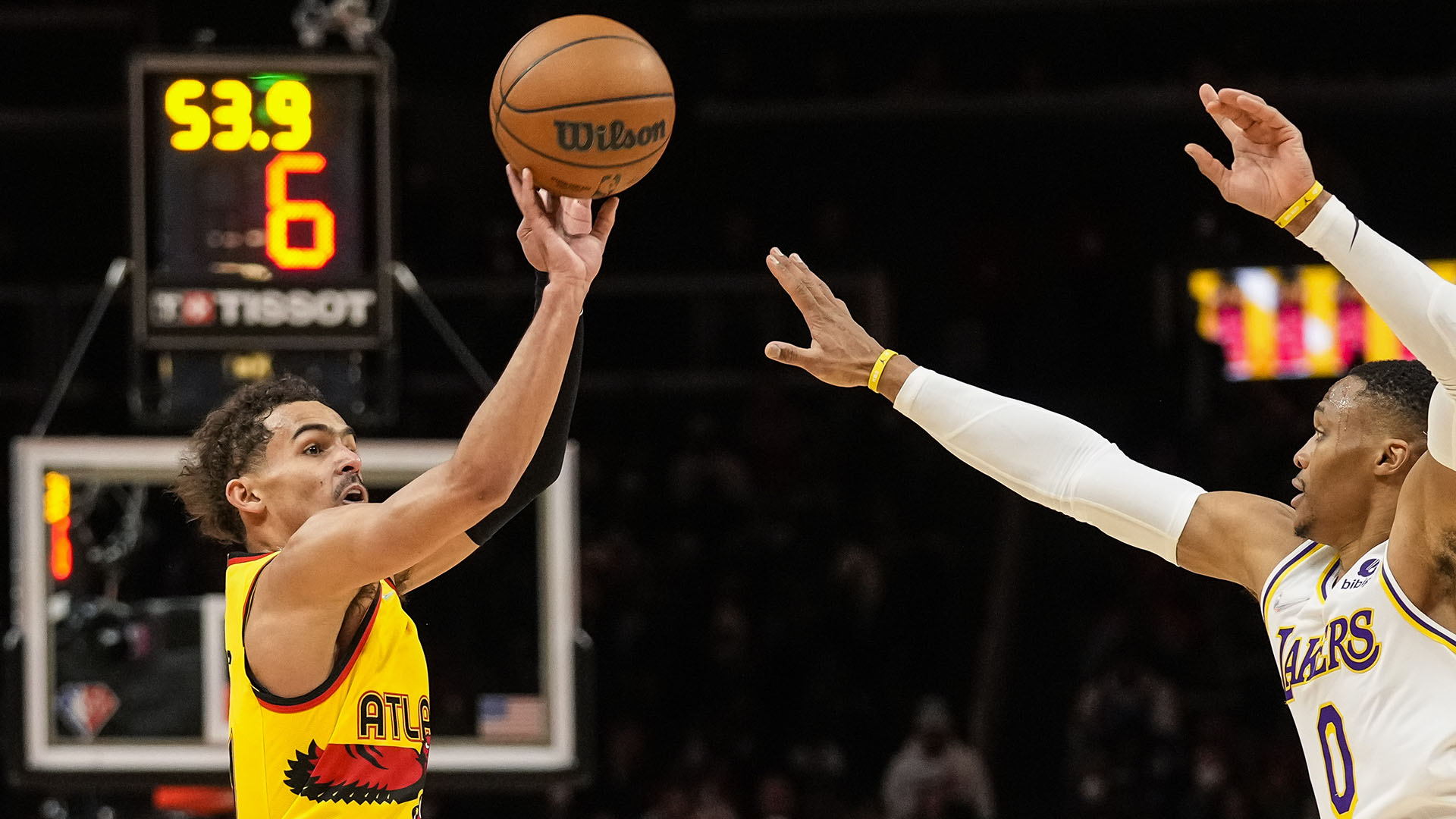 The Atlanta Hawks are cruising with a seven-game winning streak after they took a 129-121 win against the Los Angeles Lakers.

Trae Young stood out with 36 points and 12 rebounds after being named an All-Star starter in the Eastern Conference. However, it was Onyeka Okongwu’s late-game domination that took the spotlight. He scored 12 of his 16 points in the fourth quarter and finished with an extremely efficient 8-of-9 shooting clip.

The Lakers were without LeBron James who is dealing with soreness in his left knee. The team is still evaluating his situation, but head coach Frank Vogel said he will remain out as long as there is swelling.

Malik Monk stepped up to the challenge and had an incredible performance. He finished with 33 points, 10 rebounds, and five assists with eight made 3-pointers. Russell Westbrook also had a double-double of 20 points and 12 assists, while Anthony Davis contributed 27 points. Unfortunately, it was not enough to steer the Lakers to victory.

Things were smooth sailing for L.A. coming into the fourth quarter. They had their biggest lead of 11, but the Hawks turned things around, making a huge 16-5 run that swung the lead in their favor.

Okongwu rocked Atlanta as he threw it down with a Young assist. This gave Atlanta the momentum and the three-point lead. Monk then stopped the bleeding for the Lakers with a long 3-pointer to tie the game. But just as the Lakers thought they would stop the Hawks’ comeback, Young hit a clutch 3 that gave them control and eventually the win.

ONYEKA OKONGWU SAID IT WITH HIS CHEST 😤 pic.twitter.com/GYkrHHF8Im

He may have gotten snubbed as a Western Conference All-Star starter, but Chris Paul is showing why he’s part of the top 75 list. The Point God went to work as he got a season-high 19 assists to match his 19 points. Paul was essential in the Phoenix Suns’ fourth-quarter comeback against the Spurs. He dished out eight assists in the final period that translated into 19 of their 36 points.

Mike Budenholzer was not happy with the way the Milwaukee Bucks are playing, especially on the defensive end. Milwaukee has a defensive rating of 108.5 and is ranked No. 10 in the league. However, they are the worst in opponents’ 3-pointers made, allowing 14.1 on average. This was highlighted as the Denver Nuggets shot 23-of-43 from beyond the arc. They went 6-of-9 in the crucial third quarter which helped the Nuggets get away with the lead.

“It’s gotta be significantly better. We got to face it, and own it,” said Mike Budenholzer. “Credit to Denver first, they played great. But a lot to be desired from our defense.”

“They were significantly better than us tonight,” he added.

Despite the painful loss, Budenholzer acknowledged the talent of Nikola Jokic. The reigning MVP was instrumental in their win as he was one rebound shy of a triple-double. Jokic had 18 points, nine rebounds, and a season-tying 15 assists.

“He likes to win. So he’s going to do whatever it takes to win. He can go for 50, he can go for 20 assists. He’s a good player. Credit to him, he makes the right plays,” said Budenholzer.

It wouldn’t be a LaMelo Ball pass without a little pizzazz!

LaMelo spins into his 10th dime of the day 😳@hornets and Clippers in Q4 on NBA League Pass: https://t.co/L8Rrlv9ZoR pic.twitter.com/ho8AxKsJ4a