The Rundown: Historic night for Filipinos as Clarkson, Green duel for first time

It was a memorable day for Filipinos as Jordan Clarkson and Jalen Green became the first players of Filipino descent to play in the same NBA game. 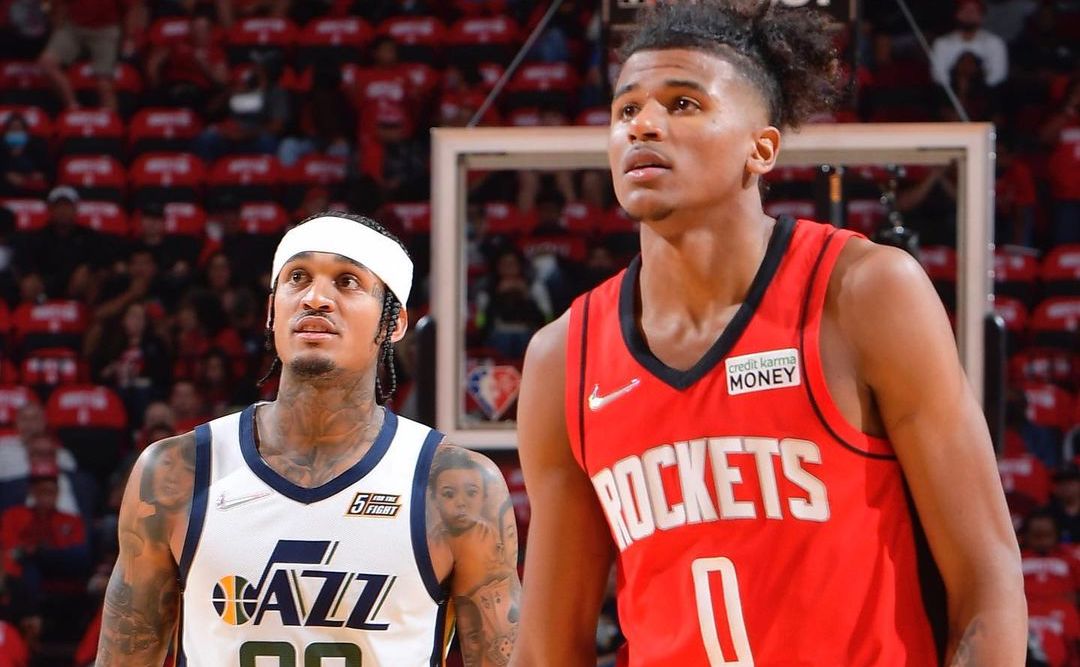 It was a night of feels around the league.

In Houston, it was Filipino Heritage Night, which Jalen Green and Jordan Clarkson celebrated by exchanging buckets. Green’s shot didn’t fall, missing all eight of his 3-point attempts, but he did manage to still score 13, grab three boards, and get three assists.

Clarkson had a relatively better shooting night, scoring 16 on 6-of-16 shooting. The Utah Jazz went on to score a huge win over the Rockets, but at least all fans at the Toyota Center went home with a Jalen Green shirt.

In Chicago, it was Joakim Noah Night, which the Chicago Bulls celebrated by hustling their hearts out in the final two minutes—just like Noah would’ve done.

The Knicks were up big but the Bulls went on a 12-0 run, just coming up short on a buzzer-beating game-winning try by DeMar DeRozan.

The highlight of the night was now-Knick and forever hometown hero Derrick Rose getting a standing ovation and “M-V-P” chants in Chicago. Former Bull Taj Gibson also got some love:

The @chicagobulls crowd shows love to Derrick Rose and Taj Gibson as they check in for NYK! pic.twitter.com/MVmq3dq6oG

Joel Embiid showed up for another monster game. In true Embiid fashion, he dropped 30 points in 31 minutes and pulled down 18 boards.

He also shot an efficient 13 of 15 from the free throw line—the most made freebies of any player this season.

The best part is that he did all that with lingering pain in his knee. Not a lot can do that.

It was a big night for Utah Jazz fans, but a bigger night for Filipino basketball fans. For the first time in league history, two players of Filipino descent shared the floor. What a moment it was:

Jalen Green and Jordan Clarkson become the first two players of Filipino descent to share the court in an NBA game! 🇵🇭 pic.twitter.com/waKSIfVwCA

After the game, Filipino fans were also treated to a Q&A with Green and Clarkson.

.@JalenGreen and @JordanClarksons made NBA history as the first two players of Filipino descent to play in the same game!