The Hornets got their second straight win over the Bucks, while Cade Cunningham scored a career-high 29 for the Pistons. 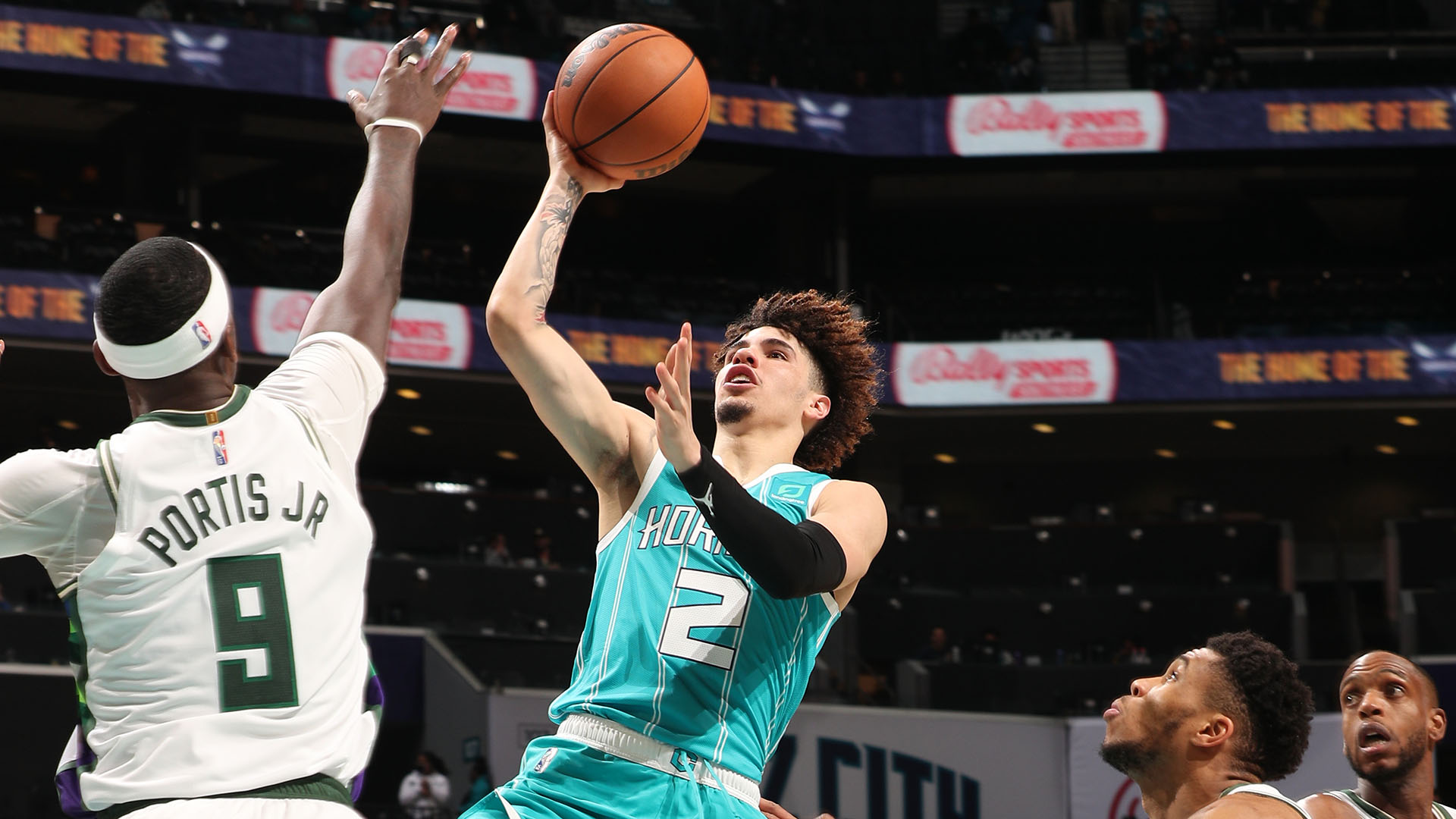 The Charlotte Hornets notched a 103-99 win on Tuesday (PHT), their second straight against the defending champions Milwaukee Bucks.

Terry Rozier was the top scorer with 27 points, but it was LaMelo Ball’s second-half scoring that took the show. Ball made 18 of his 23 points in the second half as Charlotte played without Kelly Oubre, who remains in health and safety protocols.

Unlike their previous outing, the game went down the wire. It was a low-scoring first half with both teams shooting under 40 percent. It seemed like Rozier was the only guy that had some sort of rhythm, making 16 points by shooting 6-of-9 from the field, including four 3-pointers.

Once the third period came, the Hornets stretched the lead to 15. However, the Bucks made a late run to keep within single digits.

Khris Middleton scored 13 of his 27 points in the final period but committed one of two crucial turnovers that helped shift momentum over to Charlotte. Milwaukee, though, disrupted the Hornets’ pace when Antetokounmpo went to the line for an and-1 opportunity. He missed the free throw, but Wesley Matthews got the rebound and scored a basket.

Just as it looked like the game was swinging over in favor of the Bucks, Ball made his first basket in the fourth quarter, which put the Hornets on top by two with 15 seconds remaining. Miles Bridges, who finished with 17 points and 11 boards, then sank two free throws to shut the door on the Bucks.

Charlotte did a good job of defending Antetokounmpo today. In their previous meeting, the Finals MVP had a triple-double with 43 points, 10 rebounds, and 12 assists. Today, he “only” managed 26 points, 13 rebounds, and eight assists.

Cade Cunningham led the Detroit Pistons to a stunning 126-116 win against the Utah Jazz. The rookie set a new career-high with 29 points, to go along with eight assists, two steals, and two blocks.

🏁 MOTORCADE 🏁@CadeCunningham_ puts up a career-high 29 PTS to lead the @DetroitPistons to the win! pic.twitter.com/h3DVeUbfXI

It was a good day for New York fans as the Knicks beat the San Antonio Spurs.

RJ Barrett had a game-high 31 points on 12-of-20 shooting, missing just one of his four 3-point attempts. The Knicks were completely in sync as they took the lead towards the end of the second quarter and never looked back.

“When we play like we did today, I think the game is easy on everybody,” said Barrett. “We just got to continue to play together.”

After 41 games, the Knicks are in the exact same position as they were last year, holding a record of 20 wins and 21 losses, good for 11th in the Eastern Conference. Can the Knicks turn things around? Barrett hopes so.

“I think we’re still in a good spot, but [in the] second half of the year, we definitely got to continue to pick it up and get on a roll,” said Barrett.

Jayson Tatum silenced everyone who ever doubted his ability to score in the clutch as he hit a baseline jumper to bring the Celtics-Pacers game into overtime. The best part? The Celtics delivered until the final buzzer.

Jayson Tatum evens it up with a smooth mid-range jumper!