The Utah Jazz sent the LA Lakers to their fourth straight loss on the same day Shai Gilgeous-Alexander erupted for a career-high 42. 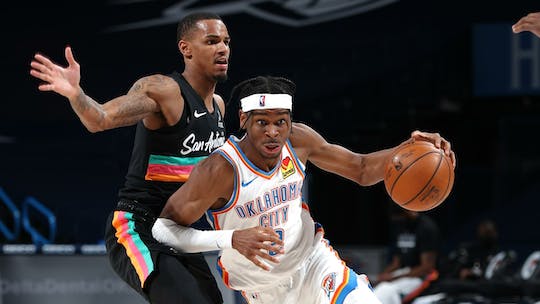 Among the many things that happened in a busy NBA game day, the Utah Jazz grabbed the spotlight with a 25-point thrashing of the defending champions LA Lakers. It was another W for the NBA-leading Jazz and a fourth straight defeat for the Anthony Davis-less Lakers. The collision between the two of the best teams in the league unsurprisingly turned into a blowout without the star power of Davis.

As the Jazz continued their dominance in a rudimentary fashion, another team shared air time on Thursday. The Chicago Bulls catapulted themselves into sixth place in the Eastern Conference after a 133-126 overtime victory over the Minnesota Timberwolves. It was the third straight win for the Bulls who now have a better record (15-16) than the Miami Heat and Boston Celtics.

Zach LaVine drops 35 PTS on 14-21 shooting the day after being named an #NBAAllStar for the 1st time!@ZachLaVine x @chicagobulls pic.twitter.com/JlKEr8weO3

Newly named All-Star Zach LaVine continues to play out of his mind, racking up 35 points on 14-of-21 shots against the lowly Timberwolves. The Bulls may not be turning heads for now, but they’ll soon have everyone’s attention if they keep winning.

Shai Gilgeous-Alexander erupted for a career-high 42 points on 13-of-20 shots as the OKC Thunder beat the San Antonio Spurs. Lu Dort may have nailed the buzzer-beating trey, but SGA laid the groundwork for an impressive night by the OKC squad. He also nailed six triples to go along with eight rebounds and four assists. The third-year man out of Canada is definitely coming into his own as the go-to guy of the Thunder.

Gallo had himself a NIGHT!

The Hawks’ Danilo Gallinari was in elite form in setting a franchise record 10 3-pointers versus the Celtics. Gallo ended up with 38 points, missing only thrice in 16 attempts.

''It's always great to make history,’’ Gallinari said. ''I'm very happy for that. Of course, when you set these kind of records and win the game, it feels way better.''

Just how good has Zach LaVine been for the Bulls? The dynamic shooting guard is averaging 28.6 points, 5.4 boards, and 5.1 assists per game. According to ESPN Stats and Info, the only other Bulls player to put up 25-5-5 in a season is none other than Michael Jordan. His Airness did it seven times in his career.

The two-part event looks back on the 1996 Draft class and its bevy of overall talent and Hall of Famers.