Keldon Johnson sank the game-winning basket that stunned the Warriors. 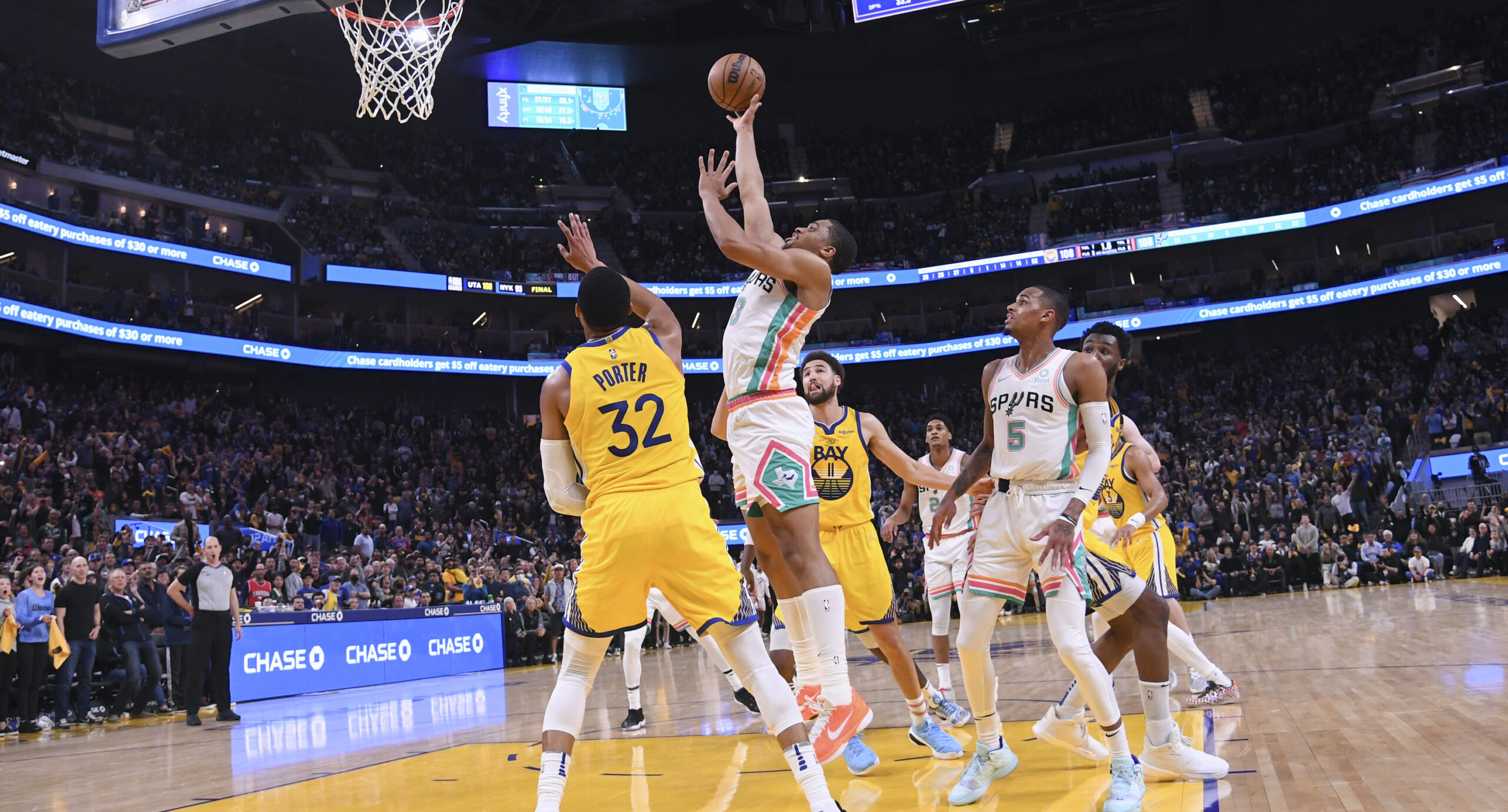 The hits keep on coming for the Golden State Warriors, and it’s not the good kind. After losing Stephen Curry to a foot injury in their previous game, they suffered another heartbreaker at home.

The Warriors struggled against the surging San Antonio Spurs and trailed by double-figures for most of the game. They were able to slowly chip away at the lead, tying the score with less than three minutes remaining in the game.

Then, the game got a bit out of hand. A couple of misses from both ends pinned the score at 107-all with time running out in regulation.

The Warriors scored on a free throw from Andrew Wiggins with only three seconds left, but that would be their final point of the game. He missed the second freebie, Jakob Poeltl was fouled and off to the other free throw line they went.

Doing his version of a Wiggins, Poeltl hit the first and missed the second to tie the game at 108. But instead of the Warriors securing the board, the loose ball ended up in the hands of Keldon Johnson under the basket.

All Johnson had to do was flip the ball and bank it in for the game-winner.

KELDON JOHNSON CRASHES THE GLASS FOR THE @spurs WIN! pic.twitter.com/KqEPj6N8I9

Every loss stings, but this was the type of loss that the Warriors certainly didn’t need. They’ve now lost two straight while the Memphis Grizzlies are trying to create more space in the standings at No. 2.

The Spurs, on the other hand, are still outside of the play-in tournament, sitting at 11th behind the Los Angeles Lakers. They might need a couple of miracles at this point to get to the 10th seed and final play-in spot.

Wendell Carter Jr. has joined an elite Orlando Magic club of players with a 30-point, 15-rebound game on 80 percent shooting.

The only other people in that list are Dwight Howard and Shaquille O’Neal. Big things are ahead for Carter Jr.

For the Phoenix Suns, Landry Shamet stepped up to bring home the W on a night when Devin Booker, Deandre Ayton, and JaVale McGee all fouled out.

Shamet scored 21 points off the bench, including the biggest basket of the game in overtime:

New York-born Donovan Mitchell put on a show at Madison Square Garden, scoring 38 points in a win versus the New York Knicks.

“It's always a blessing to play here in front of my friends and family, people who have seen me play since I was three.”

New Orleans Pelicans’ rookie Jose Alvarado is always sneaky with his steals. This has to be his sneakiest yet:

Jose Alvarado is a menace to society. pic.twitter.com/mJv6fnrnYg