The Rundown: KAT goes off for 60, Cavs drop Clippers in OT

Karl-Anthony Towns scored a career-high 60 points in the Timberwolves’ win over the Spurs, while the Cavaliers beat the Clippers in overtime. 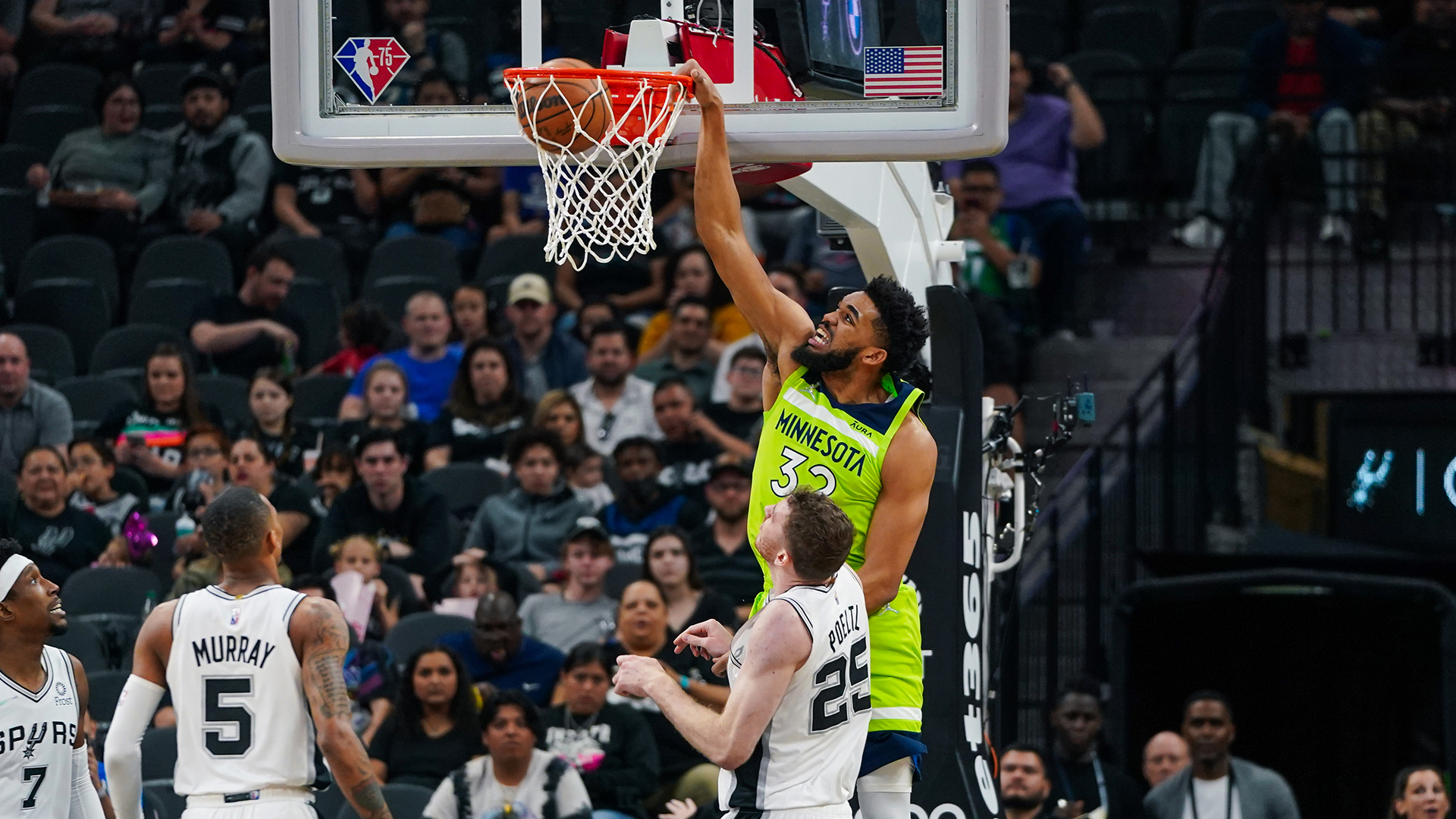 The Cleveland Cavaliers outlasted the Los Angeles Clippers in overtime, 120-111.

Los Angeles were missing both Reggie Jackson and Marcus Morris Sr, while Cleveland welcomed back Caris LeVert and Lauri Markkanen, who combined for 28 points.

Evan Mobley scored a career-high 30 points with two steals and two blocks. Darius Garland had a slow start but turned things around in the second half, where he scored 20 of his 24 points.

The battle was practically split between the two as both teams never stretched the lead above 10 points. Momentum then shifted in favor of Cleveland after it went on a 20-6 run during the third quarter.

The Clippers continued to stay in the game and slowly crept their way back to tie the score. It was one clutch basket to another, but a crucial call on Garland allowed LA to take the lead. Surprisingly, Amir Coffey split a pair that forced the game into overtime.

In the extra period, the Cavaliers dominated the Clippers, 14-5, to take their 39th win of the season.

Just as fans thought they’ve seen it all, Karl-Anthony Towns pulls another trick up his sleeve. KAT dropped a career-high 60 points by making 19 field goals, including seven 3s. He dropped 32 points in the third quarter. Oh, and he also casually hauled down 17 boards.

KAT’s 60 set a season-high record for any team and a franchise record for the Minnesota Timberwolves.

60 PTS is the NBA season-high by any player & a @Timberwolves franchise record. pic.twitter.com/ipJn56KSK5

Nuggets win, sure. But there was one particular player that took this road win a little more personally than others.

Bones Hyland’s hometown of Wilmington, Delaware is just a few minutes drive from the Wells Fargo Center in Philadelphia. This obviously excited the 21-year-old who got to play in his area for the first time in his NBA career.

However, the game was made even more special as he was in the presence of some special visitors. Hyland was part of a tragic fire that saved Hyland and his brother’s life. Firefighters from the Wilmington Fire Department were unsure if he could play again after such a tragedy.

Today, they saw him score 21 points.

40 members from the Wilmington Fire Department showed up to support Bones tonight. After the fire, they didn’t know if he’d ever play again. So now, he is a hometown inspiration and will be closely followed for the rest of his career.

“When I checked out, I was ready to shed tears. Just to come back to a hometown close enough to my city … I couldn’t picture it no other way,” said Bones. “It’s like a dream come true for me to be here.”

What better birthday gift for Steph Curry than a 47-point game, a W, and having Draymond Green back on the floor?

Steph, Draymond, and Klay share a moment after Steph drops 47 points on his birthday! #DubNation pic.twitter.com/pJTXoP5Bed