It was a strange day in the NBA on Saturday as Kevin Durant was pulled from their game against the Raptors twice. 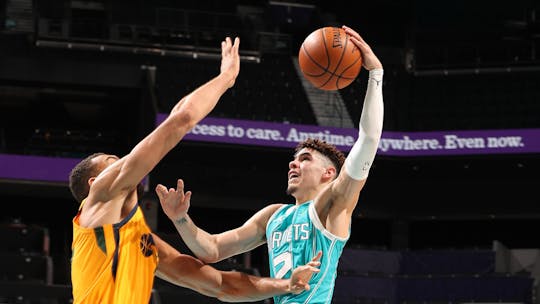 The Toronto Raptors’ upset win over the Brooklyn Nets wasn’t the biggest news in the NBA on Saturday. Rather it was Kevin Durant, who in a span of one hour went from being unavailable against the Raptors, to being cleared to play, to being removed from the court due to health and safety protocols.

Prior to the tipoff, the league announced that Durant wouldn’t play, but late in the opening quarter, game officials allowed him to come off the bench, which was the first time KD did not start after 867 games in his career.

However, in another turn of events, Durant was removed from the game yet again. He was told he could no longer return to the game as his clearance to play was overturned. He left the court, ending the night with just eight points, six rebounds and five assists in the 19 minutes.

During the fourth quarter, the NBA released a statement saying KD tested negative three times in the last 24 hours but was in contact with someone who tested inconclusive then positive.

Adrian Wojnarowski details the reasons why that decision was made... 🤓 pic.twitter.com/HUyU8GYNc7

The Nets were cleared to travel to Philadelphia for their game against the 76ers, but KD will stay behind for further investigation.

“I don’t believe [Durant] will come to [Philadelphia], but I don’t think he necessarily decided. It’s just a contact tracing procedure, and I think it’s to be determined how much time he’ll have to miss -- but we’re just gathering information at this point,” Nets coach Steve Nash said after the game.

LaMelo Ball went above and beyond with a career-high of 34 points, on 52% shooting, on top of four rebounds and eight assists. The rookie also did not commit any turnovers throughout the game.

Because of his spectacular performance night after night, Ball is considered a serious contender in the Rookie of the Year race. He is averaging 12.7 points, 5.9 rebounds and six assists per game.

7 - Bradley Beal, averaging 34.8 points for the season, scored a very timid seven in almost 30 minutes on the floor. Confusing, yes. But give the Miami Heat defense credit for successfully shutting down Beal.

100% - Bam Adebayo broke a league record with the most made free throws in one quarter with a perfect 11-of-11 from the stripe. He ended the match with 21 points, four rebounds and three assists.

11 - In their win against the Cleveland Cavaliers, Donte DiVincenzo, who is averaging 9.6 points and 4.3 rebounds this season, gave the Bucks a rare double-double of 11 points and 11 rebounds. Of course, his teammate, Giannis Antetokounmpo, also had a double-double with 33 points and 12 rebounds, but are we even surprised at this point?