The Rundown: Kings bow down to Hawks, Zion goes for 32

The Hawks snapped the Kings’ seven-game winning streak, while Zion Williamson put up a huge double-double for the Pelicans. 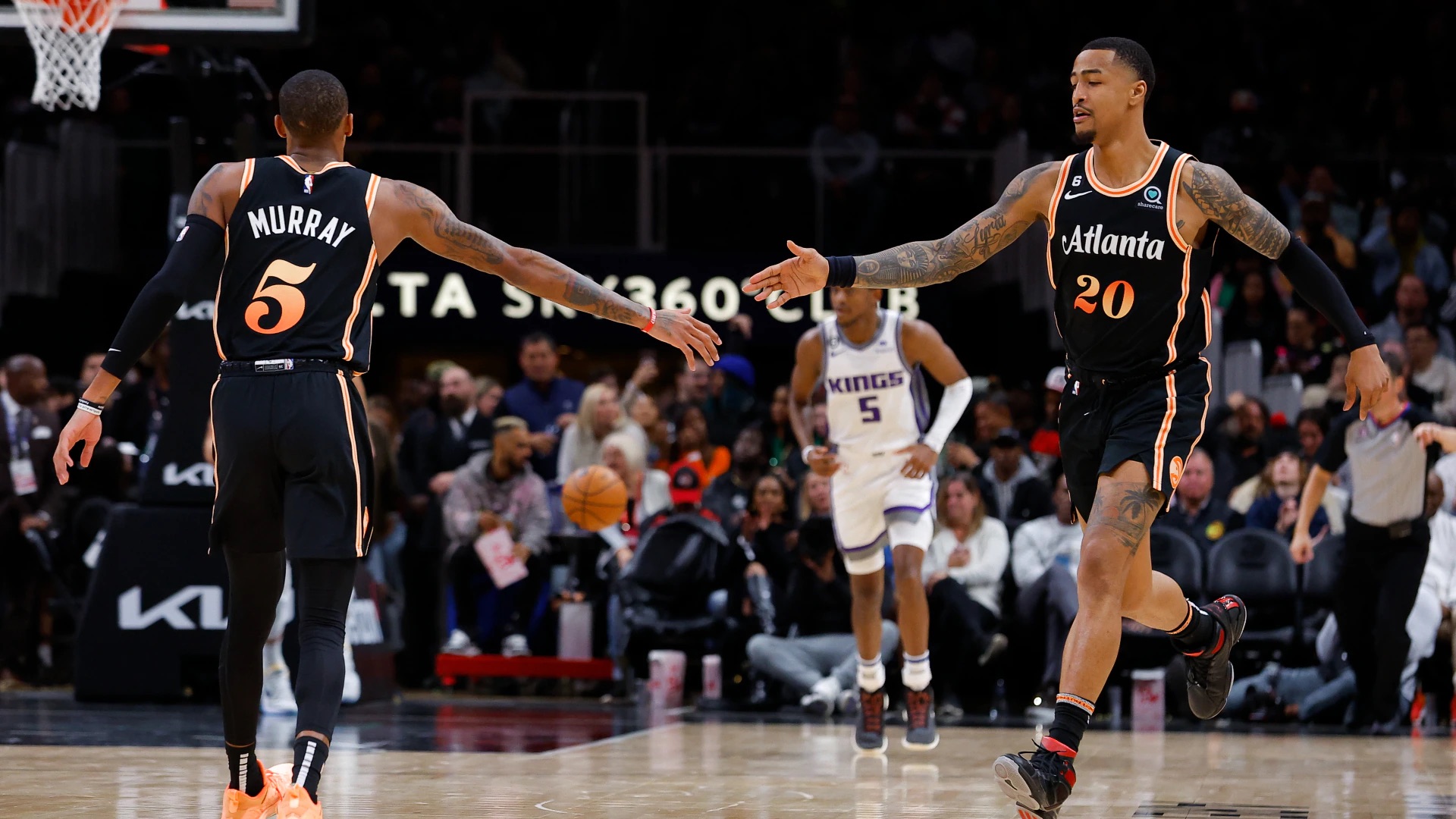 The Sacramento Kings did not light the beam up for an eighth straight win because of the NBA's ultimate villain – Trae Young and his Doc Brown hairline.

Young dropped 35 points, seven assists, and four boards to lift the Atlanta Hawks to a convincing win over this season’s darlings.

Atlanta’s romp started early as they built a 19-point lead in the second quarter behind Young. The Kings got as close as nine points in the fourth quarter but they never mustered that big run to take over.

Even if the streak is over and the Sacramento sky will go beam-less tonight, there’s still plenty to appreciate about the Kings’ run. Entering today, the Kings momentarily had the best offense in the league by offensive rating – a feat they last achieved in 2004. They’re also in a pretty good spot in the standings with a 10-7 record right in the middle of the Western Conference playoff bracket.

While it hasn’t been as feel-good of a start for the Hawks, they’re still 11-7 and fourth in the East.

Zion Williamson woke up and chose to be a beast today against the San Antonio Spurs.

The former top overall pick put on a Shaq-like performance against a Spurs defense that was way below his weight and talent class. Williamson went 14-for-18 from the field for 32 points, 11 rebounds, two steals, and a block.

Whether it was wanting the Pelicans to finally build momentum or the prospect of a Thanksgiving feast tomorrow, something woke up the beast in Zion today.

Jarrett Allen had one of the best mic'd up stints in recent NBA history for Bally Sports Cleveland. Maybe it was easier to be candid during a blowout against Portland where he dropped 24 points and 11 boards.

The Minnesota Timberwolves now have the longest win streak in the NBA at five after beating the Indiana Pacers. The Wolves go home with the win but they’re the ones that got posterized in what could be one of the top dunks of the year from Myles Turner.

Myles Turner with the HAMMER 🤯 pic.twitter.com/lvf8pZY549

Jayson Tatum and Luka Doncic also had quite the duel as the two early MVP frontrunners put up gaudy lines. Tatum had 37 points and 13 rebounds while Doncic put up a near triple-double of 42 points, eight boards, and nine assists. The only reason this didn’t make it to the top of this story is the Celtics blew out the Mavericks.

The two teams will meet for the first time since last season’s Western Conference Finals.