Kyrie Irving scored 50 points on 19 shots in the Nets’ win over the Hornets. 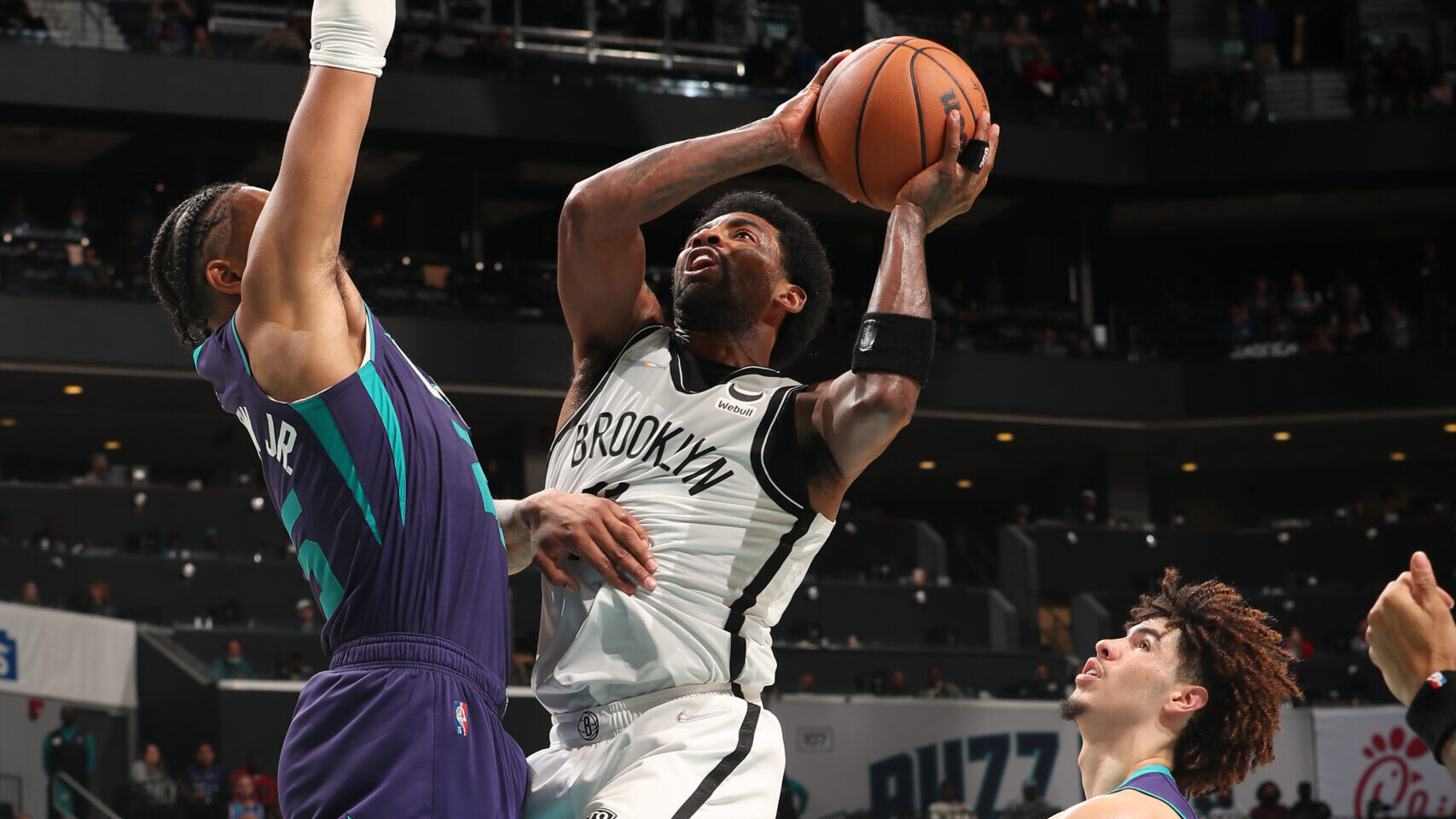 It was a much-needed win for the Brooklyn Nets and it showed early. Kyrie Irving put on his shot-making gear and took everyone to school from the get-go.

This is the version of Irving the Nets had patiently waited for; the one they sacrificed home games for. When he’s locked in, noise-muted, Irving is still one of the most lethal scorers in the league. He reminded us of this versus the Charlotte Hornets.

“You just got to go into that deep place where you aren’t distracted by anything that’s going on and there’s a goal at hand when you step out there,” Irving said after the big win against the Hornets.

He scored 50 points on only 19 shots, one of the most efficient shooting performances of his career. He missed only four shots the entire game, making nine of his 12 3-point attempts.

It was Kyrie Irving’s night though. He looked ever more determined to get to the basket and get his shot up. If the Nets and Irving are getting desperate in getting the best out of their situation, it showed there in Charlotte.

It was only win No. 33 for Brooklyn, but what it did was put them above Charlotte in the Eastern Conference standings. Their 33-33 win-loss record gives them the eighth spot, knocking out Charlotte (32-34).

It’s going to be a tight race for Brooklyn as the season ends, and they won’t need Irving to just show up next time. They need him to punch up.

It’s time for Darius Garland to put the Cavs on his All-Star shoulders. With Cleveland’s talented starting five gutted, Garland carried the scoring load against the Charlotte Hornets. He scored a career-high 41 points and dished out 13 assists.

The Phoenix Suns is another team that lost its starting backcourt, so Cam Payne just had to step up. Payne shined in his starting role: 18 points and 12 assists. That’s very CP-esque.

In Oklahoma, a visiting Giannis Antetokounmpo again brought out his monster game and dominated every piece of space on the floor. He finished with 39 points, seven rebounds, seven assists, three steals, and a block. Just another day in the office for a freak like Giannis.

Ja Morant is creating one of the greatest season mixtapes ever made. Add this inspiring highlight to the reel:

"To know she's just as powerful as a man"

Ja Morant shares what he would like his daughter to take away from #InternationalWomensDay pic.twitter.com/08gjFlfeDt

We already know the Golden State Warriors roster is  looking different this season, but this is getting out of hand:

Something is different about the Warriors roster 🤔

The @warriors & Jackie Moon host the @LAClippers at 10pm/et on TNT pic.twitter.com/Swf3dbCXr1