The Los Angeles Lakers held off the Memphis Grizzlies behind some late-game heroics from Dennis Schroder. 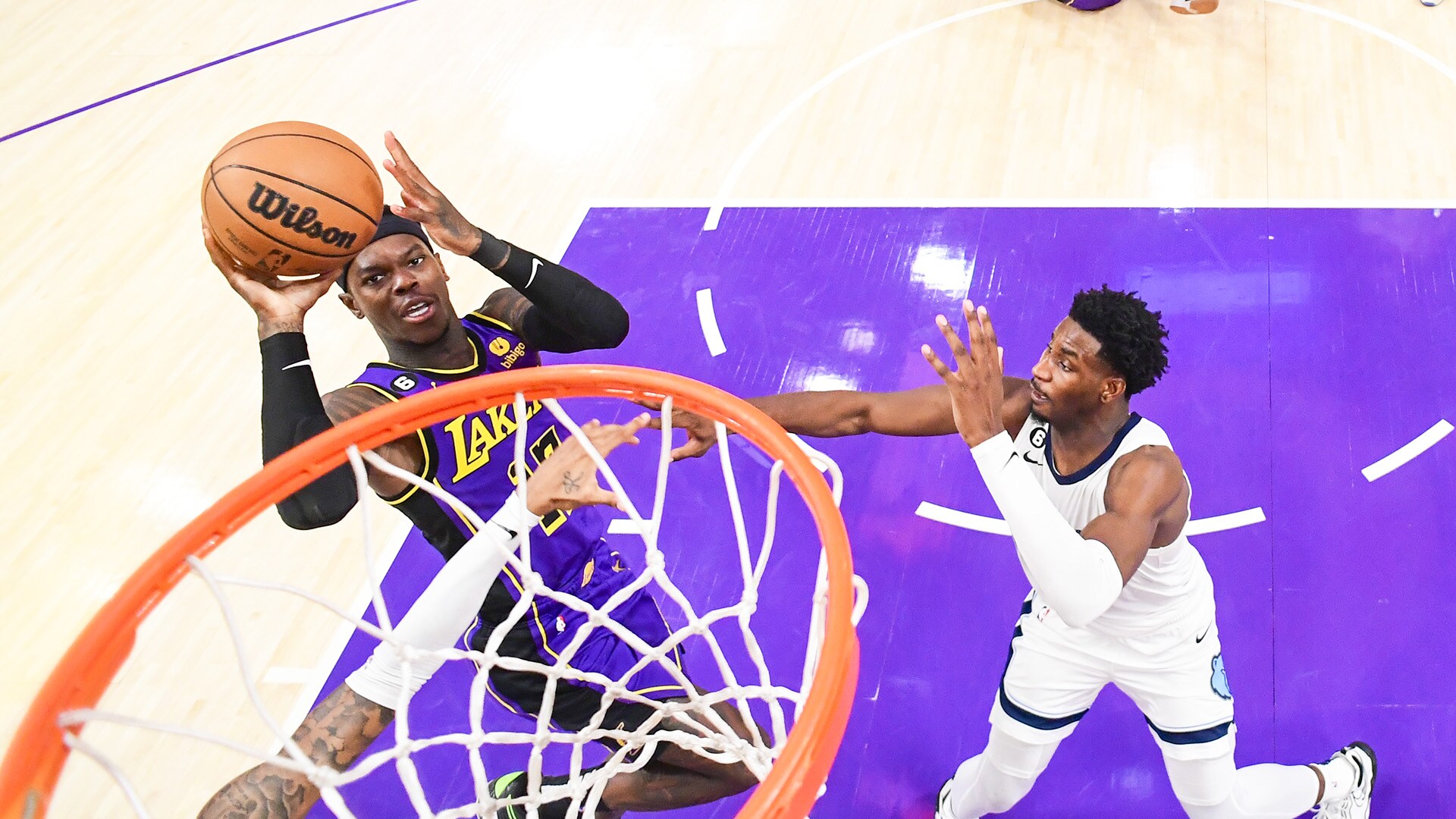 The Los Angeles Lakers continued to fight through adversity and actual off-court chatter, escaping The Crypt with a win against the Memphis Grizzlies, the top team in the West.

A fight almost broke out at halftime (more on this later) and the Lakers were down by 13 in the third quarter, so you could say this was an average night in Los Angeles. But the Lakers fought back, erasing a five-point Memphis lead and getting to within one of the Grizzlies, 119-120, with 12 seconds left. The Grizzlies needed just to make free throws in the following possession to keep the game out of reach, but Dennis Schröder had other ideas.

The German guard ended up completing the steal and and-1 opportunity to put the Lakers in the lead all of a sudden. In their final possession, the Grizzlies went to Ja Morant, who clanked a floater, then got a clutch offensive rebound from Brandon Clarke. The Canadian big man went to the free throw line after drawing a loose ball foul, clanking the second of two free throws and sealing the Lakers’ win.

The Grizzlies saw their 11-game winning streak collapse, suffering their first loss of 2023. Ja Morant had 22 points while Clarke and Tyus Jones each had 20 off the bench for Memphis, who momentarily slid to second in the West with a 32-14 record.

LeBron James didn’t have the best shooting game, going 8-for-21 from the field for 23 points with nine rebounds and six assists. It took an all-around effort from the entire squad to setup the comeback as Russell Westbrook had 29 points off the bench while Schröeder added 19 points, eight rebounds, and eight assists. With Anthony Davis reportedly preparing to come back next week, the Lakers have managed to stay afloat with a 21-25 record.

No one could stop Kyrie Irving in Utah today as he led the Brooklyn Nets to an important road win.

HE'S GOT 45 POINTS AND 8 TRIPLES.... GET TO THE NBA APP: https://t.co/WFdLNEjikq pic.twitter.com/pHQyQAXilU

Irving finished with 48 points on 18-for-29 shooting with 11 rebounds and six assists. With Durant set to miss at least two more weeks due to injury, expect a few more sudden explosions like this from Irving.

Kawhi Leonard gets a special mention for continuing his recent hot streak. In his return to San Antonio, the Klaw went 13-for-18 from the field for 36 points to lead the Clippers to the win.

The Golden State Warriors went into Cleveland today and picked up a win just one day removed from their overtime loss in Boston. What made this more impressive was they rested their starters and had Jordan Poole and Ty Jerome lead the way against a Cavs team that was missing Donovan Mitchell.

It may have not been impressive for the fans who bought tickets to see Stephen Curry, Klay Thompson, Draymond Green, and Andrew Wiggins – a disappointment with which Steve Kerr empathized.

“I feel terrible for fans who bought a ticket expecting to see someone play. It’s a brutal part of the business. It’s why I’m going to continue to advocate for 72-game seasons.”

Lakers games are always going to feature celebrities on the sidelines, regardless of who they’re playing. Today, they got NFL Hall of Fame Tight End and Fox Sports host Shannon Sharpe starting a ruckus with the Grizzlies. Apparently, it started with Sharpe jawing with Grizzlies guard Dillon Brooks.

Tempers flare in the front row here at the Crypt — where Shannon Sharpe, Steven Adams and Papa Tee Morant exchange words and have to be kept apart before heading off in opposite directions. pic.twitter.com/EtMiSDY3sv

All sides made up by the end of the game with Tee Morant, Ja Morant’s father, dapping up Sharpe before leaving.

Extra Pass: Gear up for duel between NBA's best teams

The top two teams in the league go head-to-head when the Bucks face the Nuggets tomorrow.