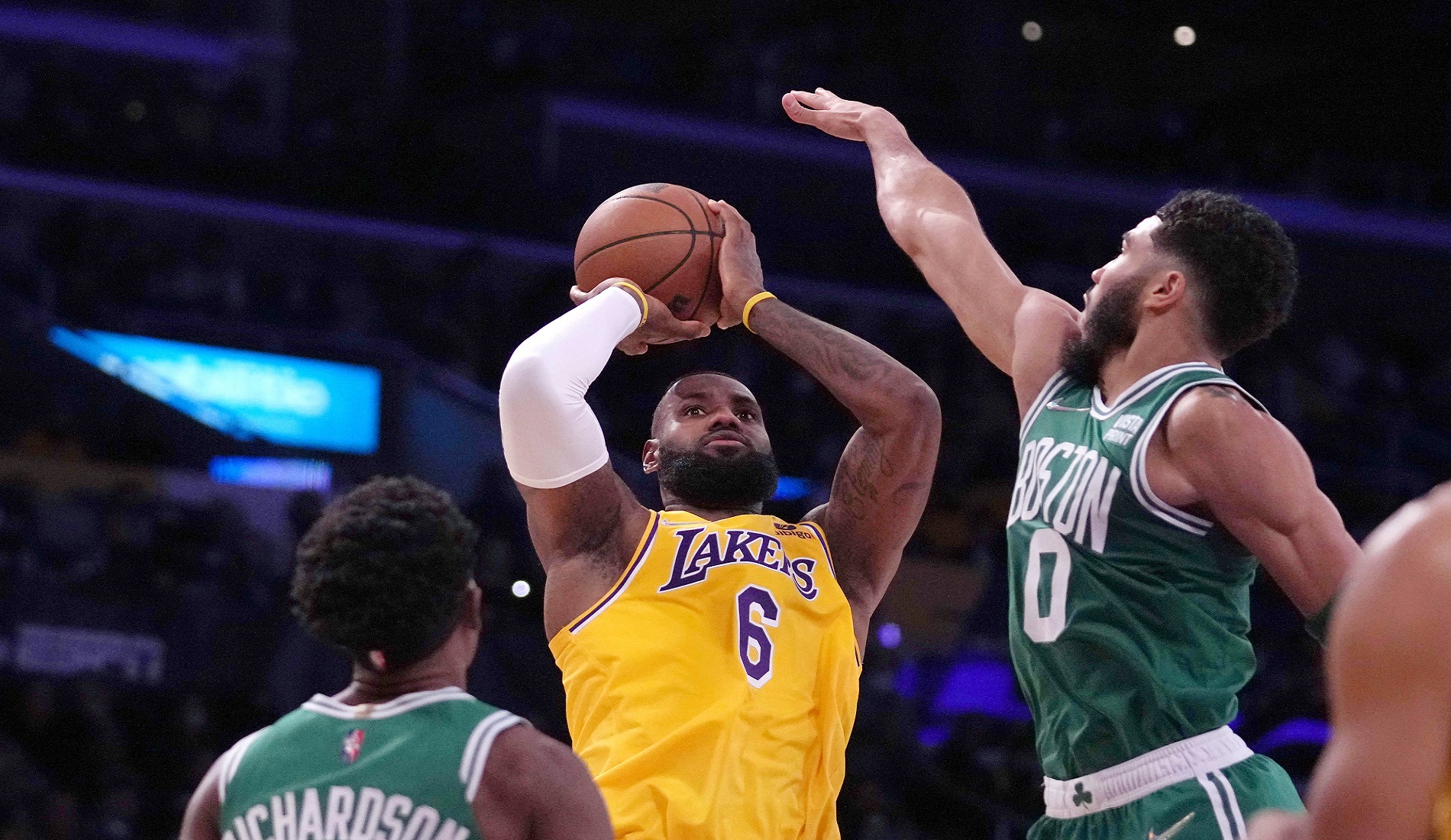 The Los Angeles Lakers avenged their loss to the Boston Celtics earlier this season with a 117-102 home win on Wednesday.

Jaylen Brown missed today’s game, along with Jabari Parker and Bruno Fernando. It was the third straight game Brown did not suit up due to a strained hamstring.

LeBron James led the Lakers in scoring with 30 points, four rebounds, and five assists. Russell Westbrook came up big with 24 points, 15 of which came in the third quarter when the Lakers started pulling away, and 11 assists.

Boston was in control early with Jayson Tatum outscoring the entire Lakers team in the opening minutes and dropping all of the Celtics’ 14 points in just three minutes. But James stole the show to end the first quarter with 16 points on 6-of-7 field goals.

The Celtics had the lead with a few minutes left in the second quarter, but the momentum shifted to the Lakers who took control of the game after that en route to the win.

There was no stopping RJ Barrett on Wednesday, scoring a career-high 32 points, going 7-of-8 from beyond the arc. Barrett was already feeling it early in the match, dropping 19 points by the end of the first half. He helped the Knicks snap their three-game losing streak.

? @RjBarrett6 drops 32 PTS with a career-high 7 3PM to lift the @nyknicks to the W! pic.twitter.com/P67s5rgSak

It’s easy to forget Kevin Durant suffered what was supposed to be a career-ending injury. Not a lot of people can top the scoring list, average 36 minutes on the floor, and lead his team to the top of the Eastern Conference, but KD does it. To say he is an absolute phenomenon is an understatement, and as he said “he isn’t over yet.”

From one legendary player to another, Dirk Nowitzki remains astounded by KD: “You don’t see a 7-foot, [shooting] guard with deep range, absolutely no holes in his offensive game. On defense, because he’s so long, he’s active.”

While he is one of the more complete all-around franchise players, it’s his ability to score that truly sets him apart.

“To me, he is one of the best scorers, if not the best scorer this league has ever seen cause there’s nothing he can’t do,” added Dirk. “I’m a huge Kevin fan, I’ve met him a couple of times off the floor. He’s super cool and relaxed, super hard worker and always trying to get better.”

From one NBA 75th Anniversary Team member to another...Dirk is a huge fan of KD's game. #NBA75

So Russell Westbrook is giving away Lakers towels now?