The Rundown: Lakers out of playoff race

The Lakers were eliminated from the Play-In Tournament after a loss to the Suns and a win by the Spurs. 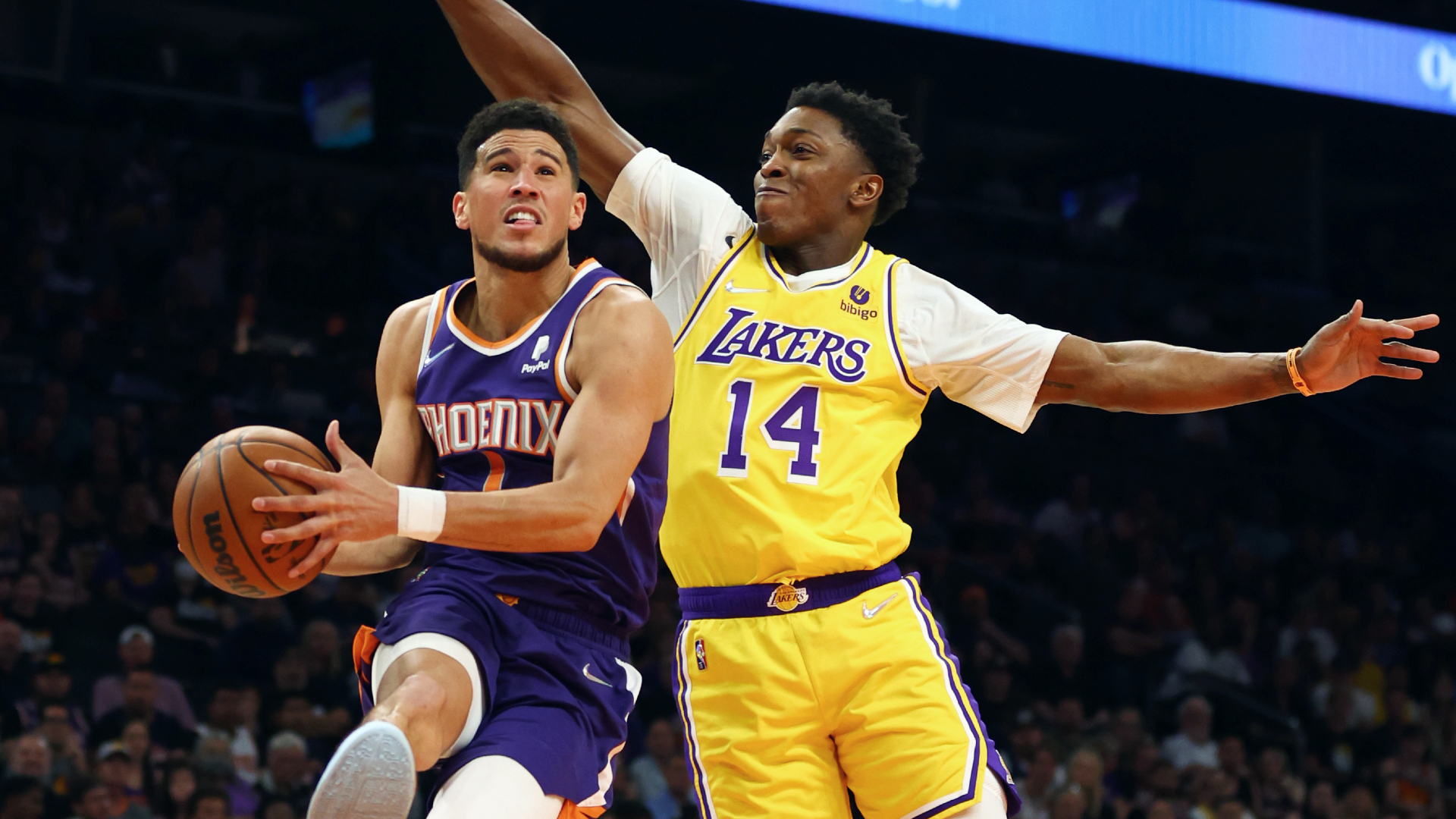 Everyone had been talking about the math behind an LA Lakers elimination. The perfect equation coming into today was a San Antonio Spurs win plus a Lakers loss.

The Spurs filled in their side of the equation with a big win over the Denver Nuggets. They played through the absence of their best player, Dejounte Murray, and weathered a superb game by Nikola Jokic to earn their third straight victory. Devin Vassell and Keldon Johnson led the way with 20 points and eight rebounds each.

The Lakers, also missing their best player in LeBron James, couldn’t take down the league-leading Phoenix Suns, who went about their latest win in the business-like manner they’ve conducted themselves all season long. Devin Booker dropped 32 points to lead all scorers, DeAndre Ayton owned the paint with a 22-13 double-double, and Chris Paul orchestrated the win with 12 assists.

With the loss, LeBron will miss the playoffs for the second time in four seasons with the Lakers.

This year’s scoring leader race will come down to the final games as James and Joel Embiid have traded places on the scoring ladder. Coming into today, James led the way with a 30.3 average, but Embiid took back the top spot with a masterpiece against the Indiana Pacers.

Embiid dropped 45 points, making 60 percent of his shots, to go along with 13 rebounds. That bumped up his average to 30.4 points to reclaim the lead.

The Utah Jazz have been under fire in the past few days because of their inability to hold on to double-digit leads, leading to epic meltdowns against the LA Clippers and the Golden State Warriors. Everything the Jazz did was being picked apart—from their endgame execution to the number of passes from Donovan Mitchell to Rudy Gobert.

Coach Quin Snyder heard enough and decided to defend his team. And boy, did he defend them.

“A lot of times, people use numbers to tell a story, and it’s important to do that responsibly,” he said. “Let’s just not try to drive a wedge between some of these players, and especially using numbers. We should be more responsible than that.”

Here's the story, written by my colleague @tribjazz:https://t.co/Zq6XHpqfnA

It looked like Snyder’s pregame fire worked as the Jazz took home a big win against the Grizzlies.

No Penny Hardaway mixtape is complete without the spin-stepback jumper he pulled off in 1997. That move is the first play that should be included in any Penny highlight reel.

It was pretty cool to see another Orlando Magic player pull off Penny’s iconic move.