Ja Morant scored a season-high 41 points as the Grizzlies beat the Lakers to win their third straight. 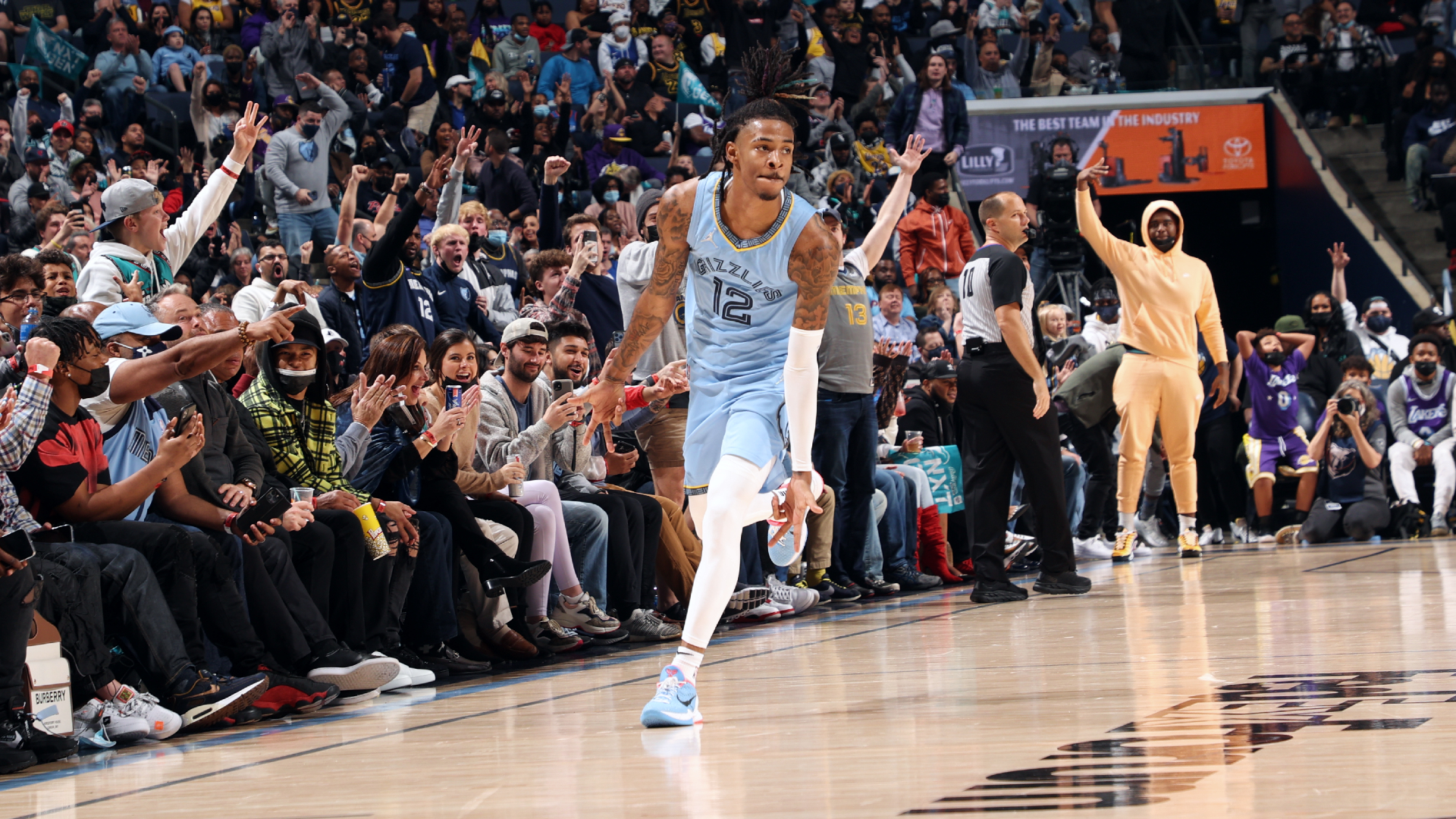 The Memphis Grizzlies are hot. They’ve won three straight games and have established a firm footing in fourth place in the Western Conference.

After dismantling an elite Phoenix Suns team, the Grizzlies went back home and handled the business against a slumping Los Angeles Lakers, 104-99.

LeBron James did his best royalty effort to shoot the Lakers into victory, but his 37 points on eight 3s (complemented by a Russell Westbrook triple-double) still weren’t enough to take down the Grizzlies. The Lakers had a chance to tie the game in their final possession, but James uncharacteristically threw the ball right in the hands of the Grizzlies.

Ja Morant, who hit the last-second game-winner versus the Suns, was on fire. He drained a career-high six 3s for 41 huge points. He was just unstoppable. Morant now has three 40-point games as a Grizzly, the most in franchise history.

The Lakers have lost six of their last seven games, despite getting Herculian numbers from James in all but one game. Good thing his 3s are going down for LA.

What didn’t go down, on the other hand, was the long ball for the Boston Celtics. In a loss to the Los Angeles Clippers, the Celtics shot a horrendous 4-of-42 from long range.

Boston played without Jayson Tatum, but Jaylen Brown was there to pick up the slack in shot-taking. Unfortunately, it didn’t translate to shot-making. Brown hit just one of his 13 3-point attempts and was the only starter to hit a 3.

It was the reverse of a historic night the Celtics would’ve wanted. They need to find their stroke back if they want their three-game skid to end. They got Phoenix next.

The Detroit Pistons threatened, so Alec Burks retaliated. Burks scored 19 of his career-high tying 34 points to help get the New York Knicks the win.

Devin Booker was also in retaliation mode after a heartbreaker of a loss to the Grizzlies. He poured a season-high tying 38 points on the Oklahoma City Thunder.

Booker is now the seventh youngest player in league history to score 10,000 points.

😅 We all make mistakes! pic.twitter.com/8q5rWhZQnb

On a more legit and correct note, Chimezie Metu said good night to the Dallas Mavericks via a buzzer-beating 3: