The Nets and Timberwolves advanced to the postseason with wins on Wednesday. 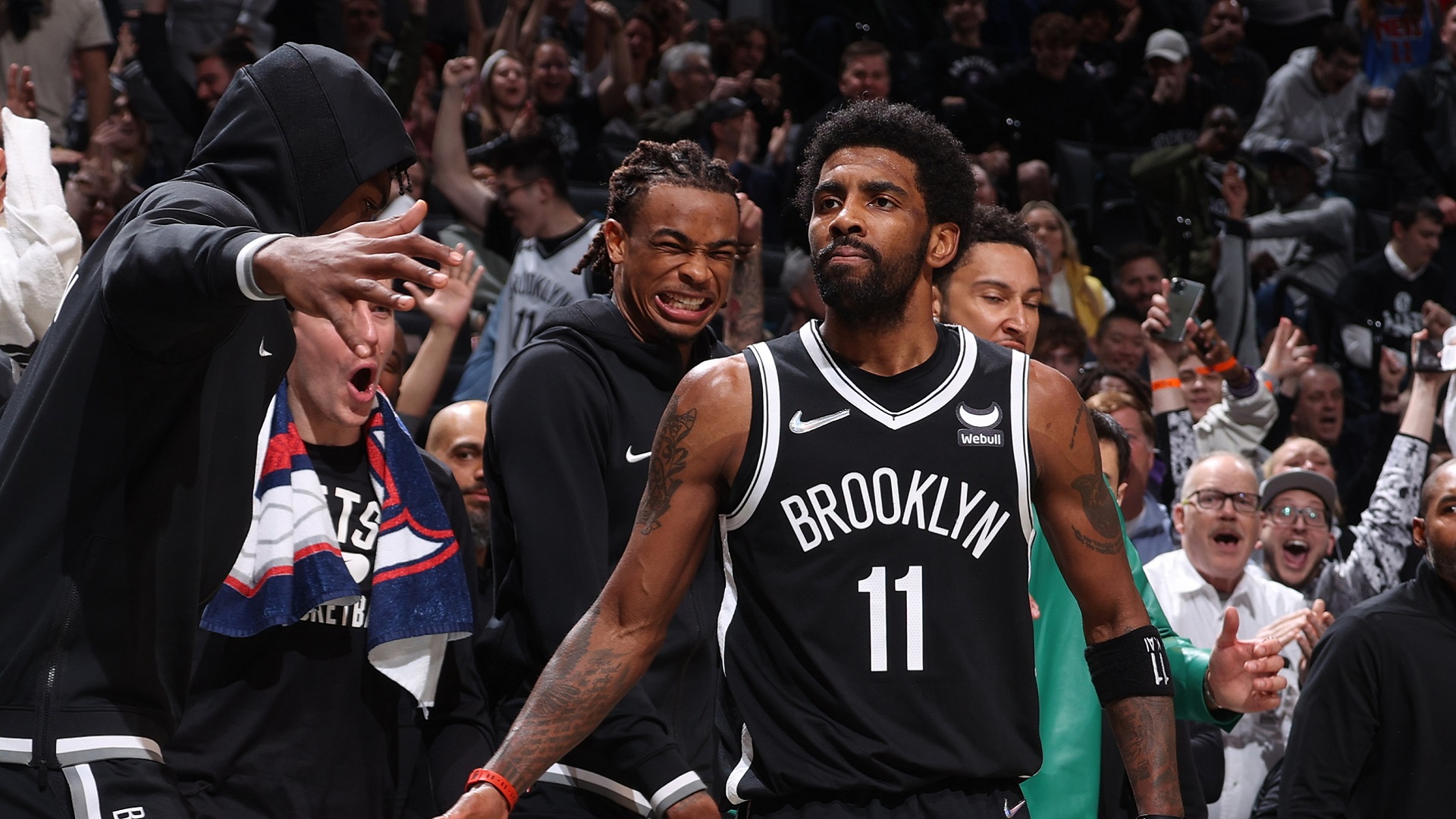 The Brooklyn Nets came into the play-in with bad intentions. Kyrie Irving, in particular, planned not to miss any shot he put up. He almost did it too. Irving was a perfect 9-of-9 in the first half, capping it off with a very Kyrie-esque fall-away jumper at the buzzer. He went on to make two more shots in the third quarter before missing his 12th attempt. Irving finished with 34 points on 12-of-15 shooting.

That’s just one-half of Cleveland’s problem. Kevin Durant was equally efficient, making 56 percent of his shots for 25 points. He added 11 assists, five rebounds, two steals, and three blocks. How do you beat this?

Kevin Durant knocks down back-to-back J's to make it a 10 point game late!

The Nets lead by 10 in the #MetaQuestPlayIn on TNT pic.twitter.com/YOlI6LRaNe

The Cleveland Cavaliers tried their hardest. Despite being down 20 in the first quarter, where the Nets dropped an insane 40 points, the Cavs hung around at Barclays Center like an unwanted guest who couldn’t take hints. As Irving kept making shots, so did Darius Garland. The first-time Cavs All-Star matched Irving’s 34 points, but it just wasn’t enough to erase the lead.

The Cavs came as close as six points in the final minute, but by then, they moved with the energy of a team that had been playing catchup since tip-off. They’ll get another shot at a playoff spot when they face the winner of the Atlanta Hawks-Charlotte Hornets game.

On the West side of things, the Minnesota Timberwolves one-two punched through a playoff spot with Anthony Edwards and D’Angelo Russell teaming up to beat the Los Angeles Clippers. With Karl-Anthony Edwards handcuffed the entire game due to fouls (eventually fouling out more than halfway in the fourth), Edwards and Russell took turns delivering the big baskets the Wolves needed.

Edwards scored 30 while Russell poured in 29 of his own to erase a 10-point Clippers lead in the final stretch. It was a crazy, loud, back-and-forth game that ended with the Wolves’ calling card: an Ant-Man highlight, D’Lo big 3, and Pat Beverley inciting the crowd.

They’ll meet the equally crazy and loud Memphis Grizzlies in the first round.

Kyrie Irving and Kevin Durant are making headlines, rightfully so, but a huge chunk of credit should also go to Bruce Brown. When the ball wasn't in the hands of either Irving or Durant, it was in Brown’s. And he did great things with it. Brown threw the correct pass several times and cleared the boards when needed, finishing with eight assists and nine rebounds. He also chipped in 18 points.

The Cavaliers’ run could have wrapped up when both Collin Sexton and Jarrett Allen went down with season-ending injuries, but Darius Garland just wouldn’t allow it. Garland showed up in his first play-in game and led the Cavs with 34 points.

Amid the heroics of Edwards and Russell is the underrated contribution of Patrick Beverley. The former Clipper stepped up and was a force in the rebounding department. He hauled down 11 rebounds while chipping in seven points, a steal, and a block.

PatBev’s contributions stand out, but also big-time in moving past the Clippers were Jarred Vanderbilt’s 10 boards and Malik Beasley’s 12 points off the bench.

The Nets are moving onto bigger things in the playoffs, but a lot of things had to go down first at the postgame press conference–from Bruce Brown saying the Nets can attack the paint without Robert Williams to KD saying it must’ve been the caffeine talking. A lot of things.

-Bruce brown says that with Robert Williams out, the Nets can go at #celtics bigs Al Horford and D. Theis.
-Durant finds out, doesn't like it.
-Kyrie says 'I love you.'
KD says it's Brown's "caffeine pride talking."
Then Durant explains why he was mad. pic.twitter.com/9A5bPeAf6l

Anthony Edwards has one of these almost every game. He saved the best one for an all-important play-in moment.