A lot of action on a 12-game Tuesday (PHT), including poster dunks from Kyle Kuzma and Russell Westbrook and a season-high 48 from Devin Booker. 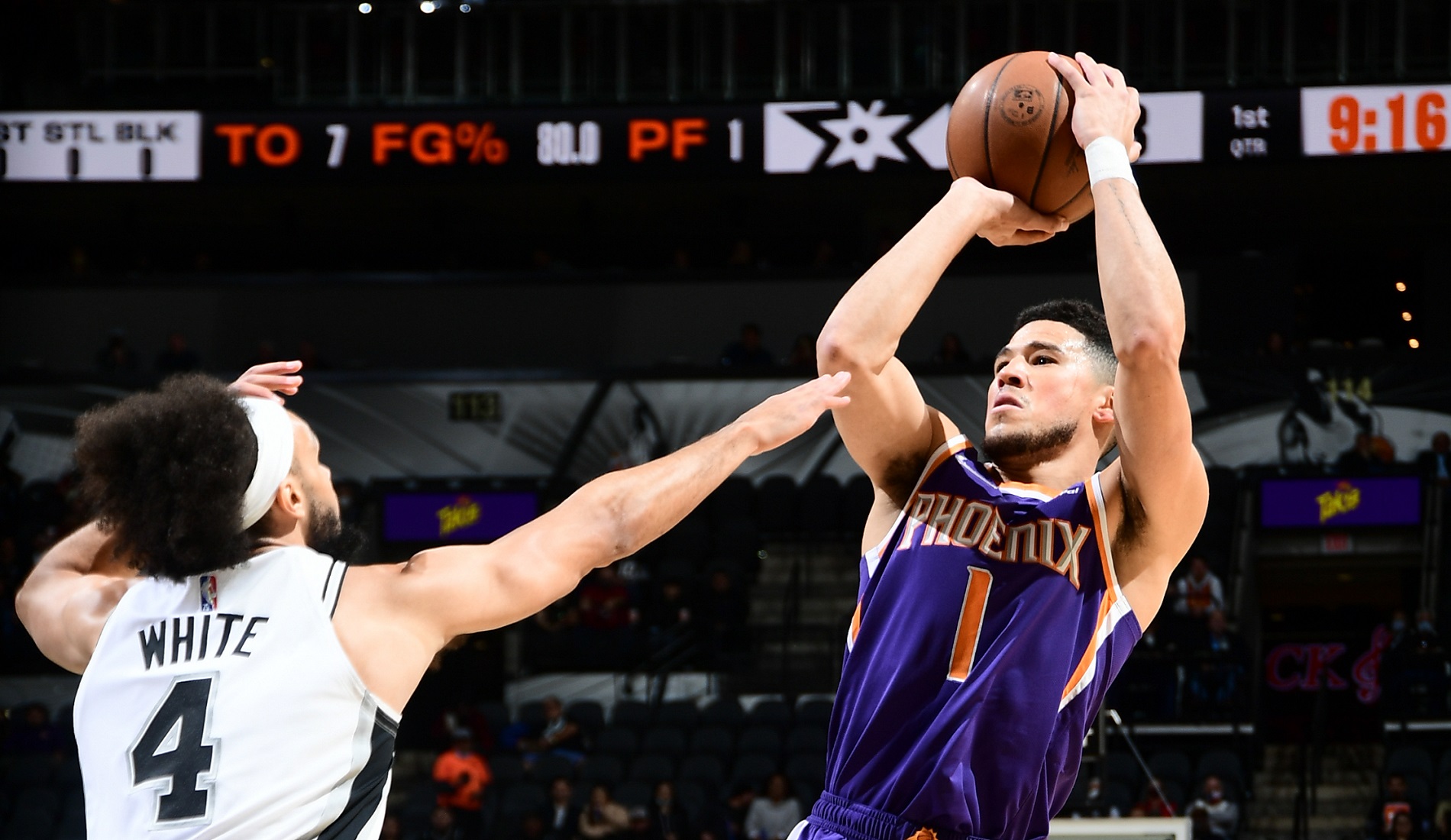 Twelve games for 12 straight hours—that’s how you know the NBA loves its audience. A full slate like this is guaranteed to have almost everything: posters, comeback wins, blowouts, crazy stats, and a Kyrie Irving sighting.

There weren’t any games decided by buzzer-beaters but a couple of games were more competitive than the scoreboard suggests.

On posters, Kyle Kuzma had a good one over Joel Embiid (see below). Raptors rookie Scottie Barnes had a dangerous one over the Miami Heat. Russell Westbrook had an emphatic, no-regard-for-human-life one over three-time Defensive Player of the Year Rudy Gobert.

On comeback wins and blowouts, the Milwaukee Bucks threatened to blow out the Atlanta Hawks out of their own arena. Trae Young won’t allow it. Young (30 points and 11 assists) led the Hawks to a seven-point win despite being down 14 points.

Aside from Young, several players dropped crazy numbers on their defenders on the way to a victory. Luka Doncic (20 points, 11 rebounds, and 12 assists) and Jimmy Butler (19 points, 10 rebounds, and 10 assists) did a bunch of things to lead their respective teams to Ws. Jusuf Nurkic was unstoppable versus the Orlando Magic, hanging a 21 point, 22-rebound game in CJ McCollum’s return.

There was also a Kyrie Irving sighting in Brooklyn Nets’ road game versus Irving’s former team Cleveland Cavaliers. However, it was Darius Garland who looked like a young, better version of Irving. Garland scored 22 points and dished out 12 assists in the win against the Nets, who definitely needed Kevin Durant.

It was an important victory for the Cavs, a team that is dangerously close to claiming the top spot in the East–despite playing without the star power of Collin Sexton and the leadership of Ricky Rubio.

Four teams in the East have 27 wins, with the Chicago Bulls leading the pack with only 15 losses. The Nets have 16 losses; the Bucks with 19. With their fifth-straight win, the Cavs are now 27-18, making an exciting mess of the Eastern Conference standings.

Ja Morant and Desmond Bane combined for 50 points in a big win against the East’s best Chicago Bulls. Their respective stat lines are probably the closest we’ll get to a box score version of the Spider-Man-pointing-at-Spider-Man meme:

Devin Booker, meanwhile, woke up and chose buckets versus the San Antonio Spurs. Not sure why he wanted to do Gregg Popovich like that, but Book went for it the moment the ball was tipped.

He finished with a season-high 48 points. Booker and the Suns have won three straight since his close encounter with a raptor.

Once upon a time, Los Angeles Laker Kyle Kuzma tried to put Joel Embiid on a poster and came close.

Kuzma finally gets his poster on Embiid.

It took a while, but Washington Wizard Kuz finally succeeded:

KYLE KUZMA RIGHT DOWN THE LANE 😳

This is what Kuzma said about the play post-game:

"It wasn't that nasty, honestly. I dunked on him, but it wasn't that spectacular. I'm half white so I didn't really get up that high. I'm just glad I got there."

It hasn’t been a good couple of days for Russell Westbrook and, for someone as talented as him, a play like this has been long overdue:

More than the poster on Rudy Gobert, the LA Lakers got a big win, ending a three-game losing streak.