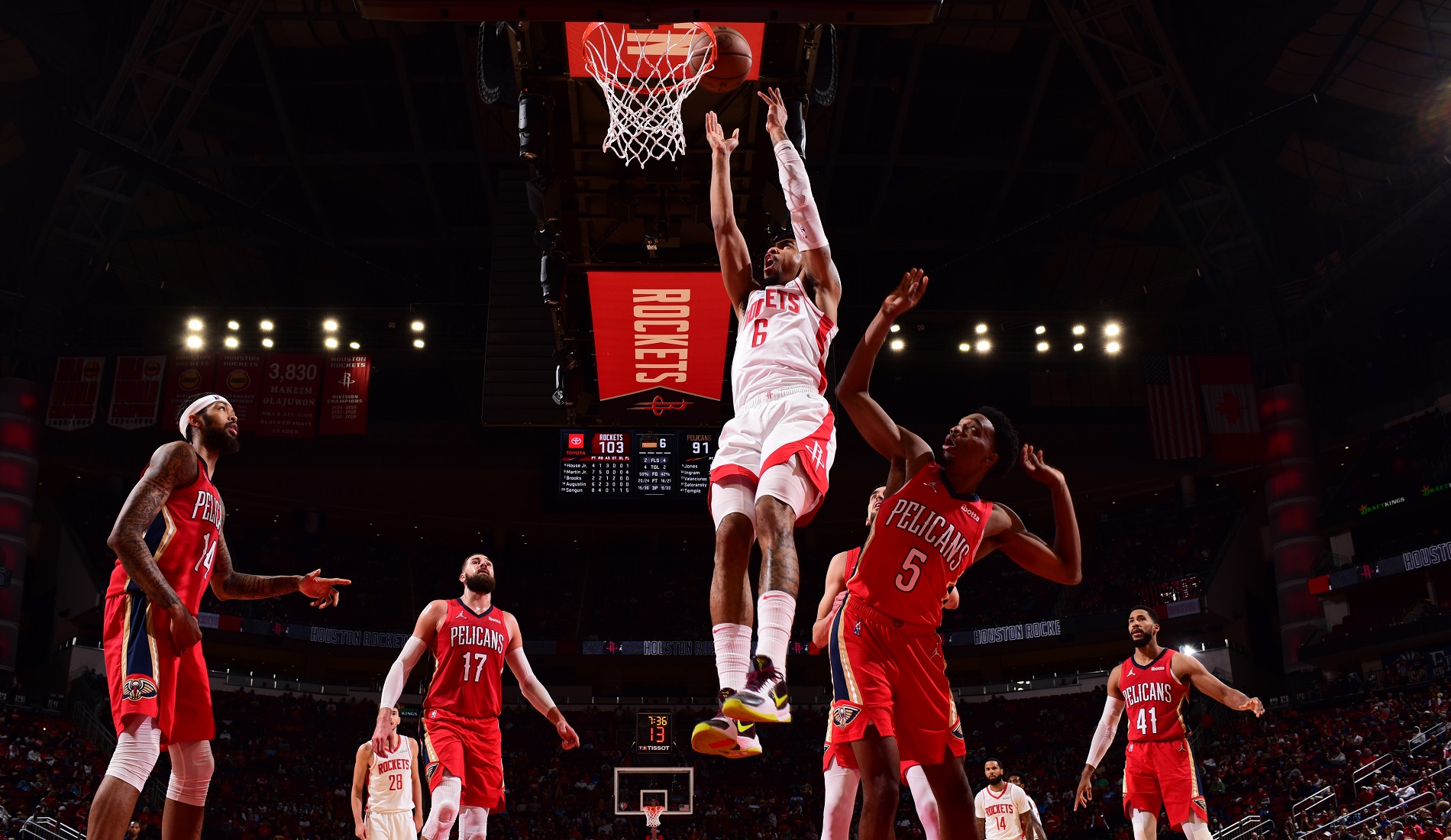 Don't look now, but the Houston Rockets own the longest winning streak in the NBA after beating the New Orleans Pelicans for their sixth consecutive dub.

It's been a wild ride for this Rockets team this season, mostly because of how bad they’ve been. They only had one win in 17 games prior to this win streak and were on pace for the worst record ever.

Even wilder have been the stars of this turnaround. The Rockets have had to play without Jalen Green for the last four games due to a hamstring injury, while Kevin Porter Jr. was limited in Houston’s prior two outings due to a thigh injury before being sidelined versus the Pelicans.

Without their young starting backcourt, the Rockets took the opportunity to play more of their veterans in Eric Gordon and DJ Augustin, as well as some hungry G-League call-ups in Garrison Matthews and Armoni Brooks. The result has been some pretty convincing wins not just against fellow cellar-dwellers like the  Oklahoma City Thunder, but also against solid playoff contenders like the Charlotte Hornets and Chicago Bulls.

It’s no secret that the Rockets aren’t planning on making the playoffs this season. But a few short win streaks here and there shouldn’t hurt their chances at another top pick in the upcoming draft.

It's going to be a rough next few weeks for the Charlotte Hornets with both LaMelo Ball and Terry Rozier out due to health and safety protocols.

Luckily, Miles Bridges seems ready to take another leap. The leading candidate for Most Improved Player led the Hornets to a win over the Atlanta Hawks – their first game without their starting backcourt duo – with 32 points on 11-for-15 shooting, four rebounds, four assists, three steals, and one block.

Miles Bridges also hit the dagger midrange shot to put the game out of reach with a minute left in the game. The Hornets also got a huge four-point play and 28 points from the always nifty Kelly Oubre Jr.

Is Kareem Abdul-Jabbar beefing with LeBron James? Probably not. But he did have a problem with James’ big-balls celebration.

“For me, winning is enough. Why do you need to do a stupid, childish dance and disrespect the other team on the court? It doesn’t make sense. GOATs don’t dance,” Abdul-Jabbar said through a video on his newsletter.

Abdul-Jabbar has always been vocal off the court and more stoic on the court, so it makes sense that he doesn’t care for James’ celebration. He famously held Magic Johnson back from celebrating game-winners in the regular season. He’s also spoken out about James before, taking issue with the current Laker star’s stance on mandatory COVID-19 vaccinations.

Daniel Gafford didn’t have a good day at work. First, he gets spun around by Fred VanVleet:

"Spin it around the back, put it back up and through!"

Then, Chris Boucher yams one on him for a good ol’ fashioned Kodak moment: